Study reveals how cells work to keep inflammation in check

Study reveals how cells work to keep inflammation in check 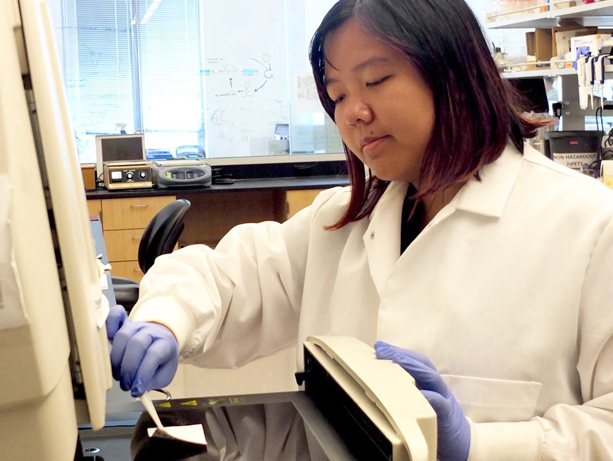 A new study by University of Washington researchers reveals how cells keep inflammation in check by secreting protein antagonists that bind to and block inflammatory signals from white cells.

The findings should help scientists to better understand and develop more effective treatments for a wide variety of inflammatory disorders.

“Our findings show how cells use these binding proteins to act as a kind of rheostat that can fine-tune the inflammatory response,” said Ram Savan, a UW assistant professor of immunology, who led the research. The results of the study appear today in Science Signaling.

The researchers focused on proteins that block a signaling protein, interleukin-22, or IL-22, which is released by immune cells called lymphocytes. Depending on where in the body IL-22 is secreted, it can have protective effects on the skin, digestive tract, lungs and liver.

But it can also spur inflammation if poorly controlled. A number of drugs targeting IL-22 are in clinical trials for the treatment of psoriasis, rheumatoid arthritis and atopic dermatitis.

The researchers were exploring how the body controls inflammation triggered by IL-22. Studies in mice have shown that the effect of IL-22 could be blocked by a protein released by other immune cells, myeloid cells, called IL-22 binding protein, or IL-22BP. In humans, however, there are three forms of the IL-22 binding proteins, and how they work is not well understood.

In their research, lead author Chrissie Lim, research technician MeeAe Hong and Savan used molecular biology and cell culture techniques to work out where the three binding proteins were produced and how they affected IL-22 signaling.

The first binding protein, IL-22BPi1, did not leave the cells, and so had no apparent effect on IL-22 signaling. The other two binding proteins, however, appear to play distinct but related roles.

IL-22BPi3 is a relatively weaker inhibitor. Tissue cells release large amounts of IL-22BPi3 most of the time, and its role appears to be to temper the fluctuating levels of IL-22 to protect tissues from unnecessary inflammation.

IL-22BPi2 binds much more strongly to the IL-22 protein. Myeloid cells release this protein later in an infection or inflammatory response, apparently to shut down inflammation so that healing and tissue repair can begin.

The researchers then looked at how they could effect an immune response involving IL-22 and another inflammation-signaling protein called IL-17. Together these proteins cooperate to drive a robust immune response seen in such diseases as multiple sclerosis, inflammatory bowel disease and psoriasis.

Their findings confirmed the role of IL-22BPs in modulating inflammatory response.

“Overall, we have demonstrated that humans have evolved to fine-tune IL-22-mediated inflammation. Details of this mechanism enable better design of treatments for inflammatory disorders driven by IL-22 signaling,” Savan said.

This work was partly funded by the University of Washington Department of Immunology  and the Agency for Science, Technology and Research in Singapore.