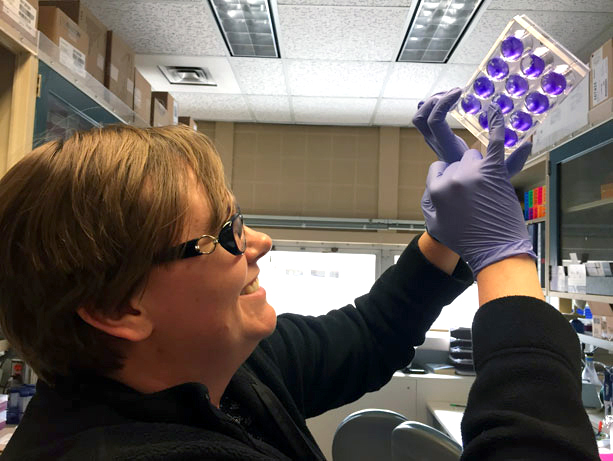 The researchers suspected that two proteins activated in the unfolded-protein response, X-box binding protein 1 (XBP1) and inositol-requiring enzyme 1-alpha (IRE1-alpha), helped fight viral infection by promoting the production of infection-fighting proteins called interferons. To test their hypothesis, they used cells that did not have the genes for making the XBP1 to see if it made the cells more susceptible to infection.

Further study revealed that the lack of XBP1 activated the other protein they were studying, IRE1-alpha, which when activated acted on other factors that blocked apoptosis.

To see what role this blockade might play in patients with viral infections, the researchers looked at cells infected by hepatitis C. They demonstrated that the virus encodes a protein that also activates IRE1-alpha, promoting the survival of infected cells and viral replication.

“The finding suggests that drugs that target this effect of activated IRE1-alpha could be effective against hepatitis C and other viral infections,” Fink said.