Study disfavors early imaging for new back pain in seniors

Study disfavors early imaging for new back pain in seniors 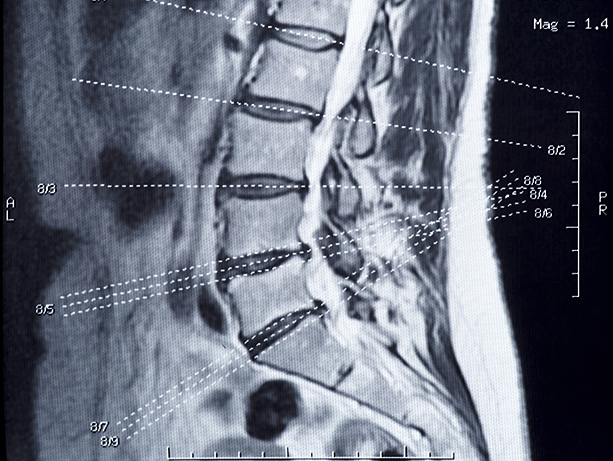 Older patients with low-back pain who have imaging studies such as X-rays, MRI (magnetic resonance imaging) and CT (computed tomography) scans of their spines within six weeks of the emergence of new pain tend to use more health services and incur higher costs but do no better, one year afterward, than those who have imaging studies later or not at all, a new study finds.

“Our study suggests that adults age 65 and older should not be treated differently than younger adults, with respect to low-back imaging,” said Dr. Jeffrey Jarvik, UW professor of radiology, health services and neurological surgery at the University of Washington. He is the study’s lead author.

Most guidelines for the care of low-back pain do not recommend routine imaging for young and middle-age patients with new low-back pain unless certain “red flags” exist in the patient's health history, such as cancer or being immunocompromised.

These recommendations are based on previous research that found that such early imaging did not seem beneficial and could lead to additional tests and treatments that were not only expensive but in some cases harmful. Many guidelines, however, explicitly excluded older adults from these restrictions; few research studies had examined the issue in patients 65 and older, so it was unclear whether these recommendations should apply.

Flickr | Michael Dorausch
Researchers compared outcomes of senior-age patients who had spine X-rays (above) or CT or MRI scans and those who didn't.
spine X-ray

Researchers identified 1,354 patients who had either an X-ray (1,174) or an MRI / CT scan (349) of their lower spine within six weeks of their first visit for the problem. They then compared how well these patients did with a group of closely-matched controls: patients similar in age, sex, race, education, pain severity, back pain-related physical limitations, and previous use of health service resources – but who had imaging after six weeks or not at all.

One year later, no statistically significant differences existed between the two groups in the level of pain or disability they reported, the researchers found. However, costs at one year out were 27% higher ($1,380 more per patient, on average) for those who underwent an early X-ray and 30% higher ($1,430 more) among those who underwent a CT or MRI scan.

“Our findings suggest that in the absence of red flags, older adults newly seeking care for low back pain should not undergo immediate spine imaging, but like younger adults, should wait at least six weeks before being imaged,” Jarvik said.

Contributors to the study also involved the Brigham and Women’s Hospital and Spine Unit in Boston, the Henry Ford Hospital and Health System in Detroit; Northern California Kaiser Permanente in Oakland; the U.S. National Insitutes of Health in Bethesda, Md., and the Oregon Health & Science University in Portland.

The study was funded by grants from the U.S. Agency for Healthcare Research and Quality (1RO1HS01922201 and 1RO1HS022972-01) and the National Institutes of Health’s Intramural Research Program.