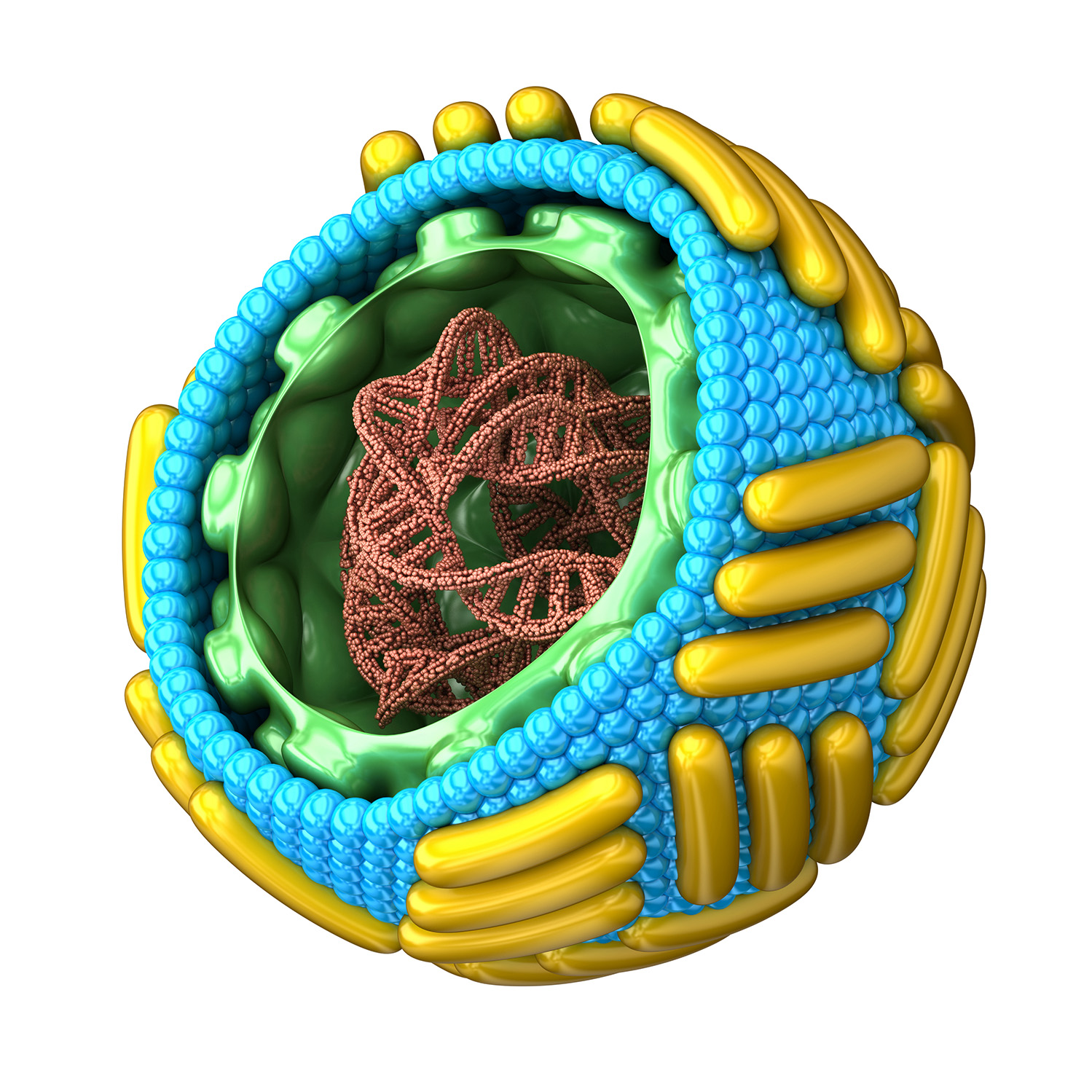 For the first time, abnormal brain development following a Zika infection during pregnancy has been documented experimentally in the offspring of a non-human primate.

The researchers’ observations of how Zika virus arrested fetal brain formation in a pigtail macaque could provide a model for testing therapeutic interventions.

The findings are reported Sept. 12 in Nature Medicine. Read the scientific paper.

“Our results remove any lingering doubt that the Zika virus is incredibly dangerous to the developing fetus and provides details as to how the brain injury develops,” noted Dr. Kristina Adams Waldorf, the lead author of the study. She is a UW Medicine physician and researcher, and a University of Washington professor of obstetrics and gynecology who specializes in maternal and fetal infections.

“This study brings us closer to determining if a Zika vaccine or therapy will prevent fetal brain injury, but also be safe to take in pregnancy,” she added.

“This is the only direct evidence that shows that the Zika virus can cross the placenta late in pregnancy and affect the fetal brain by shutting down certain aspects of brain development,” said one of the study’s senior authors, Dr. Michael Gale Jr., a UW professor of immunology. An expert on how the body responds to viruses, he directs the UW Medicine Center for Innate Immunity and Immune Disease.

Gale explained that the study results met Koch’s Postulate, which establishes the criteria for determining if a microorganism is a causative agent for a disease or disorder.

“We were shocked when we saw the first MRI [magnetic resonance image] of the fetal brain 10 days after viral inoculation.  We had not predicted that such a large area of the fetal brain would be damaged so quickly,” Rajagopal noted. “Our results suggest that a therapy to prevent fetal brain injury must either be a vaccine or a prophylactic medicine taken at the time of the mosquito bite to neutralize the virus.”

She added, “By the time a pregnant woman develops symptoms, the fetal brain may already be affected and damaged.”

“Our entire team is deeply committed to developing an animal model in which we can rapidly test a vaccine or therapy to determine if we can prevent fetal brain injury caused by the Zika virus,” said Adams Waldorf.

Primates, including people, are an order of mammals that share many features of brain development.  Non-human and human primates’ gestations also have key similarities.  These include the structure of the placenta, the timing of nerve and brain development, and the resulting proportions of gray and white matter in the brain. Previously, no experimental animal model closely emulated the effects of Zika virus infection during human pregnancy.   While the virus can cause fetal demise in mice, mouse models have not enabled medical researchers to delve into the causal relationships between Zika virus infection and fetal brain injury.

The Zika virus is transmitted by certain types of mosquitoes, including the Aedes egypti mosquito.

Thinkstock/Evgeny Gromov
The Zika virus is transmitted by certain types of mosquitoes, including the Aedes egypti mosquito
mosquito art

It is a flavivirus, part of a group of insect-carried viruses that cause illness throughout the world.  Other mosquito-borne flaviviruses are West Nile virus, Dengue virus, Yellow Fever virus, and the Japanese encephalitis virus.  In some cases, those infections can become complicated by severe nervous system inflammation. In contrast, the symptoms of a Zika virus infection are often milder.  Some people have no symptoms and others develop fever, muscle aches, rash, and sore, swollen eyes.  However, contracting the Zika virus during pregnancy is a serious concern, because the fetal brain may be destroyed or quit developing.

The Zika prenatal study took place during the equivalent of the third trimester of a human gestation.  The amount of virus inoculated in this study approximated what a person might contract from the probing and biting of an infected, feeding mosquito. The pregnant animal did not show any significant symptoms of infection, such as fever or rash.  The white matter of the fetal brain, which is important for coordinating communication between different parts of the brain, stopped growing about three weeks after viral inoculation. If the study continued one additional month with the same trajectory of brain growth, microcephaly, a condition where the brain is abnormally small, would have occurred.

An MRI image of the fetal brain in a Zika virus infected primate. The large white region is abnormal and indicates an accumulation of fluid in the brain.
MRI fetal brain Zika damage

The researchers in the Nature Medicine study listed some brain development problems that could affect some infants whose mothers had a Zika virus infection during pregnancy.  These might include a loss of brain cells and brain cell connections, enlargement of the fluid-containing brain cavities, a smaller-than-normal hindbrain (a part of the brain that controls movement and other functions), and vision problems from disruptions in the optic nerve. In addition, they found that the Zika viral genome was also present in other fetal tissues including, eye, liver and kidney.

This research revealed conclusively that the Zika virus had crossed from the mother through the placenta and into the fetal brain.  In fact, Gale pointed out, the virus level in the fetus’s brain was higher than that in the mother.

A big question, Gale said, was how long the virus stays in the system during pregnancy and fetal development. He explained that the presence of the Zika virus in some way perturbs the normal balance of brain development by pushing the brain to build up too much supportive structure and not enough nerve cell structure.  This alters the brain shape, size and function. The Zika virus used in the study was a 2010 Cambodian strain that is nearly genetically identical to the strain now found in Brazil.

UW Medicine was ready and able to launch the study about six months ago because of the resources and expertise it had in place:  a well-established team to study infections and fetal injury in pregnancy, the Center for Innate Immunity and Immune Diseases, the Washington National Primate Research Center, the Seattle Children’s Research Institute Center for Integrative Brain Research and the Center for Global Infectious Disease Research, and other units.  Gale also credited the assistance of the Center for Human Immunology and Immunotherapy Programs at Washington University in St. Louis.

“We want to be a part of the solution to ending the Zika epidemic, but need funds to continue our research and test new, promising therapeutics,” said UW Medicine obstetrician/gynecologist Dr. Kristina Adams Waldorf.  She explained that the U.S. Congress continues to be plagued by gridlock and funding for Zika research remains elusive. With uncertainty surrounding when federal funds may become available, the researchers are asking the community and private donors to come forward to help meet the critical need for research funds to rapidly test new Zika therapies.

“We are losing part of a generation to Zika and simply cannot stand by and wait for Congressional funding that never comes,” Adams Waldorf said.

If you would like to be part of the Zika solution by contributing to this urgent need, please contact Stephanie Pietromonaco, assistant director for philanthropy, at 206.616.1252 or spietro@uw.edu. Thank you for your interest in UW Medicine's Zika research.