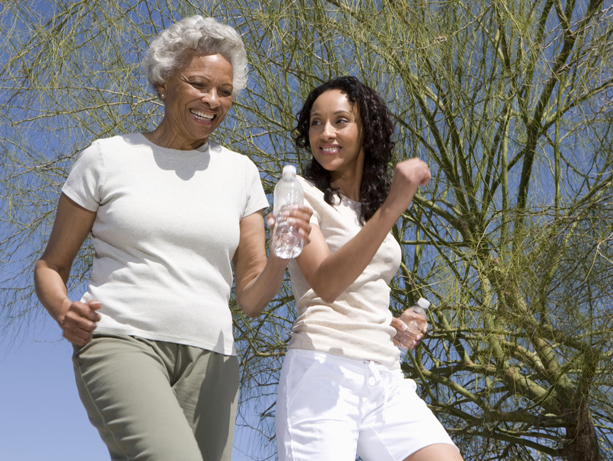 Karalee Jacobs noticed her mother, Alice, becoming more forgetful and anxious back in 2007, but she just attributed it to age. A few years later, a family friend and retired nurse expressed concern about Alice’s state, which led to an MRI that showed evidence of several mini strokes. The neurologist recommended speech therapy and a full physical exam.

Karalee, who worked 30 hours a week as an accountant with Everett Public Schools, hired two caregivers for weekdays and took over care duties on evenings and weekends.

Caregiving, she said, did not come naturally.

“I’m not a mom, so the weight of the responsibility hit me almost like I was a new parent. I wanted to protect her completely. I was overwhelmed.”

By August 2014, five months after Alice’s diagnosis, Karalee needed help. She was exhausted and her close relationship with her mother was deteriorating. At a friend's suggestion, she connected with a nearby program: Reducing Disabilities in Alzheimer’s Disease (RDAD).

RDAD emerged more than a decade ago as a study by Linda Teri, a professor in the UW School of Nursing. The question: Could moderate exercise and cognitive therapy improve physical ability and delay the need for institutionalization of dementia patients?

In the study, a treatment group received 12 one-hour sessions over 11 weeks, plus three follow-up sessions that focused on training the caregiver and exercise for both patient and caregiver. The results were remarkable: Two years later, only 19 percent of the patients in the treatment group had been institutionalized, compared with 50 percent of the control group, which had received no such therapy.

Karalee signed up and had her first session with trainer Jennifer Jones soon after.

“I started doing the RDAD exercises for [Alice’s] sake, but found out that behavior modification for me … made my role as a caregiver possible,” Karalee said. “I don’t know what my life would have been like without this study or without Jennifer Jones.”

Linda Teri directs the Northwest Roybal Center for Translational Research on Aging at the UW School of Nursing.
picture of Linda Teri

Today the pair still enjoy the peace and improved quality of life that came from the program.

“My mom is still sweet,” Karalee said. “We laugh, we giggle. She doesn’t know what month it is, or who other people are, but she wants to go do her exercises.”

As Baby Boomers become older adults, programs similar to RDAD must be implemented to a help much larger populations of aging adults. Teri now directs the Northwest Roybal Center for Translational Research on Aging, one of several such centers focused on transforming valuable research into practice.

Funded by the National Institute on Aging, the Roybal Center doesn’t just foster research, it pushes it out the door and into lives of aging adults -- "so we can improve the care of older adults and their caregivers," Teri said. “That has always been our primary goal.”