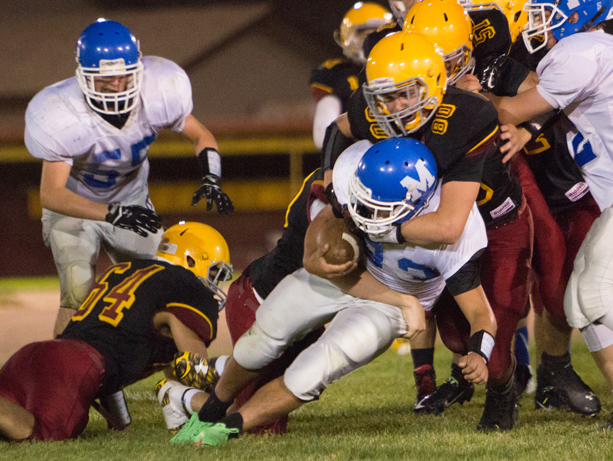 In his final season of high school football, Kenley Unruh ("un-roo") took a hard hit, leaving him dizzy. But he stayed in the game “since I wasn’t falling over or passing out,” he recalled.

“Shrugging it off” was common in 2008, one year before Washington enacted the Zackery Lystedt Law and started a national conversation about teen sports concussions. The law prohibits young athletes from returning to play or practice without a health official’s approval. It has since been adopted in every state.

Given his own experience, Unruh, now 26 and a second-year University of Washington medical student in Spokane, wanted to give back to a community and a game he still loves.

He created a concussion protocol to prevent injured players in small school districts from returning to play before they are evaluated and deemed ready. Unruh’s project fulfills a requirement of his educational program – TRUST (Targeted Rural Underserved Track) – to create a care model to assist the rural communities where he received training.

His preceptor, Dr. Andrew Castrodale, helped Unruh launch the protocol at Lake Roosevelt High School in Grand Coulee, Washington. It will be employed not only with football, but with all sports teams across the district.

“This helps our community quite a lot,” Castrodale said. The protocol, and especially the online cognitive testing, “is a nice piece of information to put into the whole picture.”

Unruh’s protocol is a step-by-step guide for parents, coaches and local hospitals to keep young athletes from returning to the play prematurely. It requires signoff from stakeholders about how an athlete will be tested before the season, and in the case that a concussion is suspected.  It gives guidance on detecting that a concussion has occurred.

“Sometimes the symptoms are very subtle,” Unruh said. “Sometimes there is not the nausea or dizziness, but just an inability to focus.”

Key to the protocol is an online cognitive test that athletes must take before the season begins, he said. That creates a baseline measure for comparison if an in-game injury is suspected, and gives objective support to a decision to remove an athlete from play.

Many smaller school districts have no athletic trainers; parents often volunteer as coaches and sideline aides.

“We are really excited to advance this program,” she said.

“The kid doesn’t play until he or she is formally cleared,” said Oliver, who laughingly referred to himself as “not a type A guy.”

“I care about the kids. Football, as I see it, is another way to teach students to grow up,” he said.