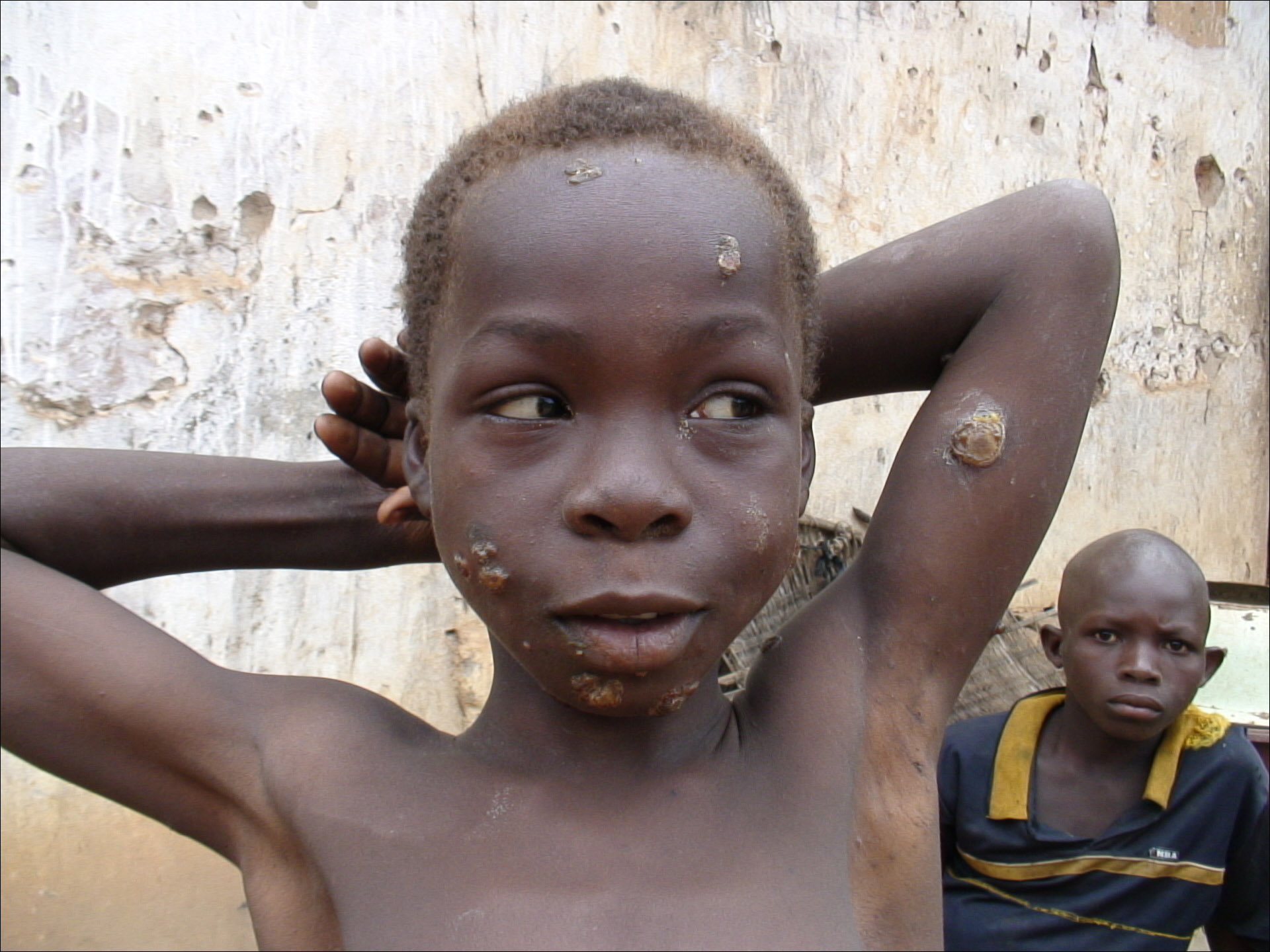 A strategy proposed by the World Health Organization to reduce the transmission and prevalence of yaws passed an initial test of its effectiveness. Yaws is a chronic tropical disease that damages the skin, bones and joints and can cause painful swelling, scarring and deformities. The bacterial infection is transmitted by skin to skin contact, primarily among children.

The findings are reported Feb. 19 in the New England Journal of Medicine. The results provide empirical data supporting an approach called the Morges Strategy, named for the Swiss city where the WHO met in 2012 to devise new treatment policies for yaws. The goal is to eradicate the disease worldwide within the next five years.

Yaws is one of 17 neglected tropical diseases for which WHO is intensifying control measures. This highly contagious infection is prevalent in 12 very poor countries where people have little access to health-care services and live in poor hygienic conditions. Watch the New England Journal of Medicine animation explaining yaws.

Researchers from the Barcelona Institute for Global Health Spain led the study. The University of Washington was one of seven other institutions participating in the international collaboration.

During the study, which took place in Papua New Guinea, the Morges strategy was implemented in all 28 villages on Lihir Island, where yaws is common. The follow-up screening showed that treating the community with one round of single-dose oral azithromycin greatly reduced the transmission and prevalence of yaws.

From April 2013 through May 2014, every resident older than two months of age was offered this antibiotic treatment.  The overall treatment coverage rate was 83.8 percent of the estimated population of 16,092 people.

After the initial mass treatment campaign, researchers returned to the villages every six months to screen for cases of active yaws. They conducted a clinical skin examination of every resident of the area at the time of the survey. At the end of the study, they found that the prevalence of yaws had fallen from 2.4 percent before treatment to 0.3 percent at 12 months. They also found that the percentage of participants with latent yaws – those carrying the disease without active symptoms -- decreased from 18.3 percent to 6.5 percent.

“This study provides empirical data demonstrating that one round of mass treatment significantly reduced the prevalence of disease and transmission in the villages,” commented Oriol Mitjà, an infectious disease specialist at ISGlobal, the Barcelona Institute for Global Health, and the lead author of the paper. “Although a sustained active surveillance and treatment effort will be necessary to achieve zero yaws cases, our data confirm that the WHO strategy has the potential to eradicate this disease.”

Azithromycin is a cheap and effective antibiotic that is easy to administer. The generic form used in this study costs 17 cents for a 500mg tablet, in doses of up to 2g. In 2012, a team of researchers led by Oriol Mitjà and Quique Bassat, an ISGlobal pediatrician,  showed for the first time that a single oral dose of this antibiotic is enough to cure a person with yaws. The WHO developed its yaws control strategy based on this discovery and other information.

The UW’s role in the New Guinea study was to develop and apply sensitive tests for amplifying small segments of DNA to check for the bacterium that causes yaws, Treponema palladium pertenue and another skin pathogen commonly found in chronic skin ulcers in children living in the tropics. UW researcher also tested the yaws pathogen for mutations associated with resistance to azithromycin, the antibiotic used in the study.  The UW is continuing molecular studies to type various strains of yaws. This information helps map the transmission routes of individual strains of the yaws pathogen on Lihir Island.

Other institutions involved in the study, in addition to the Barcelona Institute for Global Health in Spain and the University of Washington in Seattle, were Lihir Medical Centre,the National Department of Health, Institute of Medical Research, all in Papua New Guinea; University of Queensland  in Australia), the London School of Hygiene and Tropical Medicine in the United Kingdom, and the World Health Organization in Geneva.

The article in the New England Journal of Medicine on this work is titled "Mass Treatment with Single-Dose Azithromycin for Yaws."  It is accompanied by the commentary "Eradication of Yaws: A Goal Finally Within Reach."