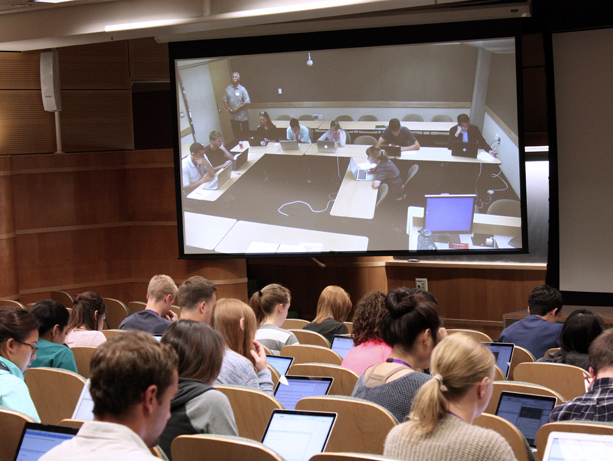 The University of Washington School of Dentistry has received a top U.S. award in dental education for its program to improve access to dental care in rural and underserved Washington state.

RIDE accepts eight entrants each year, with students spending their first year at Eastern Washington University's Spokane campus. There they take dental courses from on-site instructors and from School of Dentistry faculty in Seattle, to whom they are connected by a distance-learning network. Dental students also take some classes side-by-side with medical students and dental hygiene students.

After serving a month-long community clinical rotation in the summer after their first year, RIDE students return to Seattle for their second, third and first part of the fourth years. Late in fourth year, they embark on an extended rotation of four to six months at one of several Eastern Washington community clinics that are part of RIDE’s teledentistry network.

These extended rotations increase students’ familiarity with rural and underserved populations. To date, about 70 percent of RIDE graduates have returned to practice in such communities.

“We are very honored to have the RIDE program recognized by the American Dental Education Association,” said Frank Roberts, the program's director. “We are especially grateful for our wonderful partners and the outstanding community health dental clinics of Central and Eastern Washington. We look forward to growing this incredible program.”

The School of Dentistry hopes to expand the RIDE program to 30 students a year, and has already begun collaborating with the Montana Dental Association to create clinical rotations in that state. Plans for expansion call for an enhanced Spokane training facility, which would let students also spend their second year of dental school in Spokane.

The Gies awards began in 2008 and are named after the Columbia University biochemistry professor who is considered the founder of modern dental education.