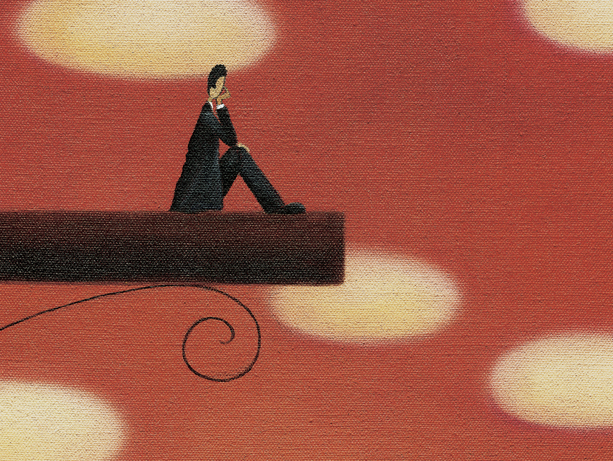 In June 2013, Noranne Skaanland, an avid cyclist, was in the home stretch of a 20-mile bike ride. She had less than a mile to go to her house in Enumclaw, Wash., when a pickup truck cut a corner. The 60-year old mother of three was hit.

Skaanland suffered multiple fractures, lost part of her foot and sustained a severe head injury.  “I don’t remember the accident,” she said, “but I’ve been told that the medics who put me on the helicopter to fly me to Harborview didn’t think I’d survive the flight.”

Over the past two years, however, Skaanland has made steady progress. She credits the hospital's doctors and therapists and the strong support of her family, particularly her husband Thom.

“It was like I had been riding three roller coasters at the same time. One was physical, another was mental and the third was emotional. When only one of the roller coasters was at the bottom, I could deal with it. But now it felt as though all three were at the bottom, and it made me think, ‘What’s the purpose of me being here?’”

Skaanland’s experience is not unusual, said Jesse Fann, a University of Washington professor of psychiatry and behavioral sciences who specializes in the treatment of trauma and cancer patients. Of the nearly 1.5 million people in the United States who sustain a moderate to severe traumatic brain injury, about 30 percent will develop two or more psychiatric disorders in the months and years afterward, he said.

Depression is most common, but anxiety, mood swings, irritability and anger are also common.

Failing to address psychological aspects of brain injury can be devastating for patients, Fann said. “Often their disability is at root neuropsychiatric, and it is these neuropsychiatric issues that keep them from sticking to their rehabilitation programs, maintaining their relationships and reintegrating with society.”

It's can be very difficult to tease apart whether a patient’s psychological symptoms stem more from the brain injury or are a response to the negative effects that the injury has had on a patient’s life, said Skaanland’s therapist, Josh Dyer, a rehabilitation psychologist at Harborview. As a result, the current approach is to treat these problems much as you would other patients with psychological disorders but with consideration of problems they may have with attention, memory and cognition, Dyer said.

With depression, the standard approach would be to prescribe antidepressants and engage the patient in a psychotherapy. With cognitive behavioral therapy, for instance, the therapist helps the patient learn how distorted perceptions affect their mood and how to change those perceptions. The therapist also encourages the patient to engage in pleasant and rewarding behaviors to overcome isolation and improve mood.

“Because brain injury can affect attention and memory, we tend to emphasize the behavioral aspects of the treatment, encouraging people to engage in enjoyable activities,” said Dyer. “The folks that struggle the most are those that go home, shut the door and don’t do much; it’s a trap many fall into. So we start with activation, encouraging people to get out, to experiement a little and try some new things. Then we address the thoughts that might be getting in the way of being active and engaged.”

For Skaanland, the approach seems to have value. She’s been trying to add structure to her day by using a Fitbit to track activity. She is also challenging her memory and reasoning wtih an online brain-training app.

“I realize that I need that structure and consistency” Skaanland said.

She’s has also been learning to better understand how she is really feeling and expressing it in words.

“A year ago, I didn’t have the skills I needed to process my thoughts and say things in a positive way. I got so frustrated that I began to swear! I had never sworn before; we just didn’t swear in my family. Now when I’m frustrated by something, I’ve learned to warn my husband, ‘Thom, I’m getting to the point where I’m going to start swearing.’”

For those who are depressed after a head trauma, the UW has created a program to foster emotional and mental health recovery. It is called LIFT, for Life Improvement Following Traumatic Brain Injury.  Fann directs this effort.