The distinctive signature of the body's response to an unknown virus could suggest preventatives, diagnostics and treatments
Leila Gray
04/08/2014 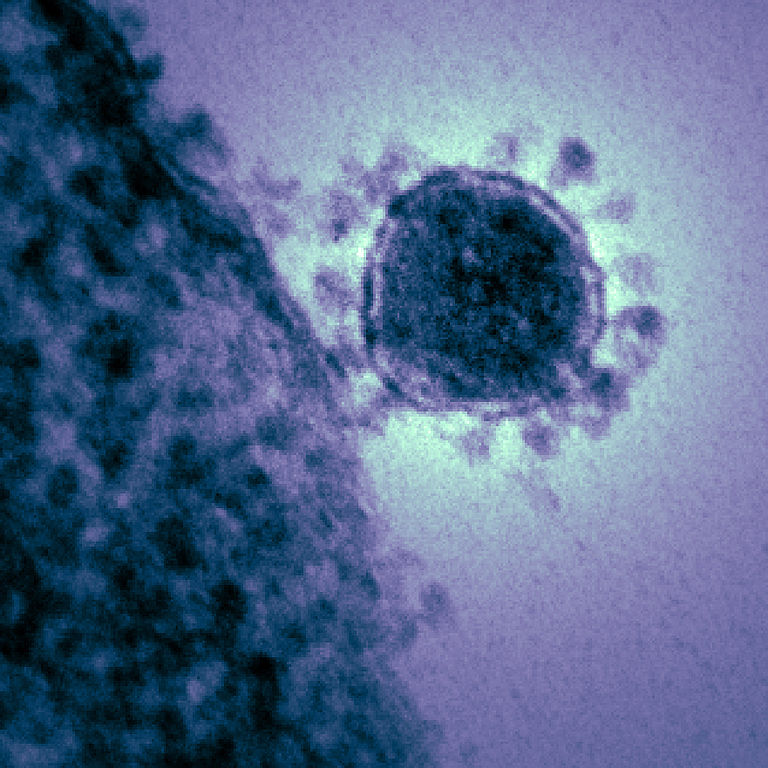 A group of University of Washington scientists is seeking broad, versatile countermeasures effective against several different kinds of viruses and other pathogens. The investigators are part of a national push for faster responses to unexpected infectious agents.  These include newly emerging, unknown pathogens, forgotten ones, those expanding beyond their usual geographic range, or dangerous new strains of old enemies like influenza.

“Emerging viruses are a major threat to global public health, especially because few antivirals are available to treat patients,” noted Michael Katze, UW professor of microbiology who is heading the UW contributions to this effort. “There is a significant need for methods to rapidly identify newly emergent pathogens, but also to guide medical treatments and to quickly contain outbreaks.”

The UW is one of seven institutions across the country recently chosen as part of the Center for Research in Diagnostic and Discovery program, under the auspices of the National Institute of Allergy and Infectious Diseases Centers of Excellence for Translational Research.  The Center brings together experts from across the country in microbial ecology, human and microbe genetics, engineering, public health and many other fields.
In concert, the Center investigators will devise new ways to prevent, detect, track, diagnose and treat emerging and re-emerging infectious diseases and counter bioterrorism.  W. Ian Lipkin of the Mailman School of Public Health at Columbia University is leading the $31 million effort.  Over the next five years, the University of Washington is expected to receive approximately $5 million of this grant from NIAID, part of the National Institutes of Health.

She added that the new Center will allow the Katze lab to leverage its extensive experience with genomics and systems biology to develop new diagnostic tools and prognostic assays. The lab, she noted, also wants to identify drugs that can be repurposed for timely responses to epidemics and biodefense threats.

The National Institute of Allergy and Infectious Diseases reports that it has shifted its strategy away from “one-bug-one-drug” toward building a more flexible, broad-spectrum arsenal against multiple pathogens.

Newly emerging pathogens vary in the degree of illness they cause. Some people can be infected with an unheard-of virus and have no symptoms. Other times, viruses that have never struck a human population before can have lethal manifestations, such as blood loss, brain swelling, or extreme difficulty breathing.

The Katze lab will analyze how infected organisms, their genes, cells and immune systems, and their viral attackers interact with each other.  They will use machine-learning computer modeling, profiles of gene transcriptions and other measures of genome-wide activity, as well as non-linear geometric and other mathematical methods, to discover ways to measure infectious disease severity.  These measurements point out distinctive signatures in the hosts’ reaction to infection.

The signatures might assist in diagnosing illness, predicting disease outcome, and finding new ways of modulating the host response to ward off or tame pathogens.  The researchers will also mine drug databases to uncover existing therapies to repurpose. Their host signature method complements traditional emerging infectious disease or bioterrorism research, which often depends on locating, cultivating and identifying the virus or other causative agent.

In their proposal, the researchers indicated that they hope the combination of approaches will reduce “the difficulties in responding to contain and treat previously unknown or uncharacterized pathogens.”
Research for this project will also take place in the high-containment laboratory at NIAID’s Rocky Mountain Laboratories in Montana.  Funding for this project is from the National Institute of Allergy and Infectious Diseases (U19 AI109761).