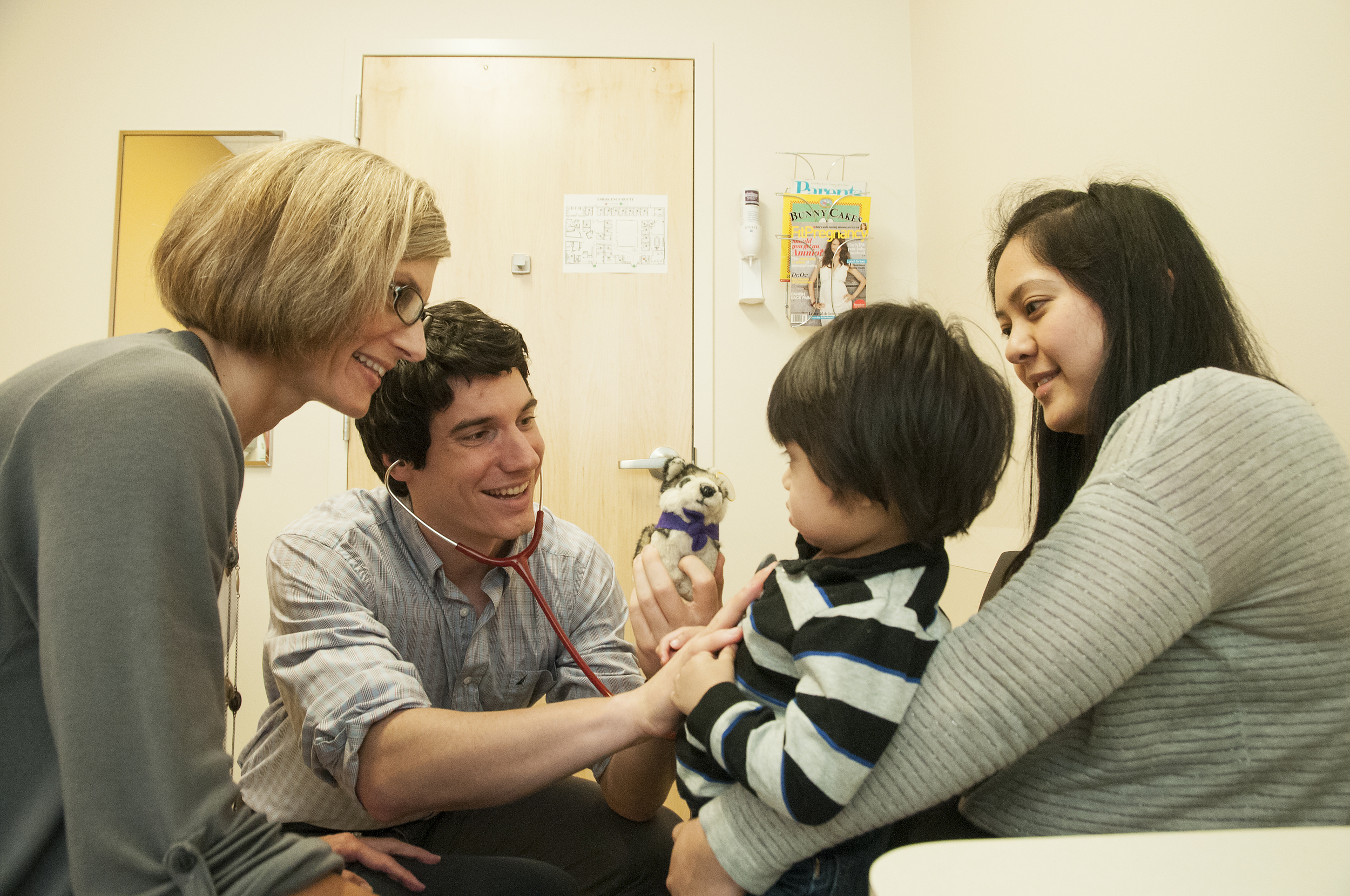 Into his fourth decade of practicing family medicine, Dr. Tom Greer counts the Affordable Care Act as one of the most important healthcare changes he’s witnessed. The others were the creation of Medicare in 1965 and the drug benefit for Medicare added in 2003. Greer, a UW professor in the Department of Family Medicine, directs medical student education in Family Medicine and co-directs a School of Medicine primary care training initiative called TRUST.

He spoke recently about his impressions of the ACA’s impact on family medicine and primary care, and on students considering those careers.

Q. How will the Affordable Care Act affect the current shortage of primary-care doctors?

A. It’s going to make it worse initially. We’re potentially adding thousands of people in Washington to the insurance rolls. We already don’t have enough primary-care physicians, especially in inner-city and rural and underserved areas.

A. It’s complicated. We think students going into primary care will see increased reimbursement, but they also have increased student loans.  We hope more students will be interested. But even if we get many more people interested in primary care, the system still lacks enough places to train right now because there’s a cap on new residency positions supported by Medicare. [Medicare reimburses medical education programs a portion of their costs, subject to a cap.] Wealthy specialties can add more resident spots because they can just pay for it. Primary care doesn’t generate enough money to pay for extra spots without some subsidy.  And even if we had everything we need in place, it takes seven years to produce a new primary-care physician, whether in family medicine, general internal medicine or pediatrics.

Brian Donohue
"The Affordable Care Act and healthcare face a bumpy road, probably for five to 10 years, because it takes that long to increase the pool of practitioners," said Dr. Tom Greer.
Dr. Tom Greer at UW Medical Center

The Affordable Care Act and healthcare face a bumpy road, probably for five to 10 years, because it takes that long to increase the pool of practitioners. We have to convince young men and women that primary care is worth pursuing, and then have enough spots to train them.

Q: What do you hear from med school students – are they concerned about the ACA? Confused? Nonplussed?

A. Most of our students, I think, are little bit stressed. They’re at the very beginning of their careers and here we are, going through a time of tumultuous change.

The students, at least in Seattle, are hearing that many of us are hopeful. We think the Affordable Care Act is very imperfect but it’s a way forward. It’s important to realize that when this came before the Congress, it almost didn’t pass. Many compromises were made, and that’s the way we go forward in this country, but a lot of bureaucracies were left in place and still need to be fixed. We need a much greater focus on cost containment while maintaining quality of care.

Q. Might the cases and conditions that family-medicine practitioners encounter change with the ACA?

A. Family doctors never think too much about the type of people we see; we’re trained to treat whatever human being is in the exam room or hospital. Many times we can help people without assistance, but if our treatments don’t work or if the illness is outside of our scope of practice, then we refer patients to specialists.

That said, one thing we’ll see is people doing catch-up – people who have had no insurance, no checkups. Some women won’t have had a Pap smear in 10 years, so initially there might be more people with cervical abnormalities. The same could be true for patients with depression. People who haven’t had healthcare deal with a lot of stress. The No. 1 cause of bankruptcy in this country relates to medical bills, not job loss or inability to pay for home loans.

Q. Can family practitioners expect change with the ACA in terms of how much paperwork they manage?

A. One thing, for sure: Physicians who never learned to touch-type are in real trouble. Doctors have to do much more with creating the billing documents than we had to in the past because we’re the ones expected to know how much time was spent in an office visit or how complicated the visit was.

In the old days, if a patient called, their name might be on a Post-it note on a bulletin board. I would have to go back to where the paper charts are filed, thousands of them, and hope the patient’s hadn’t been misfiled. I’d have to hope that the phone number in the chart is current. If you call me today, I have all the information I need very quickly. The computer tells me exactly what medicines were prescribed and what your recent visits were about, among other things. So when you asked me about the white pill or the blue pill, I can figure out what you’re talking about. And if you call me, the record of our call goes into one place in the computer.

I tell students that I spend more time doing work now, with a computerized medical record, than when records were paper, but I do a better job.

A. It’s a practitioner’s role, yes, but right now it’s hard. We can encourage people to sign up, and offer general information, but it becomes like a lot of other things in healthcare: If you need a chest X-ray, I could find out the retail price of a chest X-ray but I cannot tell you what your price would be, nor could I tell you what the radiologist would charge to read your X-ray. We talk about consumers being able to figure out what they should do, but it’s frustrating.  Along with my colleagues, I strongly support a better system of cost transparency.

A. The Affordable Care Act and earlier acts have encouraged providers to work more in groups and made it increasingly hard for doctors to practice independently, even in rural areas. We will hear more about accountable-care organizations requiring larger organizational approaches, so the trend is quickly moving toward practitioners in groups or loose affiliations.

Q. Does dealing with ACA changes make you look more forward to seeing it take hold, or look forward to retirement?

A. I personally think the Affordable Care Act is a step toward better health care for millions of Americans. I’m hopeful that this will make things better in many ways. Yeah, it will be a tough time, but the alternative – the direction we were going – was disastrous.

We hope the ACA will ultimately help primary care by making it possible for more people to have the healthcare they need, to keep them out of emergency rooms, and hopefully lower costs. If costs continue to explode as they have, I think the government will be forced to act again.