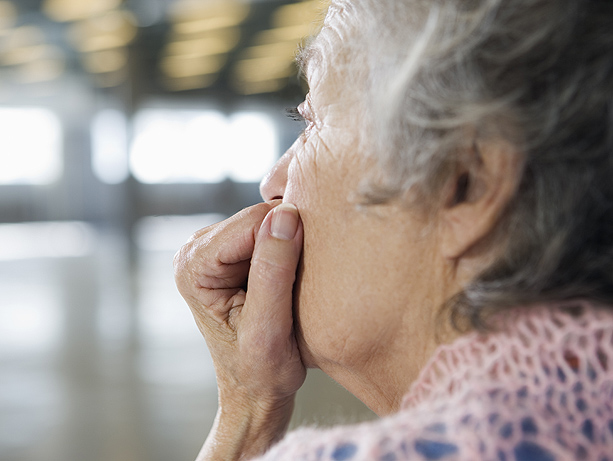 Wayne Katon, a University of Washington professor of psychiatry and behavioral sciences, recently co-led a study called “Depression Attention for Women Now (DAWN)” with Susan Reed, UW professor of obstetrics and gynecology. Their research has shown that collaborative care is an effective model for treating depression in women.

The study’s newest report, published Aug. 26 in the online American Journal of Psychiatry, found that women with publicly funded health insurance or without insurance coverage experienced greater improvement in depression symptoms, with collaborative care, than women with commercial insurance.

Q. Do you feel depression has become more treatable since you started researching it?

McKenna Princing
"The results speak to the fact that, if you give someone good care, they can get better. Poverty and other barriers to care don’t mean they have to be chronically depressed," Wayne Katon said.
picture of Wayne Katon

A. Overall, yes. People didn’t even talk about depression when I was growing up. Yet many people still don’t have access to the treatment they need, particularly women.

As a consulting psychiatrist working in a primary-care setting in the early ’80s, I realized that most patients with anxiety and depression initially seek care at primary-care clinics rather than with a psychiatrist or psychologist. In women, depression often occurs during particular times in life, such as childbearing, postpartum or menopause – which are times they often see OB-GYN physicians. At the same time, many OB-GYN physicians feel less comfortable diagnosing depression because they receive less training in this common illness than other primary care physicians.

I think one way to improve mental healthcare in the United States would be treating mental illness as a public health problem and bringing interventions to the places people already go for medical care.

A. Collaborative care is more comprehensive than typical care. DAWN is flexible; patients have the option to participate in one-on-one treatment sessions over the phone or in-person, which helps women who have limited transportation access. Care managers are responsible for reaching out and not letting patients fall through the cracks if they get discouraged and miss a session.

Collaborative care is also measurement-based. Often in typical care a doctor will ask the patient is she’s doing better and the patient will say yes even if they’re still technically depressed. In DAWN, we have patients take the PHQ-9 inventory throughout treatment to ensure they’re really getting better – and if they aren’t, we intensify their treatment plan.

Q. In the DAWN model, who collaborates on care?

A. Four key people: The patient, a case manager who is also a social worker, a supervising psychiatrist and an OB-GYN physician. All work together to develop the best plan of care for that patient. It is also vital to have support from hospital and departmental leadership.

Q. Women from disadvantaged socioeconomic backgrounds made up a large group of DAWN’s participants. Why was that important?

A. Socially disadvantaged women face many barriers to accessing depression care, such as having more medical problems or not having health insurance or adequate social support – yet they deserve the quality of care that other women get. People often think that women in poverty or who are socially disadvantaged in some way can’t be treated successfully because of the constant stress in their lives, but DAWN proves that that doesn’t have to be true.

Q. What is the most important finding from the newest part of the DAWN study?

A. Women with publically funded or no health insurance improved more with collaborative care versus usual OB-GYN care than women with commercial insurance. Both groups did well, but disadvantaged women showed fewer depression symptoms and severity long-term.

We did see a lag in the recovery from depression when disadvantaged women began treatment, but that lag makes sense because it takes time to engage women who face barriers to accessing care. However, by 12 and 18 months, the disadvantaged women actually had better outcomes with collaborative care.

Ultimately, the results speak to the fact that, if you give someone good care, they can get better. Poverty and other barriers to care don’t mean they have to be chronically depressed. That’s an optimistic and hopeful finding, which is sorely needed in depression research.

Q. Mental and so-called “physical” health problems are addressed separately, yet DAWN unites the two by bringing depression care into the primary care setting. What makes this approach more beneficial?

A. Depression also includes physical symptoms such as pain, and physical health problems can cause depression. Often, patients aren’t sure which came first; it’s a chicken-and-egg problem. Addressing multiple health concerns in one place allows us to examine the relationships among them. The idea that mental problems are different from physical ones is unfortunate; the truth is, all are biological disorders with social components.

Q. What’s next for DAWN?

DAWN is currently being implemented at Harborview Medical Center. For more information about the program, visit its website at dawncare.org.