Proteins that control energy use necessary to form stem cells

Proteins that control energy use necessary to form stem cells 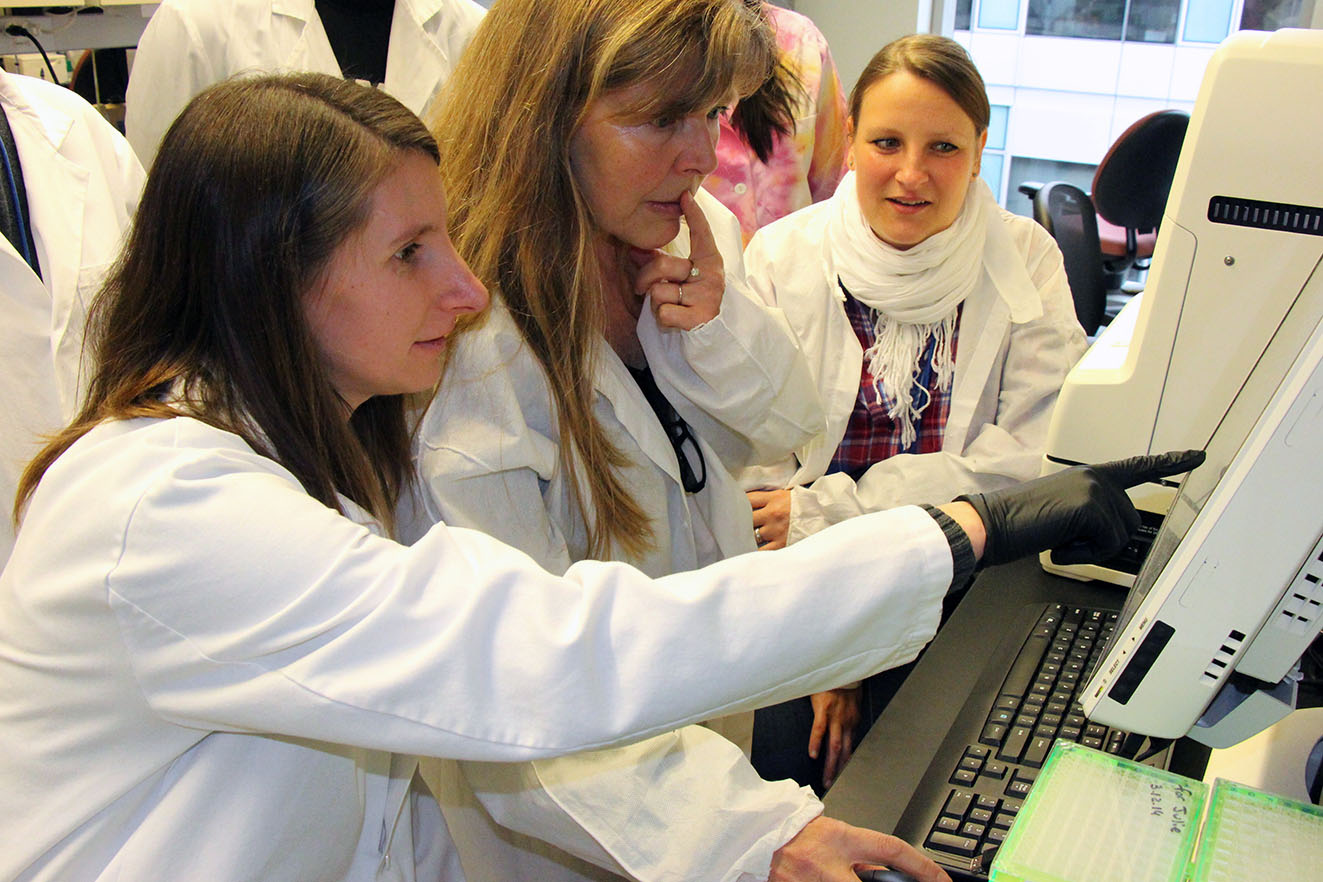 Two proteins that control how cells break down glucose play a key role in forming human stem cells, University of Washington researchers have found. The finding has implications for future work in both regenerative medicine and cancer therapy.

A report on this research appears online March 20 in the CELL  journal Stem Cell. The paper’s lead authors are Julie Mathieu, a postdoctoral fellow at the UW, and Wenyu Zhou, a former graduate student at UW and now a postdoctoral scholar at Stanford University. Hannele Ruohola-Baker, UW professor of biochemistry, is the paper’s senior author.

The researchers changed mature human cells to an earlier stem cell-like state by inserting genes for four proteins. This technique is called reprogramming.

These reprogrammed cells have the extraordinary ability to develop into any type of cell in the human body, a capacity called pluripotency. It is hoped that pluripotent stem cells, created from a person’s mature cells, will one day be used to form new tissues and organs to repair and replace those damaged by injury and disease.

This shift may take place because, in nature, embryonic and tissue stem cells often must survive in low-oxygen conditions.

UW researchers looked at the function of two proteins: hypoxia-induced factor 1α and 2α, or HIF1α and HIF2α. The ability of these proteins to affect the regulation of a number of genes allows them to dramatically alter a cell’s behavior. The researchers showed, through loss-of-function analysis, that each protein, HIF1α as well as HIF2α, is required to generate stem cells through reprogramming.

To tease out the impact of HIF1α and 2α in more detail, the researchers stabilized the proteins in an active form and tested what each protein could do alone. They found that when HIF1α was stabilized, the cells went into the glycolytic state and produced more induced pluripotent stem cells than normal.

However, when the scientists activated only HIF2α, the cells failed to develop into stem cells.

“This was a big surprise,” said Mathieu. “These proteins are very similar, but HIF1α gives you lots of stem cells; HIF2α, none.”

If stabilized together, HIF2α won the battle and stopped all stem cell formation.

Further investigation found that HIF2α does indeed promote the shift to glycolysis in an early stage of the cells’ reprogramming, but if it persists too long has it has the opposite effect. It ends up blocking the progression to the stem cell state.

“HIF2α is like Darth Vader, originally a Jedi who falls to the dark side,” said Ruohola-Baker. “HIF1α, the good guy, is beneficial for reprogramming throughout the process. HIF2α, if not eliminated, turns bad in the middle and represses pluripotency.”

HIF2α does this in part by upregulating the production of another protein, called TRAIL, an acronym for TNF-related apoptosis-inducing ligand.  Among its several talents, this protein causes tumor cells to self-destruct.

Zhou said the findings suggest that there may be proteins of other families that are playing alternating "good guy/bad guy" roles during stem cell development.

“It is intriguing that HIF2α has the capacity to both promote and repress pluripotency, doing so at different stages in cellular reprogramming,” she said.

The findings have several implications for stem cell research, said Mathieu. First, it may be possible to use HIF1α to greatly increase the number of stem cells in a culture, Second,  it may be possible to induce stem cell formation with HIF proteins alone or in combination with other stimulating factors, This would eliminate the need to  insert genes to kick off reprogramming.

The findings may also have important implications for cancer research, Ruohola-Baker added: Both HIF1α and 2α play an important role in transforming normal cells into the cancer stem cells from which tumors grow. In fact, the presence of activated HIF1α is a marker for aggressive disease.