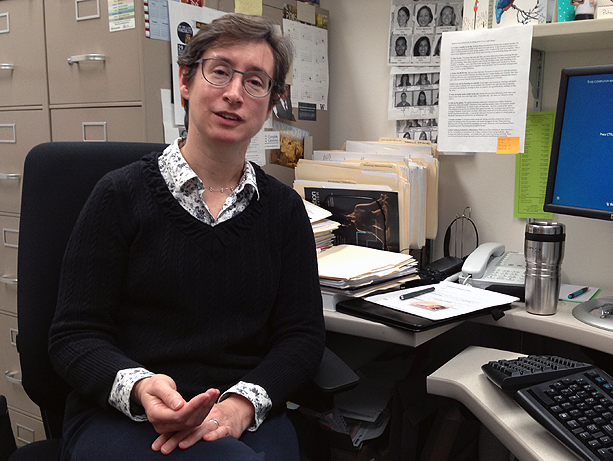 Precision medicine, in which genes or other personal information help physicians tailor the treatment of a patient’s condition or disease, has been heralded as healthcare’s next frontier. A year ago, President Obama announced the Precision Medicine Initiative. UW Medicine is researching the approach on multiple fronts, including the establishment of NW BioTrust, a repository of patients’ tissue and blood specimens that researchers could broadly access to advance such personalized care. (Patients need to formally consent to have their specimens included.)

Malia Fullerton, a University of Washington geneticist and bioethicist, will discuss ethical considerations of precision medicine at a forum Feb. 10 at Harborview Medical Center (see event specifics at bottom). She spoke with HSNewsBeat about her presentation.

What’s the focus of your talk?

My intent is to introduce clinicians to the research activities, ongoing and to come, that will enable precision medicine. To achieve many of its ambitions, we will need patients to give open-ended permission to scientists to study their specimens and health data and to allow those data to be shared widely.

That may seem benign, but we in the clinical community need to think about the implications even as we move forward:  What control, if any, will we have over how our patients’ data are used and shared?  What should we tell patients about what’s happening to their specimens and data? What sort of results might be generated and how will we communicate those to patients? How will doctors respond to patients’ questions?

Do you have personal concerns about precision medicine or is this more about taking due diligence with an emerging medical approach?

I don’t have concerns per se. I’m trained as a geneticist, so I know how meaningful it is to examine how genes and biomarkers affect health. The promise [of precision medicine] is there but still a ways out, and in the meantime we’re asking people to share very personal information, albeit de-identified, far beyond our immediate healthcare institutions, with no expectation of benefit.

So the institutions’ responsibility is to ask: What do we need to know before we allow that to happen with our patients’ data?

Can you point to a past instance in which the rush to advance medical knowledge involved a major ethical lapse?

I think Henrietta Lacks’ story is in the backdrop to this set of issues. She was a poor African-American woman who came to Johns Hopkins for care of a very aggressive cervical cancer. Tissue samples were taken; she was possibly asked permission but there was no formal consent. Those samples became the incredibly prolific, enormously scientifically valuable and widely shared HeLa cell line.

Though many lessons from that story have been discussed, what I personally found most troubling was that the researchers who were invested in using those samples came back to the family multiple times to learn more about their mother after she died, and yet never explained how her cells were being used – how important they were for the public good. Very basic information-sharing, showing respect for the woman who had been the source of those important cells, just didn’t occur.

So it’s not only about informed consent, but also about how researchers interact with people whose materials are essential to their work. Specimens and data become a kind of currency that we barter, yet many of the innovations that result from this research are not equitably distributed. We say “Trust us” and then we go away and never come back.

Do researchers who pursue precision medicine have a greater obligation to examine its ethical consequences? Should grant proposals include ethicists’ evaluation?

Yes! I’ve collaborated with Gail Jarvik in medical genetics on projects that have included as part of the funding request an expectation that someone with ethical expertise is involved in the scientific process.

How would an ethicist’s input be most evident to research subjects and practitioners?

We might have an advisory role involving the consent process. In other cases we follow up with patients who participate in studies and ask them what it meant to participate – in order to inform future studies. How did they understand the information they were given by the study team, do they plan to act on the information, and who have they shared the information with? If they were back at the point of deciding whether to participate, what else would they have wanted to know, based on what they learned?

Is it a given that precision-medicine research is valuable?

Precision medicine research can be very different from how we typically conduct clinical research studies. In trials in which N=1 (there is a single subject), it’s very difficult to make meaningful scientific inferences. Yet that is what precision medicine is pushing us toward, right? We’re individualizing medicine. The problem is, if we individualize things too far, it becomes difficult to tell robustly whether we’ve actually had a therapeutic benefit – which I think is ethically incredibly important.