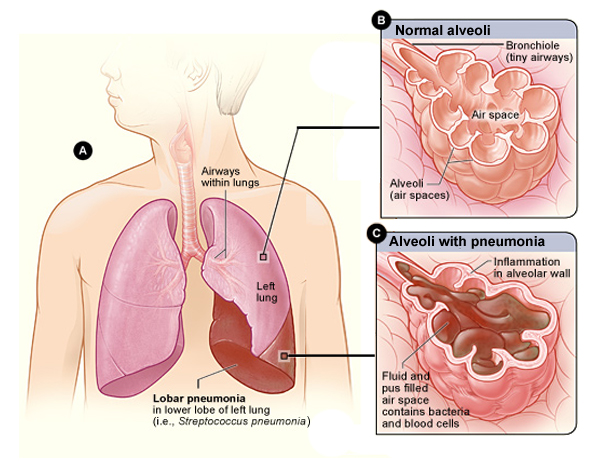 By studying the varied finches and tortoises of the Galapagos Islands in the 1800s, Charles Darwin realized that populations split by geographic boundaries, such as the sea, diverge as they experience different conditions.

University of Washington investigators have found that a similar process can occur among bacteria as they evolve and diversify within human lungs.

The finding was published today in the journal Cell Host & Microbe.

To understand how chronic bacterial infections persist in the face of antibiotics and immune defenses, researchers from the UW School of Medicine dissected human lungs removed from 10 patients with cystic fibrosis who had undergone lung transplantation.

Cystic fibrosis is an inherited disease that causes thick, sticky mucus in the lungs. As a result, patients' lungs are chronically infected with a persistent bacteria, Pseudomonas, which damages the lungs and leads to respiratory failure.

Genetic analyses revealed that each patient appeared to have been initially infected by a single bacterial strain, but over a span of years the bacteria colonized different lobes of the lung and, like Darwin’s finches, acquired different traits.

“What made this so important to us is that the bacterial populations inhabiting different lung regions varied dramatically in terms of their antibiotic resistance and virulence,” said lead author Peter Jorth, a senior fellow in microbiology.  “This diversity could affect the patients’ health.”

When the investigators analyzed the genetic codes of the bacteria, the DNA sequences revealed that diversity arose because bacterial cells had become isolated in different places in the lung and then evolved locally.

The DNA sequences also suggested that traits that had evolved over years or decades may persist in bacteria inhabiting different lung regions, and may provide a type of “memory” of past conditions and treatments that strengthen the bacteria.

“This may be part of what makes treatment so difficult, because when bacteria sensitive to one kind of stress are killed, functionally-different siblings are there to take their place,” he said.

Researchers’ next challenge is to find new ways to attack the diverse mixtures of bacteria that are present and to improve treatment for patients.