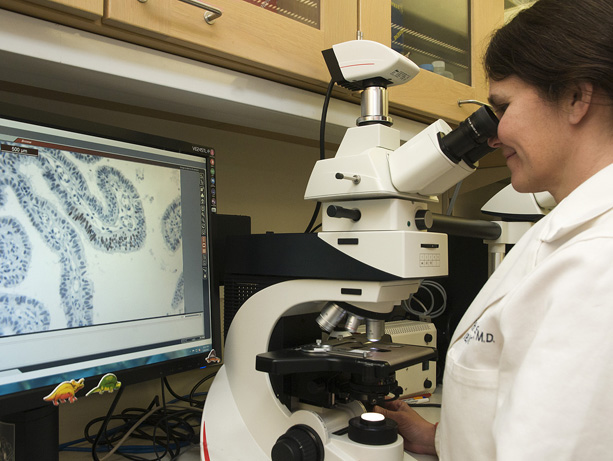 A national alliance of cancer-focused groups today announced the formation of a "dream team" dedicated to ovarian cancer research, and investment of $6 million over three years to pursue therapies.

The team will be co-led by Drs. Elizabeth Swisher, professor of obstetrics and gynecology at the University of Washington, and Alan D’Andrea of of the Gene Therapy Center at Dana-Farber Cancer Institute in Boston.

Ovarian cancer is the deadliest gynecologic cancer. Approximately 22,000 women in the United States are diagnosed with ovarian cancer every year, and 14,000 die of the disease.

“We plan to develop a new web-based approach to genetic testing and counseling that will increase access to ovarian-cancer risk assessment so women can take action if they are at high risk,” Swisher said. “This is a deadly disease that creates tremendous suffering. Prevention is critical because the mortality rate is so high. Ultimately, cancer prevention is one step better than cancer therapy.” The U.S. Food and Drug Administration last year approved the drug olaparib to treat women with advanced ovarian cancer associated with defective BRCA genes, which are among a number of DNA repair genes identified as mutated in ovarian cancer. The existence of defects in DNA repair has emerged as a common weakness in ovarian cancer. By targeting DNA-repair pathways, the research team hopes to build and expand on the recent clinical advances.

A key feature of the prevention approach proposed by the team is to offer women identified as genetically high risk a choice of surgical options, including one that removes the fallopian tubes but spares the ovaries, thereby avoiding forced menopause, which many women find unacceptable.
The alliance comprises Stand Up To Cancer, Ovarian Cancer Research Fund, Ovarian Cancer National Alliance, National Ovarian Cancer Coalition and the American Association for Cancer Research.