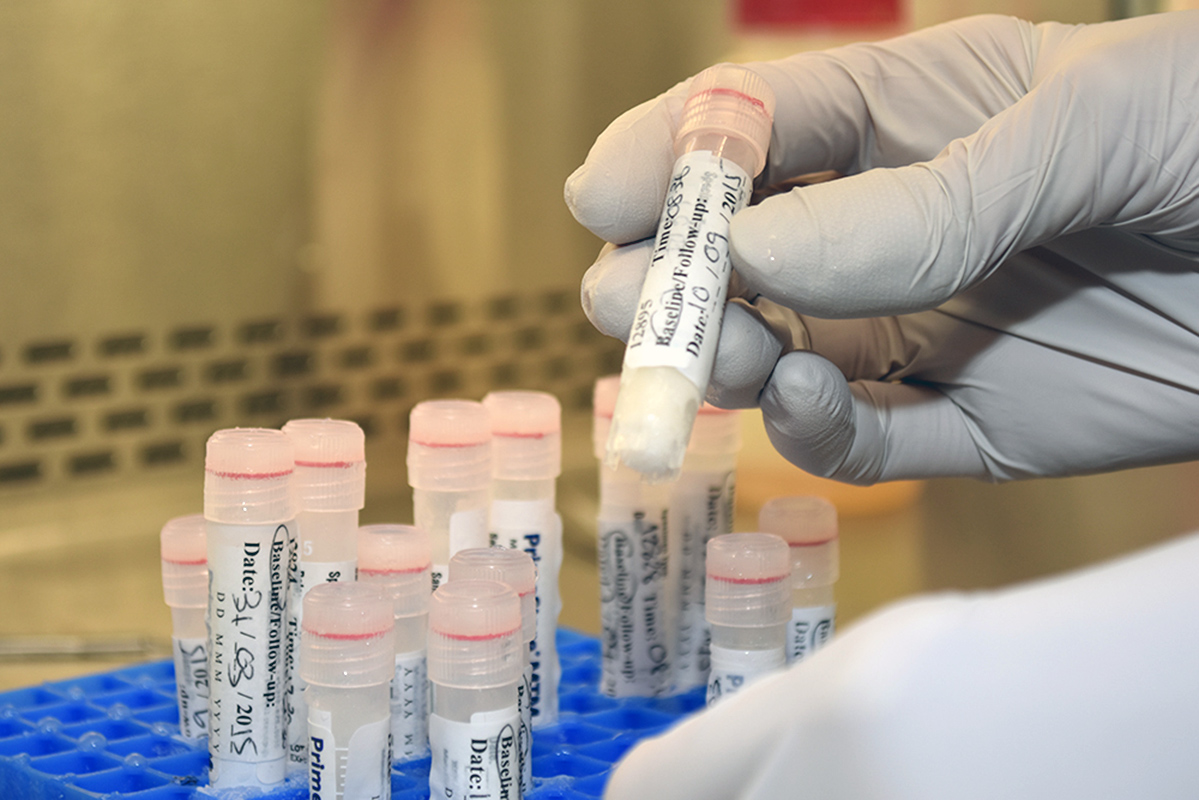 Researchers at the University of Washington and the University of Cape Town in South Africa plan to partner on a two-year study to test a lower-cost, simpler and safer method in diagnosing tuberculosis (TB).  A $1.02 million grant from the Bill & Melinda Gates Foundation to the UW will fund the project.

The new, larger study builds on an earlier, small pilot project that found that oral swabs correctly detected TB in most of the adult participants who had the infection.

Currently, diagnosing TB relies on testing a sample of sputum, a thick, sticky phlegm coughed up from the lungs. The gelatinous quality and complexity of the material make finding the TB bacteria difficult. Sputum samples are examined under a microscope, or run through molecular testing instruments, if such technology is available.

Using sputum is problematic for other reasons, too.  Asking patients sick with TB to cough up sputum releases aerosols that can spread infection to healthcare providers. Moreover, neither those not yet ill with symptoms nor children will be able to produce sputum.

“An alternative to sputum testing has been a Holy Grail in TB testing and diagnostics. There’s a huge need, and we think the oral swab addresses this need,” said Gerard Cangelosi, who leads the research study. He is a professor of environmental and occupational health sciences and of global health in the UW School of Public Health.

TB bacteria can be found in mouths of people infected with the disease. The oral swabs are used to gently scrape the inside of the patient’s mouth. Then the samples are analyzed for the bacteria.

The disease is preventable and curable with antimicrobial drugs. Yet, treatment is often delayed because it can be difficult to motivate people to visit a clinic and provide a sputum sample for testing. As a result of these delays, those ill with TB may infect up to 15 people a year through contact at home, school, work, or in clinics.

“By the time people are coughing and producing sputum, they are often sick and highly contagious. An important goal in eradicating TB is to diagnose and treat people early to prevent the disease spreading to others,” said Mark Hatherill, a professor at the University of Cape Town in South Africa who directs the South African Tuberculosis Vaccine Initiative.

The study, run as a blinded experiment, will include 245 South African adults over the age of 18 and 100 South African children, most under the age of five. The adults will include 175 people suspected of TB infection and an additional 70 people confirmed with a blood test not to have TB. The study subjects also may be positive for HIV infection. The areas in the world with the most HIV-positive individuals also have the highest burden of TB.

The researchers will compare two different kinds of oral swabs and three sampling locations in the mouth: cheek, tongue and gums. Results obtained from the oral swab samples will be compared to traditional methods including sputum testing as well as clinical diagnosis.

Felicia Nguyen, a recent Mary Gates Scholar at the UW, is also involved in the project. In addition to Hatherill, Angelique Luabeya, Justin Shenje and Mark Nicol will lead the clinical research activities in South Africa.