A new prescription for tech in primary care

A new prescription for tech in primary care 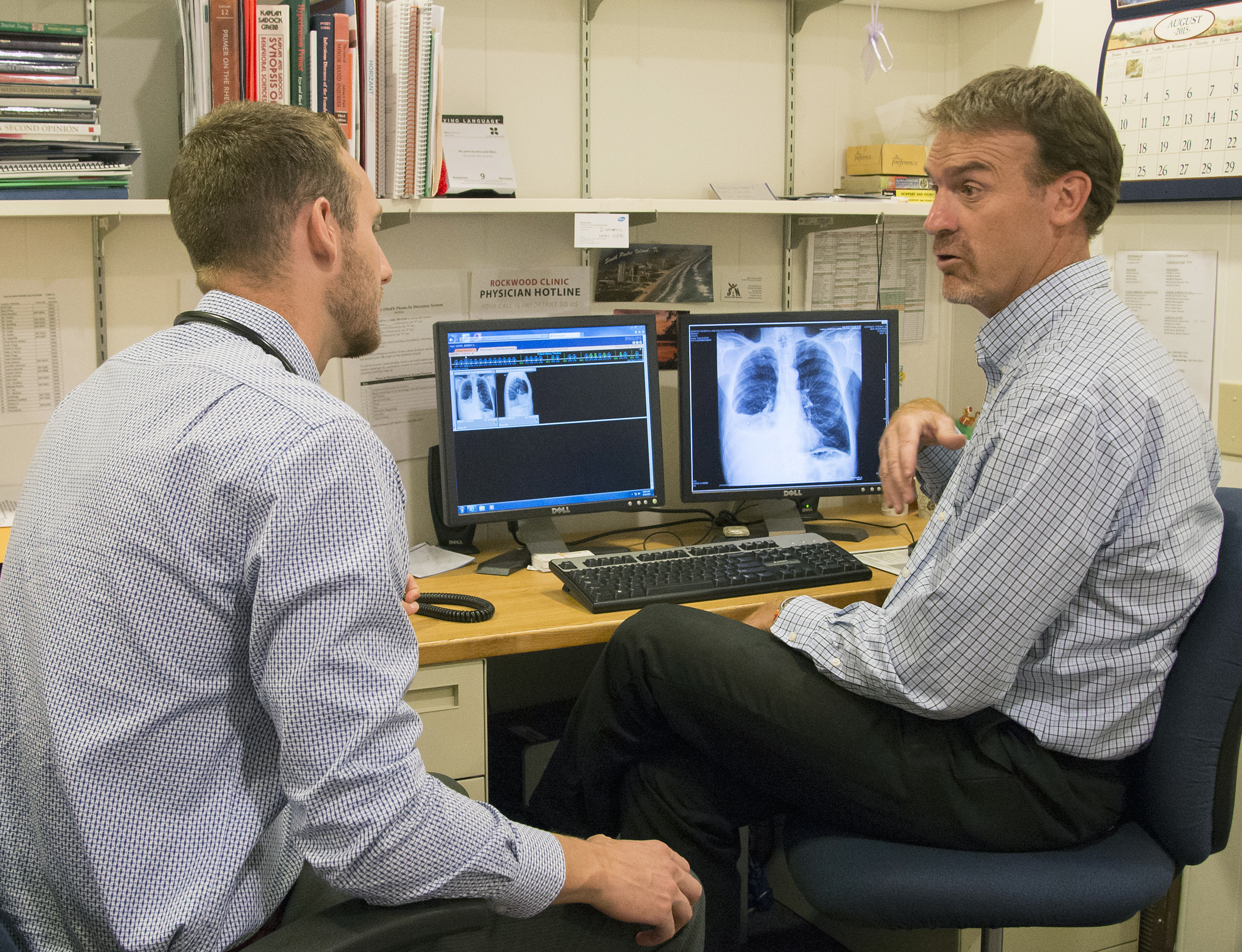 Hospitals and emergency rooms around the country are packed with sleek, cutting-edge technologies. But it’s a distinctly different picture over at your primary-care clinic. Besides that computer in the exam room, the tools your family doctor probably grabs most often are a stethoscope and reflex hammer.

Both date back to the 19th century.

Healthcare innovation has concentrated on blockbuster drugs or powerful new equipment, not on how to improve the delivery of primary care, said Matthew Thompson, professor and interim chair in the UW Department of Family Medicine and director of the  PCI Lab.

“Primary care is the workhorse of our healthcare system,” Thompson said. “But the pace of innovation is more horse and buggy than rocket ship.”

It isn’t a lack of ideas, technology or desire behind that lethargy. It’s a lack of collaboration between the innovators who create healthcare technologies and the family doctors who would use them on the frontlines, says Bianca Frogner, a health economist, associate professor of family medicine and the PCI Lab’s deputy director.

The lab wants to foster that collaboration at every stage of development, from needs assessment and design to implementation and feedback. By working with practitioners early on, entrepreneurs can figure out what technology doctors actually want and will make a difference to patient care. This collaboration prevents wasting time on projects that aren’t feasible in a primary-care setting or that won’t be commercially successful because no one will pay for them or use them.

“Family doctors’ top priority is to provide better care,” Frogner said. “New technology has to help do that, but it also better save time and energy, too. Otherwise, it just won’t be adopted.”

The lab’s work spans a wide range of technologies, from simple point-of-care blood tests to mobile health tools for the developing world to the wave of wearable devices creating mountains of health data.

One of the dozen-plus projects underway looks at handheld ultrasound devices, a powerful technology that has mostly been limited to emergency care or clinical specialties such as orthopedics. There are many potential applications in a primary-care setting as well.  Handheld devices could help diagnose tendon injuries, or identify causes of pelvic bleeding. The PCI Lab is working to identify those scenarios to direct future training and figure out ideal reimbursement models.

Another study, based at a clinic in Yakima, Washington, tested a self-serve blood pressure kiosk that patients could use in the waiting area after checking in, rather than having their blood pressure measured by a nurse or medical assistant in the exam room. They found that patients tried it out, which saved the clinic time. They study staff went on to help the device manufacturer improve signage to make it easier for patients to use.
“Now we have evidence that other clinics considering a similar device can use,” Thompson said.

The lab draws upon researchers and clinicians from more than 50 clinics across the five-state WWAMI (Washington, Wyoming, Alaska, Montana and Idaho) region’s Practice and Research Network .

At the same time, the lab also has an international outlook. For example, it is conducting a National Institutes of Health-funded study that will explore how mobile technologies and electronic data can help primary-care doctors in Cambodia manage hypertension and diabetes in their patients.

Still, its location in the Puget Sound area, a hub for research, global health, entrepreneurship and high-tech companies, will help the lab further its mission, Thompson said.

“Can we be as transformational to primary care as what some of Seattle’s companies have been to coffee, commerce, and computing?” he asked.  “I hope so.”