The mysteries behind substance abuse, and how to reverse it, are hidden inside the brain
Rebecca Lynn Sladek
06/10/2016 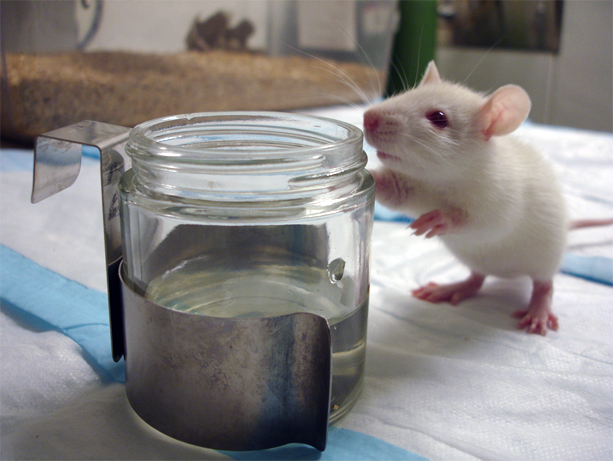 Clinicians have known for years that people who start drinking as adolescents are prone to develop alcohol problems and make riskier decisions as adults. But scientists have been unable to say why, exactly.

University of Washington researchers recently discovered the root cause: changes in dopamine, a chemical neurotransmitter that, among other things, helps control the brain's reward and motivational centers. Adolescent drinking, it turns out, changes the brain’s chemistry long-term.

Importantly, the scientists demonstrated in adult rodent models that those changes to brain chemistry can be reversed.

The research, published this spring by The Journal of Neuroscience, was led by Jeremy Clark, a UW assistant professor of psychiatry and behavioral science, and Abigail Schindler, a fellow in Clark’s lab.

The lab uses rodents to study the mesolimbic dopamine system, a critical reward pathway in the brain and one pathway important to decision-making. In their study, adolescent rats voluntarily consume alcohol-laced Jell-O. Once the rats reach adulthood, they’re given a task related to risk-taking. The rats can take a low risk to get a small treat or take a much higher risk to get a larger treat.

The researchers found that rats exposed to alcohol  during adolescence were consistently more inclined to take the high risk-high reward option as adults, even when the safer option provided more treats overall.

By implanting microsensors that measured dopamine release throughout the course of a task, they were able to identify the specific neural pathway driving the risky decisions. Alcohol use during adolescence decreased baseline dopamine levels in the striatum, a part of the forebrain critical to the reward system, while at the same time "potentiating short bursts of dopamine activity" during specific environmental events such as being presented with a risky choice, Clark said.

This change to the dopamine system is attributable to alcohol use in adolescence and has been shown to persist well into adulthood, long after the last exposure to alcohol.

To reverse the effect, the researchers used a receptor inhibitor to normalize dopamine signaling in alcohol-exposed adult rats and mitigated their risk-taking behavior.

“Our research might help adults who consumed alcohol in their youth regain the ability to make good choices by restoring normal circuit function,” Clark said.

Next steps for his lab include delving more deeply into this circuitry to develop tools to mitigate the risk-taking behavior that the team thinks influences substance abuse.

This has a practical consideration, too.

“The National Institutes of Health (NIH) is increasingly reluctant to take drugs to trial without an aim to understand the underlying mechanism,” Schindler said. “The more we can tease apart the mechanism at a basic level, the more relevant our research.”