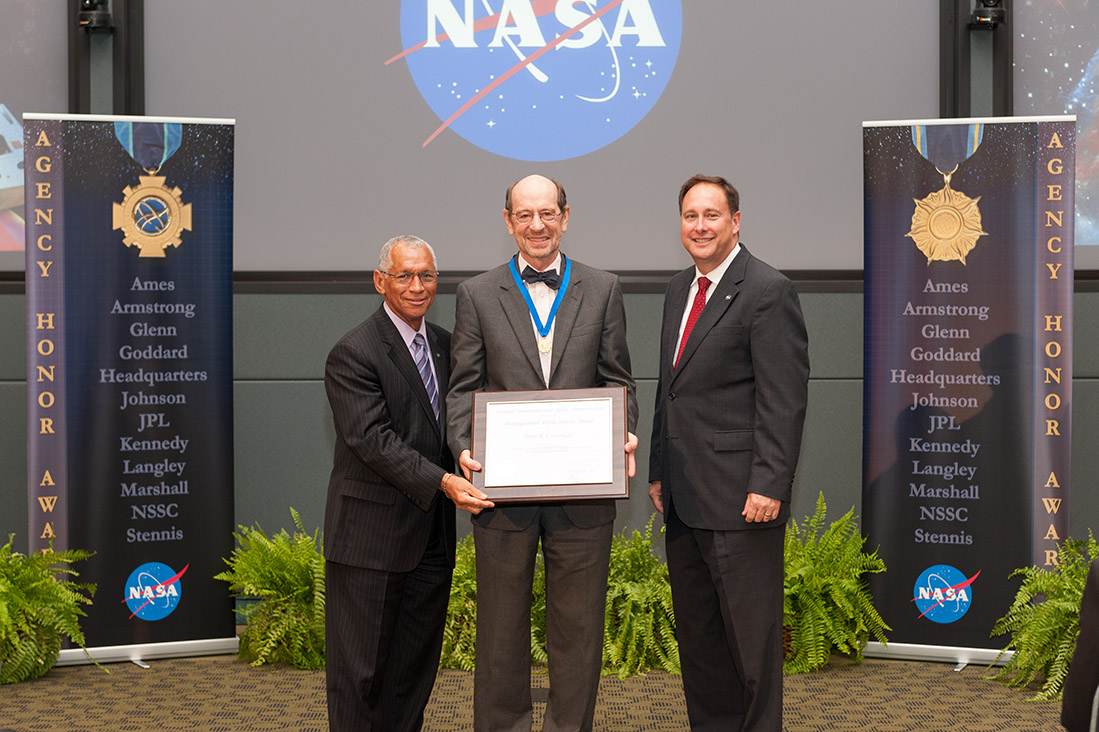 The National Aeronautics and Space Administration – NASA – has awarded UW space travel medicine researcher Peter Cavanagh a Distinguished Public Service Medal. He was honored for 30 years of service to NASA in the development and testing of exercise countermeasures against bone loss during long space flights. Cavanagh is a UW professor of orthopaedics and sports medicine.

NASA administrator Maj.Gen.Charles Bolden, Jr., presented the medal during an awards ceremony June 2 at the Kennedy Space Center in Florida.

The Distinguished Public Service Medal  is NASA’s highest form of recognition for non-government employees. It is given for service, ability or vision that has personally contributed to NASA’s advancement of United States’ interests. Four individuals received the 2015 award.

According to NASA, the award recognizes extraordinary achievements at a level of excellence that has made a profound or indelible impact to NASA mission success.

Cavanagh was the principal investigator for a number of space flight experiments. He is also a member of the Standing Review Board for the International Space Station Program.  He also served as a panel member on the National Academy of Sciences Decadal Survey of Biological and Physical Science in Space.

In a video interview shown at the award ceremony, former astronaut Ken Bowersox, commander of International Space Station Expedition 6, commended Cavanagh for his perseverance. Bowersox described the uncomfortable attire he was asked to wear for experiments. Cavanagh overcame the commander’s grumpiness by convincing him the data was important for future missions.

See the NASA TV archived video of the 2015 Award Ceremony.