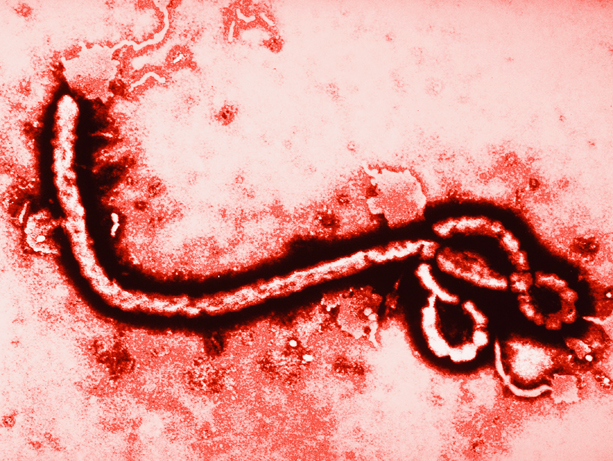 A newly developed mouse model suggests that genetic factors are behind the mild-to-deadly range of reactions to the Ebola virus.

People exposed to Ebola vary in how the virus affects them. Some completely resist the disease, while others suffer moderate to severe illness and recover. People who are most susceptible succumb to bleeding, organ failure and shock.

In earlier studies of populations of people who contracted Ebola, these differences were not related to any specific changes in the Ebola virus itself that made it more or less dangerous; instead, the body’s attempts to fight infection seems to determine disease severity.

In the Oct. 30 edition of Science, scientists describe strains of laboratory mice bred to test the role of an individual’s genetic makeup in the course of Ebola disease. Systems biologists and virologists Angela  Rasmussen and Michael Katze from the Katze Laboratory at the University of Washington Department of Microbiology led the study, collaboring with the National Institutes of Health’s Rocky Mountain Laboratories in Montana and University of North Carolina at Chapel Hill.

The research was conducted in a highly secure, state-of-the-art biocontainment safety level 4 laboratory in Hamilton, Mont. The study was done in full compliance with federal, state, and local safety and biosecurity regulations.
Research on Ebola prevention and treatment has been hindered by the lack of a mouse model that replicates the main characteristics of human Ebola hemorrhagic fever.

The scientists examined specially bred mice that they infected with a mouse form of the same species of Ebola virus that caused the 2014 West Africa outbreak. This type of virus has been used several times before in research studies. Nothing was done to change the virus. (Interestingly, conventional lab mice previously infected with this virus died, but did not develop symptoms of Ebola hemorrhagic fever.)

All the mice lost weight in the first few days after infection. Nineteen percent of the mice were unfazed; they not only survived but also fully regained their lost weight within two weeks. They had no gross pathological evidence of disease. Their livers looked normal.

Eleven percent were partially resistant and less than half of these mice died. Seventy percent of the mice had a greater than 50 percent mortality. Nineteen percent of this last group had liver inflammation without classic symptoms of Ebola, and 34 percent had blood that took too long to clot, a hallmark of fatal Ebola hemorrhagic fever in humans. Those mice also had internal bleeding, swollen spleens and changes in liver color and texture.

The scientists correlated disease outcomes and variations in mortality rates to specific genetic lines of mice.

“The frequency of different manifestations of the disease across the lines of these mice screened so far are similar in variety and proportion to the spectrum of clinical disease observed in the 2014 West African outbreak,” Rasmussen said.

While acknowledging that recent Ebola survivors may have had immunity to this or a related virus that saved them during this epidemic, Katze said, “our data suggest that genetic factors play a significant role in disease outcome.”

In general, when virus infection frenzied the genes involved in promoting blood-vessel inflammation and cell death, serious or fatal disease followed. On the other hand, survivors experienced more activity in genes that order blood-vessel repair and the production of infection-fighting white blood cells.

The scientists noted that certain specialized types of cells in the liver also could have limited virus reproduction and put a damper on systemic inflammation and blood-clotting problems in resistant mice. Susceptible mice had widespread liver infection, which may explain why they had more virus in their bodies and poorly regulated blood coagulation. The researchers also noticed that spleens in the resistant and susceptible mice took alternate routes to ward off infection.

“We hope that medical researchers will be able to rapidly apply these findings to candidate therapeutics and vaccines,” Katze said.

They believe this mouse model can be promptly implemented to find genetic markers, conduct meticulous studies on how symptoms originate and take hold, and evaluate drugs and that have broad spectrum antiviral activities against all Zaire ebolaviruses, including the one responsible for the current West African epidemic.