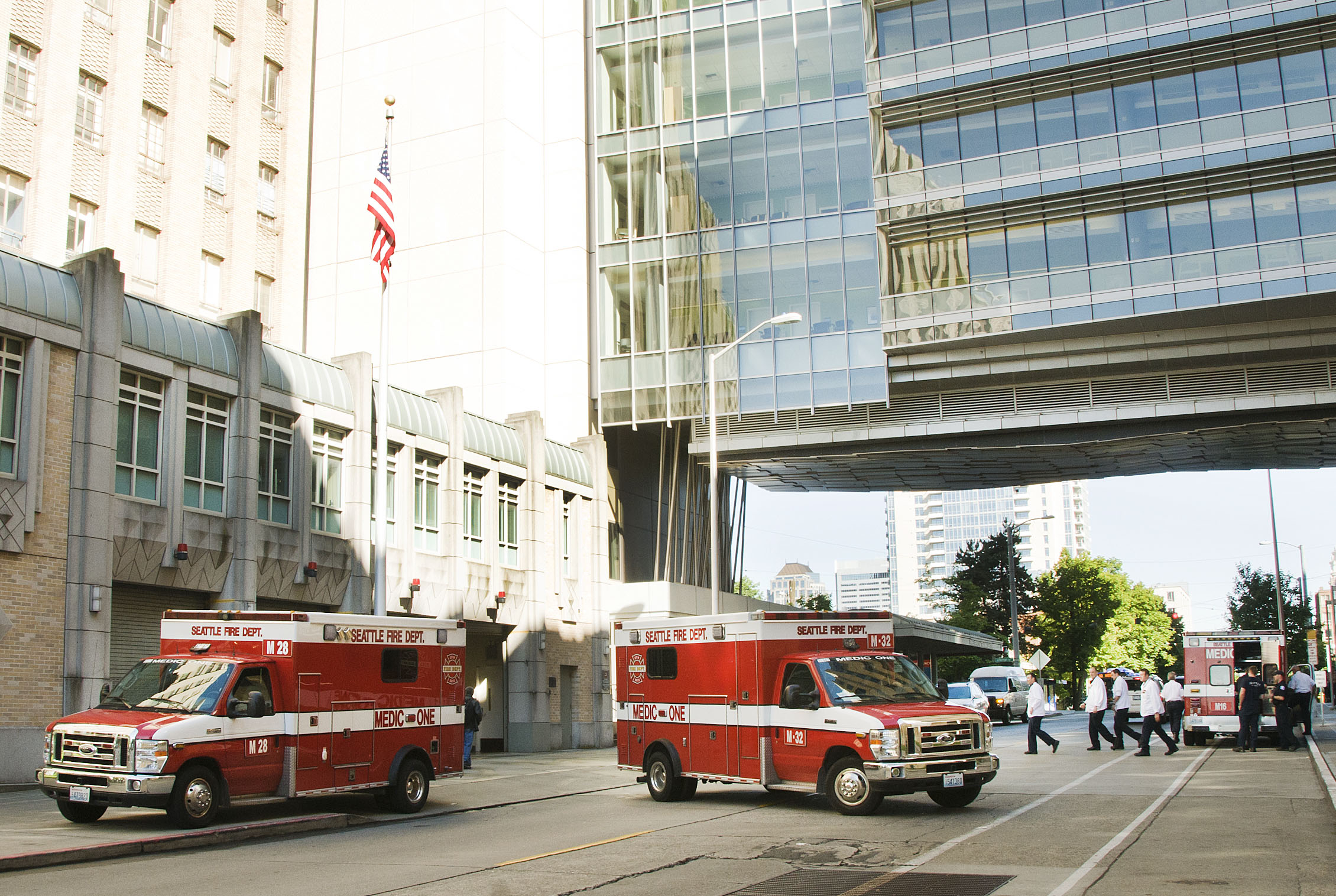 When seven or eight emergency medical services providers are dispatched to the scene of a cardiac arrest, survival improves

Whether you survive a cardiac arrest may depend on how many emergency medicalroviders arrive at your side within the first 15 minutes, a University of Washington study suggests. The results were published in the journal Resuscitation.

Each year more than 360,000 Americans suffer an out-of-hospital cardiac arrest. Only about one in 10 survives. Whether you survive depends a great deal on where you live.

Even in areas with well-developed emergency medical systems, there can be a five-fold difference in survival rates from one community to the next, said the study’s lead author Dr. Sam Warren, who was as senior fellow at the University of Washington-Harborview Center for Prehospital Emergency Care. “That’s huge. Even adjusting for differences in population and other factors, such a difference is a tremendous opportunity for improvement.”

Previous research had named several factors associated with successful resuscitation of patients who have suffered a cardiac arrest. One of these predictors is whether bystanders  are trained in cardiopulmonary resuscitation (CPR). Other core predictors are the amount of time it takes until someone starts CPR, the amount of time elapsed before someone applies an automated external defibrillator, and how long it takes before EMS providers arrive on scene.

“These factors are important,” Warren said, “but they explain only about 50 percent of the differences seen between the regions that have the highest survival rates and those that had the lowest.”

Warren, Graham Nichol, UW professor of medicine who holds the Medic One Foundation Endowed Chair for Pre-hospital Emergency Care, and their colleagues wanted to find out what else might explain these retional differences. They reviewed data collected from more than 12,000 out-of-hospital cardiac arrests in which EMS providers arrived within 15 minutes of the 9-1-1 call and the patient was still alive when they arrived. Of these, only 871 (7.1%) lived to be eventually discharged from the hospital.

The researchers found that if 7 or 8 EMS personnel arrived on the scene within 15 minutes of the 9-1-1 call, a patient had a 35 percent better chance of surviving than when only 5 or 6 EMS personnel were on the scene.

The difference was even greater if the patient’s heart was in a rhythm that was more likely to respond to the shock of the defibrillator. In cases that had a shockable rhythm, the chances the patient would survive was 48% better when 7 or 8 EMS personnel were on the scene than when there were only 5 or 6 on the scene. The survival differences stood up even when the researchers took into account the other core predictors  of survival.

It is not clear why having 7 to 8 personnel on the scene appears to be optimal, Warren said. It may be that having a few extra providers on hand makes it possible for the rescuers to rotate tasks, thereby  improving the quality of basic life support measures. These would include CPR technique, keeping the patient’s airway clear, and making it easier to coordinate the administration of medications and defibrillation shocks. Or it could be that the extra personnel makes it easier to manage the situation, for eample, by moving furniture and other obstructions away from the patient and speeding the packing up of the the patient for transport to the hospital.

Having more than eight people on hand was not associated with better outcomes. This might be because there were not enough cases in which more than eight personnel were on scene in 15 minutes to detect a statistically significant benefit, Warren said, or it may be a case “akin to too many cooks spoiling the broth.”

Because the study’s design can show only  that there is a statistical association between the number of EMS personnel on the scene and survival, a randomized trial is needed to prove that dispatching seven to eight personnel would lead to more lives saved, Warren said.  “EMS personnel staffing can be a complex and expensive task.”

The research was conducted in collaboration with the Resuscitation Outcomes Consortium (ROC). Seattle and King County EMS agencies participate in ROC, which is coordinated by faculty members in the Department of Biostatistics at the UW School of Public Health. ROC is funded by that National Heart Lung Blood Institute, Canadian Institutes of Health Research, Heart and Stroke Foundation of Canada and American Heart Association.