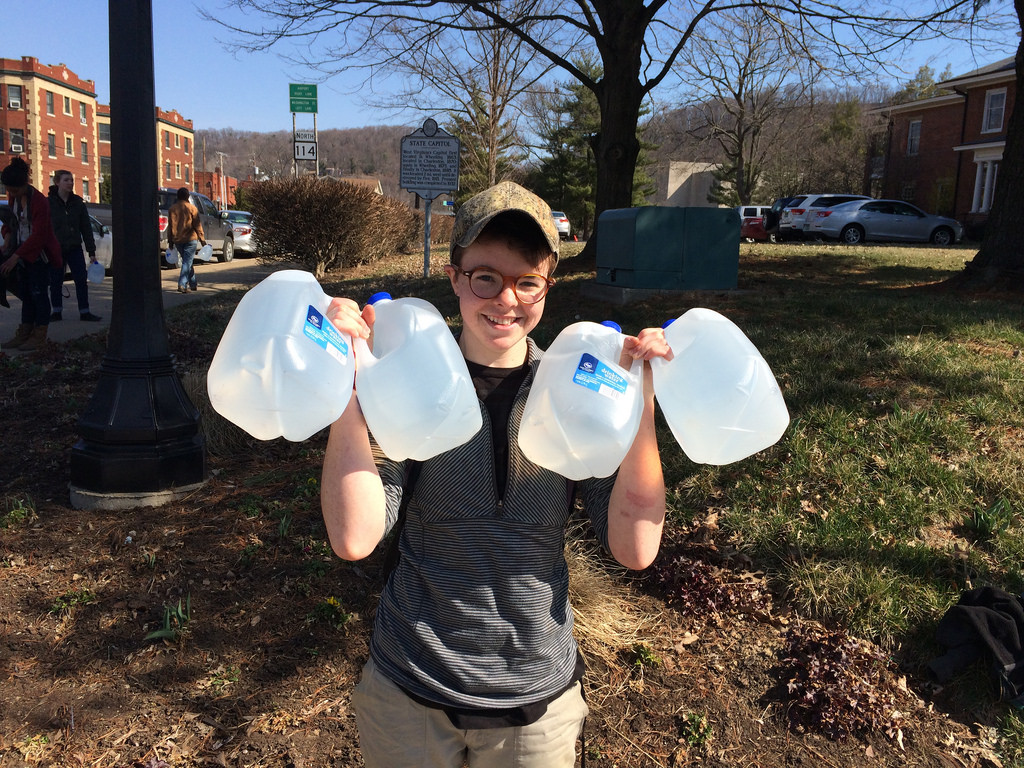 Safe drinking water is often taken for granted. Turn on the kitchen tap in any home in Seattle and out comes water meant to quench our thirst, rinse our fruits and vegetables, and clean our dishes. We don’t think twice about these activities. Clean water is cheap and easy to obtain in our city.

Yet water everywhere may be vulnerable. We were reminded of this in January when a chemical spill deprived 300,000 residents in Charleston, W.Va, of tap water. An unregulated chemical leaked from a storage tank into the river and overwhelmed the city’s treatment facility.

The Safe Drinking Water Act gives the U.S. Environmental Protection Agency authority to set drinking-water standards and requires states to develop and implement source-water assessment and protection programs. In fact, a slew of organizations and industries are involved in ensuring potable water. The public’s understanding of risks to safe water supply is critical.

In the UW Department of Environmental and Occupation Health, researchers are developing tools to assess risks at the tap, measuring water treatment byproducts that may be health hazards, and providing training to water system managers and operators to better protect water sources.

Under Seattle lies an impressive web of plumbing. The city has more than 1,600 miles of pipe to supply 140 million gallons of potable water per day to 1.4 million people.

As with other U.S. cities, Seattle’s pipes are commonly more than a century old. Older pipes are more likely to fail, and many do. Nationwide, the Environmental Protection Agency estimates 240,000 water-main breaks every year. The American Society of Civil Engineers gave the nation’s drinking water infrastructure a D on its report card this past year.

Replacing all the pipes would be a mammoth task, and could cost $1 trillion over 25 years, according to estimates by the American Water Works Association.

An aging infrastructure increases public health risks. If a break occurs, water pressure in the distribution network can drop. Slurry around the break may be pulled into the water flow. Muddy water can contain harmful pathogens such as cryptosporidium, giardia and norovirus.

State and federal laws require suppliers to notify customers if their drinking water may not be safe to drink. In Seattle, only three boil-water advisories have been issued since 2008.

“The advisories,” explained Wylie Harper, drinking water quality manager at Seattle Public Utilities, “were precautionary due to loss of pressure.” There was no evidence of contamination.

When emergencies happen, suppliers have to act fast.

On Oct. 8, 2013, a water main broke and hundreds of thousands of gallons of water flooded University Village, a shopping mall close to the  UW campus.  Valves were quickly shut off to maintain pressure. Within minutes, engineers were dispatched to analyze risks to residents. No advisory was warranted, Harper said.

Nicole Van Abel, a Ph.D. candidate in the UW’s Environmental and Occupational Hygiene program, is building a computational model that she thinks may help municipalities manage water systems by being able to anticipate health risks of compromised systems.

The model calculates water pressure, contamination levels and locations, and frequency of water usage in the home. It combines this information with an index of microorganisms in the environment and their potential to cause illness. The computation builds “what-if ” scenarios to determine areas in the distribution system that may need attention. Municipalities could use the data to determine how to allocate funds.

A century ago, before chlorination and filtration became common water treatment practices, the U.S. saw frequent outbreaks of cholera and typhoid.

Chlorine is still the most commonly applied disinfectant for municipal drinking water. Others include ozone, chlorine dioxide, chloramine, and ultraviolet radiation. Disinfection is typically done in two steps. The primary disinfectant inactivates microorganisms and breaks up inorganic material, and the secondary disinfectant is added to maintain a residual disinfectant in the water supply to wipe out any lingering pathogens.

Seattle has two water treatment facilities: Cedar and Tolt. In both, ozonation inactivates any giardia and cryptosporidium present. In the Cedar facility, ultraviolet  light is also applied, while the Tolt plant uses filtration. Then, in both facilities, free chlorine is applied to maintain a residual disinfectant in the distribution system.

Yet treating water may raise other concerns.

Researchers are trying to understand the risks of byproducts formed by the reaction of disinfectants with organic and inorganic materials in source water.

Even in a miniscule volume, the toxicity of byproducts such as trihalomethanes and haloacetic acids can be significant. Hundreds of byproducts from water-treatment processes have been identified. The EPA regulates 11 byproducts that have been associated with cancer, reproductive and developmental health risks. In Seattle, these disinfection byproducts are well below regulatory limits.

To meet EPA’s 2006 standards for certain byproducts, some U.S. treatment facilities switched to chloramination as their secondary disinfection. This process uses ammonia as well as chlorine. Seattle does not use chloramination.

The EPA’s Integrated Disinfection Byproducts Mixtures Research Project (called the 4Lab Study) is developing chemical and toxicological assessments using two treatment protocols, chlorination and chloramination, and is looking at the formation of byproducts and their mixtures.

A number of effects from chloraminated byproducts have been documented, even though they remain largely unregulated, explained environmental chemist Gretchen Onstad, UW acting assistant professor of environmental and occupational health sciences. She studied under one of the lead investigators in the 4Lab Study. Her doctoral dissertation was on halogenated furanones in drinking water. These are mutagenic disinfection byproducts that are potential human carcinogens and yet unregulated.

Onstad recently received a $175,000 grant from the EPA to identify and test levels of 35 different byproducts and compounds in drinking water for the 4Lab Study.

The findings, explained Onstad, “will tell us more about the toxicity of treated drinking water.”

“Part of the puzzle in cases of cancer or reproductive or developmental effects associated with drinking chlorinated or chloraminated water, " she said, "is that it’s impossible to account for those effects based on byproducts we’ve identified. Is cancer coming from byproducts we haven’t identified or from the chemical mixtures’ effect?”

“Seattle has highly protected watersheds because of the efforts of people over the last 100 years to secure a water supply away from development and to prioritize the protection of that land,"  explained Jim Nilson, a water quality engineer at Seattle Public Utilities. "Few cities in the country have such protected watersheds,”

Thousands of public water systems serve Washington state’s population. (See map.) About 200 of these supply drinking water to the majority of residents. These water systems rely on surface water, such as rivers and streams. Surface water sources are inherently more vulnerable to contamination and loss of supply.

“When the watersheds are protected, treatment costs and the probability of water system emergencies are lower,” explained Kitty Weisman of the Washington State Department of Health’s Office of Drinking Water.

Small and mid-size communities may have limited financial or staff resources, Weisman explained. Two-thirds of the drinking water utilities that rely on surface water don’t own the land surrounding the watershed.

The Safe Drinking Water Act gives state and federal agencies regulatory authority over drinking water operations and distribution. But when it comes to source water, activities on private land fall under local land-use regulations, which may not protect drinking water. Yet these activities, from farming and forest practices to building and development, can directly influence wate quality.

Some watersheds are particularly fragile due to steep slopes and unstable soils, Weisman said. Forest practices and development may lead to erosion and increase turbidity, particularly after heavy winter storms. Downstream, a treatment plant may be forced to shut down because it is designed to treat only water within a certain turbidity range.

The community would then need to spend time and money to find an alternate drinking water source.

Jonathan Nagata, a master’s student in environmental health and a graduate student at UW’s Evans School of Public Affairs, is working with Weisman to develop and lead a training series for water-treatment operators and managers. The series, which begins later this year, will cover forest practice regulations and collaboration with watershed landowners.

“It’s like worlds colliding,” Nagata said, “Public health meets policy meets water quality meets watershed management.” His analogy can also refer to all the different people, agencies and operations that protect a single resource: the water we drink from the tap.