A non-addictive opioid exists for patients with problematic behaviors, but most primary-care providers don’t prescribe it
Brian Donohue
11/08/2016 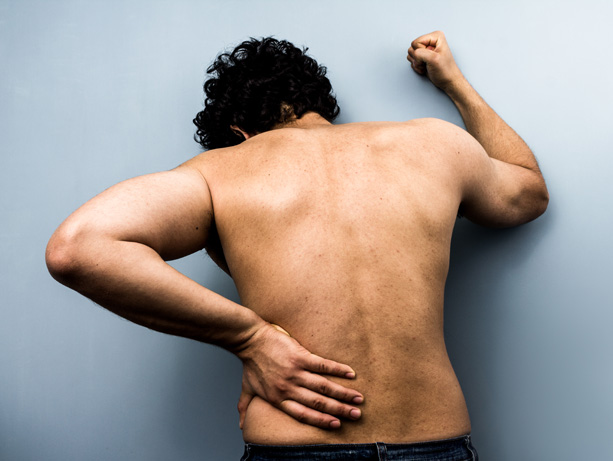 Problem behavior indicative of addiction is pervasive among chronic pain patients who receive opioid prescriptions at primary-care clinics. Clinicians, however, continue to prescribe addictive drugs such as oxycodone and morphine to the majority of patients with these behaviors despite the availability of alternative therapy that can treat both pain and addiction.

So suggests research (PDF) published Nov. 8 by the Journal of the American Board of Family Medicine. Dr. Lucinda Grande, a clinical instructor of family medicine at the University of Washington, led the study.

Grande, a primary-care doctor who specializes in chronic pain and addiction, said the work reflects the fraught nature of treating such patients, most of whom receive prescriptions at primary-care clinics like the one where she works in Lacey, Washington.

“There are a lot of good doctors out there, and those of us who prescribe opioids see troublesome behavior all the time,” she said. “Patients with addiction problems can be complicated or overwhelming to care for. It’s hard to know whether the patient’s best interest is served by continuing the prescription.”

The study involved 233 patients who received opioid prescriptions from 2011-2013 at a primary-care clinic in Olympia, Washington.

The clinic had put in place an unusually systematic program to track patients prescribed opioids. Researchers identified 11 problem drug behaviors – e.g., requests for early refills, inconsistent urine drug tests – and reviewed the care of the study patients over the span.

The patients with the greatest evidence of an opioid-use disorder were the least likely to continue receiving those prescriptions from the clinic, but opportunities to transition those patients to the drug buprenorphine were missed, Grande said.

Buprenorphine, best known by the brand name Suboxone, is a powerful pain medicine and uniquely safe among opioids. It blocks neural receptors that lead to respiratory depression and overdose death. It also blocks both euphoria and craving for opioids, so effectively treats addiction.

Centers for Disease Control and Prevention
Despite new laws regulating the prescription of opioids for chronic, non-cancer pain, patient deaths from those prescriptions are still a problem.
graphic about At least half of all opioid overdose deaths involve a prescription opioid.

Unfortunately, only about 3 percent of U.S. primary-care physicians have completed a federally mandated, eight-hour training to prescribe buprenorphine for addiction. (Current law does not allow nurse practitioners or physicians’ assistants to prescribe it for addiction, but this restriction will soon end.)

That lack of uptake among front-line physicians has narrowed options for patients with behaviors suggesting addiction.

Doctors often continue the same drug regimen despite the problems, counting on their long-term relationship to provide stability to troubled patients. Referral for addiction treatment is rarely accepted by patients, Grande said, and simply ending opioid prescriptions can lead patients to seek pain pills illicitly or turn to heroin.

“The healthcare system is not responding adequately to this population,” she said. “There is a better way to care for them but it’s not well appreciated by primary-care physicians.”

Studies have shown that most patients who switch from traditional opioids to buprenorphine have reduced pain and improved quality of life. Grande has witnessed these effects among the 75 patients she manages on a buprenorphine regimen. Effective prescribing of the drug takes some understanding of its unique properties, she said, and the mandated training is helpful.

Under-the-tongue buprenorphine is most suitable to chronic-pain patients, Grande said, but insurance usually will not cover that form unless the patient is being treated for addiction.
picture of a box of sublingual buprenorphine

The drug’s safety and lack of addictiveness beg the question: Why not prescribe buprenorphine more widely as a first-line pain medicine?

Grande explained: The drug is FDA-approved to treat pain in a low-dose patch and a high-dose injection, but not in the under-the-tongue form suitable for most chronic-pain patients. Even if pain patients can find a physician willing to prescribe “off-label” – that is, outside of FDA guidance – insurers will not cover such prescriptions and most patients cannot cover the cost.

That compels Grande to have hard conversations with patients who display problem behaviors, asking them to acknowledge an opioid-use disorder so they can get insurance-covered access to a medication better suited to their condition.

“Only when you switch them to buprenorphine do you realize that, in many cases, the problem behavior is specific to the drug, not to the person,” she said.

Primary-care clinics should consider establishing programs to help identify patients with opioid-use disorder. For those patients, clinics should ensure access to evidence-based treatment such as buprenorphine so the patients will not suffer harm when their addictive opioid medications are discontinued, the authors wrote.