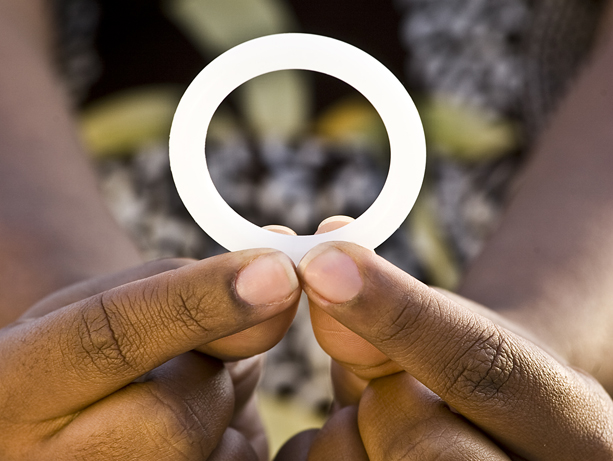 Results of the ASPIRE trial, which enrolled more than 2,600 women in Africa, were announced today at the Conference on Retroviruses and Opportunistic Infections in Boston. The results also will be published online in the New England Journal of Medicine.

Overall, the HIV risk was reduced by 27 percent, and in women older than 21, who appeared to use the ring better than younger women, the risk reduction was more than half.

“This is a glass half-full moment,” said Jared Baeten, a University of Washington professor of medicine and global health, who led the study. “The HIV prevention field for women has struggled in the last few years – at times the glass had seemed almost completely empty. Now, for the first time, we have two trials demonstrating that a female-controlled HIV prevention method can safely help reduce new HIV infections. I’m optimistic about what these results might mean for women worldwide.”

The study was conducted through the Microbicide Trials Network and funded by the National Institutes of Health.

In the second trial, HIV risk was reduced by 31 percent overall and by 37 percent among participants older than 21. That trial, called The Ring Study, is ongoing, but researchers are reporting results early on the recommendation of an independent data- and safety-monitoring board.

In both trials, women were given a vaginal ring containing an antiretroviral drug called dapivirine.

Vaginal rings are flexible products that fit high up in the vagina, where they release a medication slowly. They are used in the United States and Europe to deliver hormonal contraception. Women can insert and remove the ring, which has a duration of one month.

ASPIRE was conducted between August 2012 and June 2015. It enrolled 2,629 women who were randomly assigned to use either the dapivirine ring or a placebo ring. Participation averaged 18 months. Women received a new ring at each monthly visit, plus condoms and HIV-prevention counseling.

"I’m optimistic about what these results might mean for women worldwide," said Jared Baeten, UW professor of medicine, who led the ASPIRE trial..
picture of Jared Baeten

Researchers compared the number of HIV infections that emerged in each group. Overall, 168 women in the study acquired HIV – 97 in the placebo group and 71 in the dapivirine ring group, representing a 27 percent reduced rate of HIV in the test group. A secondary analysis, planned early into the study, excluded data from two of the trial’s 15 sites because of poor retention and adherence among subjects. In that analysis, 139 HIV infections emerged – 85 in the placebo ring group and 54 in the dapivirine ring group, representing in a 37 percent reduction in HIV infections. Results of both analyses were statistically significant. Additional analyses found HIV risk reduction exceeded 50 percent in women older than age 21.

“Now that we know the dapivirine ring can help safely offer protection, we plan to seek regulatory approval and in parallel work with partners to better understand and build on today’s findings,” said Zeda Rosenberg, chief executive of The International Partnership for Microbicides, which developed the monthly dapivirine ring.

The two clinical trials were designed to provide evidence to support potential licensure of the dapivirine vaginal ring for preventing HIV in women. Because at least two Phase III efficacy trials are usually needed for a product to be considered for regulatory approval, these two trials were conducted in parallel to accelerate the timeline for such potential consideration.