Special Series: From lobotomy to "death with dignity," issues create debates that shift with public perceptions of right and wrong.
Brian Donohue
12/05/2013 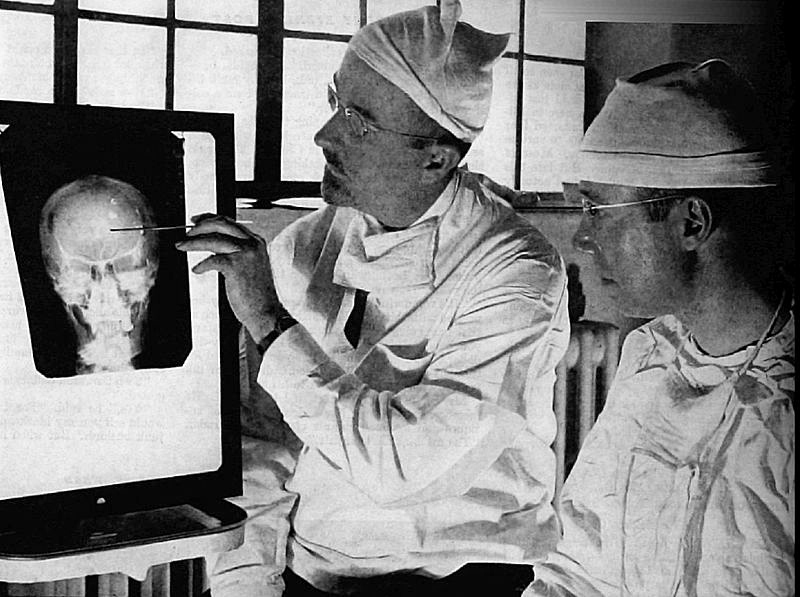 This story is the first in a series of seven articles about bioethics. Q&A’s with UW experts will discuss medical ethics at the beginning of life and the approach of death, as well as during clinical consultation, pain care, research and teaching.

In 1970, a cancer researcher conceived the term “bioethics” to describe the intertwined domains of biology, medicine and human values. In the next five years, the term’s relevance crystallized:

The cascade of events toppled forever the public presumption of medical practitioners’ righteousness.

Brian Donohue
Tom McCormick has devoted his career to deliberating bioethical issues in science and medicine.
Tom McCormick, shown in his UW office

Amid the uproar and new consciousness, Tom McCormick, a freshly minted doctor of ministry with a major in bioethics, launched his career at the University of Washington. He was teaching ethics to medical students.

“What is a physician’s duty to an embryo? Should doctors use a feeding tube to nourish a dying body? Who should live when not all can live? I was intrigued by these kinds of questions,” he said late last year as his fourth decade in the classroom approached.

The senior lecturer emeritus sees now what he could not then: how technology’s perpetual advance begets ethical dilemmas; how patient and research cases spur court opinions and legislation that become pivot points for institutional improvement; and how the public’s expectations of caregivers have evolved to prize information and competence over Norman Rockwell-like bedside manner.

McCormick sees, too, the lasting reverberations of ethical lapses.

“We’ll talk in class about Tuskegee, and African-American students sometimes say they still feel that if they go to a white doctor, they’re not going to get as good a treatment as a white patient. This is today. That’s very powerful.”

Health has been bound with ethical dilemma since hunter-gatherers decided to leave behind injured members of the tribe. In 1847, a century before McCormick finished grade school, the American Medical Association published its first “Code of Medical Ethics.”

Citing the “close connection between hygiene and morals,” its authors ordained tenets that prevail to this day: The code obligated physicians to respect patients’ confidentiality and to base prognoses in knowledge, not speculation. It renounced purveyors of “quack medicine.” It called on doctors not to abandon patients with incurable conditions, “for his attendance may continue to be highly useful … even in the last period of a fatal malady, by alleviating pain.” Today “palliative” care is one of medicine’s fastest-growing areas.

The code also brimmed with claims of virtue: Physicians “have adorned the profession by their learning and their piety” and enjoy “a right to be attentively and respectively listened to.”

Such was the noble pedestal on which the medical community perched comfortably until the 1947 Nuremberg trials, which laid bare German doctors’ experiments on Jews and prisoners of war during World War II. The gruesome details tarnished physicians’ halos.

The mid-20th century also saw the advent of the biomedical revolution and its resulting dilemmas.

“From 1943 to 1976,” McCormick said, “we began prescribing penicillin; we could use lithium for patients who were manic and antipsychotic medication for schizophrenics. We created medications for tuberculosis and high blood pressure. We could keep people going with ventilators if they couldn’t breathe on their own. We did open-heart surgery.

Courtesy of the Lacks Family/Wikimedia Commons
Medical researchers used Henrietta Lacks’ cells for decades after her death, without her or her family’s permission.
Henrietta and David Lacks

“The Harvard Committee redefined death criteria so we could determine ‘brain death,’ allowing surgeons to harvest organs for transplant. We could do things in medicine never before possible.”

With discoveries came quandaries. For example, before the Scribner shunt enabled long-term  dialysis, people died of irreversible renal failure. Yet after long-term dialysis was invented, for a while there weren’t enough machines to go around. Some people were chosen by an anonymous committee to live and others who weren’t selected died, McCormick said. Today, with dialysis widely available, some still patients choose to stop treatment and die.

“Some terminally ill patients want to forgo treatment. Does that constitute suicide? Should that be the patient’s right or should we forbid that? For all these years we couldn’t keep people alive, now we have this person on a ventilator but he’s unconscious and neurologists say his brain will never wake up. Do we keep him on a ventilator?”

Science and ethics: hare and tortoise

For the past half-century, distilling such issues into policies that are fair to patients and maintain accountability for medical decision-makers has been akin to building near a shoreline: Footing feels firm for a while, then a high-profile finding or lawsuit or legislation changes the topography and a rationale’s boundaries must be re-staked.

In that span, McCormick said, professional associations representing physicians, nurses, social workers and others have assertively set out guidelines.

Gevorg Gevorgyan
Michigan physician Jack Kevorkian helped more than 130 people commit suicide from 1990 to 1998, he said. He served eight years on a second-degree murder conviction stemming from one such case.
Dr. Jack Kevorkian

Often they are in harmony, but not always.

“Suppose a physician prescribes a morning-after pill to prevent conception. The pharmacist might say, ‘In conscience, I can’t fill that prescription.’ There can be conflict on the basis of values within the healthcare arena,” McCormick said.

Courts and legislators also have been increasingly involved in framing bioethics tenets. The principle of “informed consent,” for instance, intends that patients are sufficiently apprised of their medical condition and the risks and benefits of the proposed treatment, in order to decide whether to go forward with the physician’s plan.

Yet 50-plus years later, informed consent is hardly a slip-free slope. Medical researchers struggle to produce consent forms that convey risk without being so verbose that potential subjects sign without reading, negating the good intention.

If that principle still has squishy spots after decades of thought applied by caregivers, academics, courts and other stakeholders, imagine how long it could take to draw ethical guidelines for the next horizon, individual genomes?

“Maybe within a year,” McCormick said, “for a thousand bucks you can get your genome typed to tell you what diseases you might be susceptible to. You could take that report to your family doctor and ask, ‘What does this mean for me?’ and they may not have the slightest idea.”

McCormick pointed to other major influences on medicine’s ethical practice during his career. Foremost, he said, is the dollar.

“As medicine became more scientific, it became more of a business. Professional virtues like compassion have diminished with the focus on profit,” he said. “Health insurance has been increasingly difficult to afford, and insurers are deciding which procedures and medication are appropriate for patients.

“Why don’t we have universal healthcare like France or Canada? Because the business side is so embedded that our politicians will never vote for it. I don’t know the effects of the Affordable Care Act, but currently, people with Medicaid or Medicare have trouble getting care as some doctors set a quota on those patients because the low reimbursement threatens the viability of their practice.

“There also are more cases of falsified data in medical research,” he continued. “The pressure to get published, to get promoted and get grant money leads some researchers to fabricate data, plagiarize or to Photoshop a picture. I think 90 percent or more of the time, people operate with integrity and do not violate principles. But the literature shows the number of infractions is up.”

On the plus side: The proliferation of information technology has empowered us all.

Internet-savvy patients ask smarter questions and are better able to find competent care and clinical trials. Electronic medical records have made health histories and past prescriptions more accessible to patients and their doctors. Hospitals are better able to flag errors, trace systematic flaws and rally teams to address them. Clinicians and scientists share lessons and best practices via webinars. How-to videos of procedures and other electronic simulations help surgeons learn.

Hospitals also have, by and large, acknowledged blind spots and begun to embrace viewpoints from outside their silos: Patient and community councils are sought for input on policy and facility design; professional management agencies are engaged to pinpoint inefficiencies and to teach administrators how to build “patients first” cultures.

Equally important, ethical behavior in hospitals is no longer just a lofty ideal.

Signs admonish patients to check caregivers for clean hands. Discovery of a procedural misstep is as likely to bring gratitude as scorn. When medical errors adversely affect patients and research subjects, disclosure is more the norm. Future doctors and researchers are taught to question directives that seem inappropriate.

So, even as medicine has become specialized and transactional, its practitioners regard ethics more earnestly and openly than their forebears. This pendulum swing could continue as federal reimbursements for care are tied to outcomes- and patient-satisfaction data.

At the least, today’s and tomorrow’s ethical unknowns – how genetic information will be shared, for instance, and the potential apportioning of care for the elderly – will enjoy debate informed by more wisdom than was the case in 1970. Policymaking wheels may not turn faster, and profitability will still hold sway, but the notion of reasonable community standards will have a seat at the table.

“I believe medicine is practiced within a principled framework,” McCormick said. “Beneficence: I am here to help you. Nonmaleficence: I will try to minimize harm. Autonomy: I will respect your values. Justice: I won’t treat you differently because of your gender, race, ethnicity and so on.

“These four motors are running in every clinical encounter. I advise students to look at questions in light of that framework. There are dynamic factors with every case, but judiciously applied principles can lead the seeker to the best ethical alternative.”