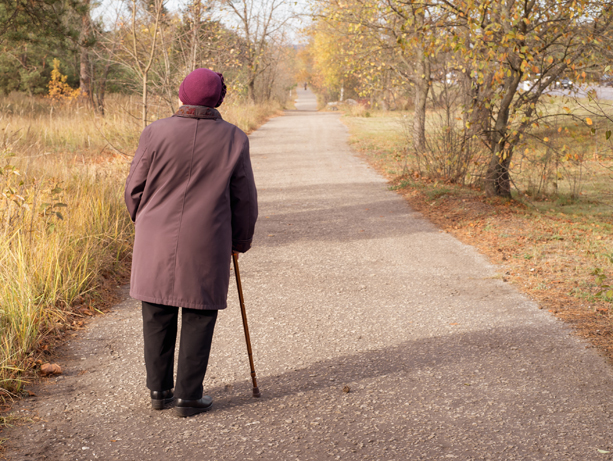 If you’re among the ranks of senior citizens diagnosed as medically frail, it might be in your interest to carry a few more pounds, according to two studies led at the University of Washington.

“Frailty” is a medical syndrome characterized by weight and muscle loss, fatigue, slow walking and low levels of physical activity. It affects some, though not all, older adults, and poses a higher risk of death and disability.

“We highlighted a need to re-evaluate the definition of ‘healthy’ weight in people who have been diagnosed with frailty. Nutritional interventions aimed at slowing down or even preventing body fat loss might be important,” said Oleg Zaslavsky, a UW assistant professor of nursing and primary investigator for both studies.

The CDC might reconsider whether its recommended BMI range be revised for elder frail people, said Oleg Zaslavsky, lead researcher on the studies.
picture of Oleg Zalavsky

One study, published in the Journal of the American Geriatric Society, involved a longitudinal evaluation of more than 11,000 women ages 65 to 84 with frailty. Among them, women with a BMI of 25-35 kg/m2 had a lower rate of death than those with lower BMIs.

The finding is out of step with the 18-25 kg/m2 BMI defined as optimal by the U.S. Centers for Disease Control and Prevention. The CDC does not adjust its recommended BMI range for people’s age.

The second study, scheduled to be published this summer in the Journal of Nutrition, Health and Aging, examined the bone mineral density of 876 frail older women. Results associated low body fat with increased mortality.

Both studies challenge the conventional medical guidance that less body mass and less fat is healthier.

“Our next projects will examine diet as it relates to body composition for frail women. Should the relationship be confirmed, this might suggest clinically meaningful diet changes for older persons with frailty,” Zaslavsky said.

The WHI program is funded by the National Heart, Lung and Blood Institute, the National Institutes of Health, and the U.S. Department of Health and Human Services. The funding agencies had no role in the design and conduct of this study, the analysis or interpretation of the data, or the preparation of the manuscript.