Lack of sleep might underlie ADHD, migraines in children

Lack of sleep might underlie ADHD, migraines in children

An overnight study can reveal apnea and other disruptions that contribute to more common diagnoses, a pediatric neurologist says.
Brian Donohue
12/05/2013 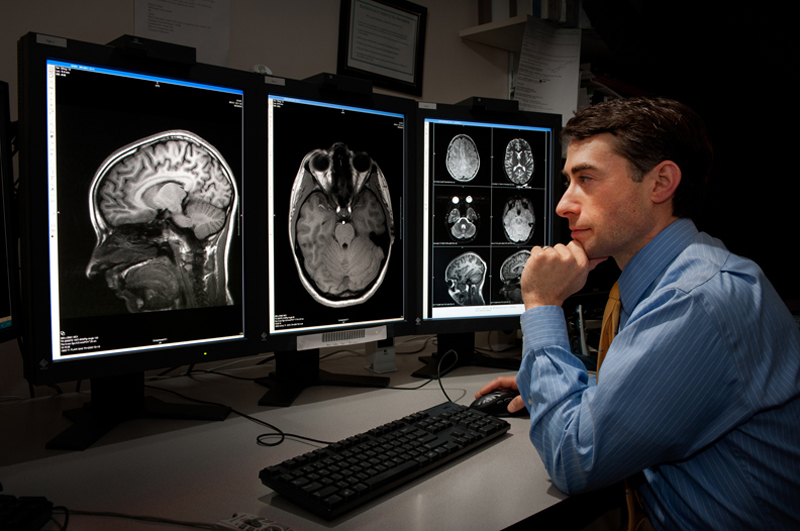 The child displays hallmark behaviors – fidgety, impulsive, irritable, inattentive – and has been diagnosed with ADHD. Pediatric neurologist Kevin Joseph isn’t stepping through a DSM-IV screening, though. His questions tack in another direction.

“How well does your child sleep?”

Joseph, a sleep specialist at Valley Medical Center, regularly witnesses the revelations of an overnight polysomnography.

“I saw a boy, 9 years old, who couldn’t sit still in class, couldn’t remember to brush his teeth. Turns out he had severe sleep apnea, like 101 events per hour, and for a child, normal is 1.5 events,” Joseph said. “His oxygen saturations were down in the 70-80 percent level when they should’ve been 95-100 percent. We sent him for a tonsillectomy and at follow-up his parents reported he was sitting in class, not fighting, even losing some weight.

“He was like a new kid, and they were thrilled. And I never put him on medication.”

When sleep disturbances such as apnea are brought to light, cases of childhood migraines and attention deficit hyperactivity disorder, even epilepsy, often can be ameliorated or resolved.
Joseph studied at Walter Reed Army Medical Center and added training in pediatric neurology at Children’s National Medical Center. In the last four of his nine years of active duty, he treated soldiers for brain injuries in Iraq and was chief of child neurology at Madigan Army Medical Center in Tacoma.

There he saw how a parent’s deployment can subvert a child’s evening routines, spurring migraines and nightmares. More recently, he has witnessed how economic hardship deprives the whole household, not just the breadwinners, of sleep.

“I always ask parents about stressors at home,” he said. “If parents are out of work or have financial issues, even if they only talk about those issues behind closed doors, it tends to seep through.”

The American Academy of Pediatrics in 2012 revised its clinical-practice guideline, recommending that all children and adolescents who snore regularly be screened in a lab setting for obstructive sleep apnea.

Despite well-documented negatives associated with adult sleep disorders, parents are often surprised to learn about sleeplessness’ impact on a child, Joseph said. Sleep is when growth hormone is secreted, fueling body and brain development.

Joseph’s patients at the Pediatric Sleep Center include NICU preemies and 18-year-olds. They are restless or listless or developmentally delayed. They or their parents present with concerns about snoring, night terrors, sleepwalking, headaches and seizures, poor report cards and other events.

For people with epilepsy, disrupted sleep can re-awaken symptoms that medication had largely controlled. Joseph mentioned cases of college freshmen whose newfound freedom led them to join a late-night study session, and then seizures struck anew.

Craig Harrold
Mackenzie was diagnosed with obstructive sleep apnea, and has experienced no headaches since wearing a CPAP (continuous positive airway pressure) device during sleep.
Picture of child in a sleep study

It’s important to get a formal diagnosis of obstructive apnea before a tonsillectomy is weighed, because a child with the condition is at greater risk of postoperative problems with the airway and with bleeding, Joseph said. The usefulness of a CPAP device should be considered, as well, because tonsillectomy doesn’t always bring relief.

“I saw a girl who had migraines that we couldn’t control with medication. She had obstructive apnea. She had a tonsillectomy, which didn’t affect the apnea, but then we put the CPAP on her and her headaches went away,” he said. “It was a huge success for the family. She wears this thing religiously.”