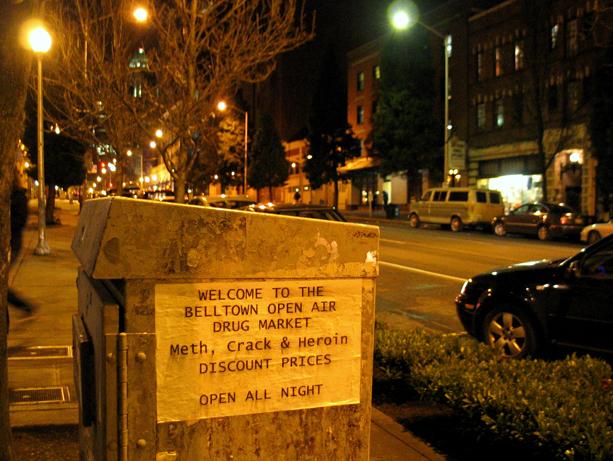 Heroin deaths in the Seattle-King County area rose 58 percent from 2013 to 2014, according to an annual report published today by the University of Washington’s Alcohol and Drug Abuse Institute.

“The increase in drug deaths in 2014, particularly heroin, is quite distressing,” said Caleb Banta-Green, senior research scientist and the report’s lead author. “The county has expanded access to lifesaving measures, including opioid drug treatment, and is distributing the opiate overdose antidote naloxone, but it appears that heroin use and related mortality are outpacing these efforts.”

“We need the entire community to know that we have a serious drug problem that affects people across our county, that more can be done, and that they can be part of the solution,” Banta-Green said. “Learn how to recognize an opiate overdose and use the overdose-reversal medicine. Call 9-1-1 for help if you see an overdose. Learn about treatment options. If more people take action, we can decrease deaths.”

The report was developed by experts from county, state and federal agencies, as well as staff from local health and social service agencies.

Death from opiates in King County in 2014:

“The good news is that many opiate overdoses, heroin or pharmaceutical, can be reversed before a person dies,” said Jeff Duchin, health officer for Public Health-Seattle & King County. “There are many locations where people can obtain naloxone, also known as Narcan, an antidote that quickly and safely reverses opioid overdoses. The website www.stopoverdose.org has a directory of those locations. Through the downtown syringe exchange, we’ve distributed 926 kits and have had 224 reversals reported to us, which shows lives can be saved if friends and families of drug users obtain naloxone and learn how to use it.”

Approximately 40% of patients admitted to treatment programs for heroin or prescription-type opiates were ages 18-29 in 2014, representing a much younger age group than a decade ago.

“Opioid addiction is a chronic, relapsing health condition. We want to be able to provide all appropriate forms of care in King County for those in need. The best available treatment outcomes come from medication-assisted treatment with methadone or buprenorphine,” said Brad Finegood with King County’s Mental Health, Chemical Abuse and Dependency Services Division.

“We expanded methadone treatment capacity by 400 slots in 2014 and continue to expand it in 2015," he said. "We are working to open another medication assisted treatment clinic in south King County, where the data shows we have an unmet need. We also need to get more prescribers willing to treat addiction with buprenorphine, and we are working with the state to improve reimbursement rates. We need people who are addicted and their family members to continue to be open-minded about the options available for drug treatment. Untreated opiate addiction can be deadly.”

Mental illness and drug use

"Law enforcement wants to help in these emergency situations. It’s also important for friends, families and loved ones of those who consume opiates to become familiar with naloxone which, when used properly, can usually stop an opiate overdose," Urquhart said.

In a medical emergency like a drug overdose, saving a life is paramount, said King County Prosecuting Attorney Dan Satterberg. "Neither the overdose victim nor the people trying to help the victim will find themselves in trouble with the law for illegal drug possession."