Kids can regrow a fingertip. Why can’t adults?

Kids can regrow a fingertip. Why can’t adults? 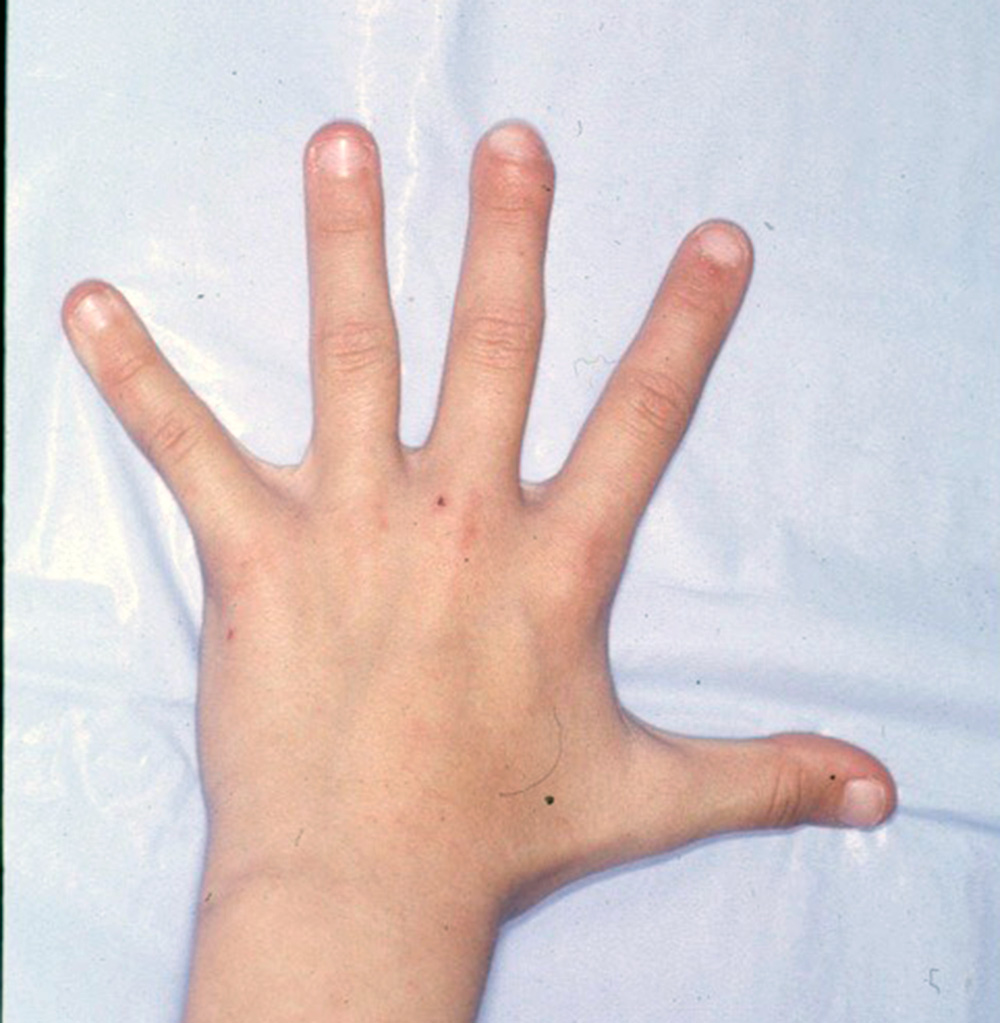 A 7-year-old girl sticks her finger through the spinning spokes of her brother’s bike. The tip gets torn off.

She soon arrives in the emergency room, where Dr. Christopher Allan and his fellow UW Medicine surgeons face a decision. Should they attempt microsurgical reattachment? Suture the wound to minimize tissue damage? Or should they stick the tip back on as a “biologic dressing” to protect the wound and hope it grafts back on to the finger?

After an hour under the microscope, where they were trying to find an artery large enough to repair, they stuck the fingertip on and told the parents that it would likely die. It did. Eight weeks later the girl brought Allan the missing fingertip in a plastic bag.

On her hand was a perfectly functional new one.

Allan, then and now a surgeon at the Hand, Shoulder and Elbow Center at Harborview Medical Center in Seattle, knew from case studies that children could regrow amputated fingertips. But he’d never witnessed that regrowth firsthand.

Seeing it prompted him to spend the following 15-plus years exploring whether adults could ever do the same.

With collaborators across the country, he’s found cells capable of regeneration in the fingertips of adults, studied the regenerative wonder that is the zebrafish, and helped build a futuristic glove that can protect healing hands.

Each research area is a piece of a puzzle that would, if solved, help doctors regrow lost fingertips, fingers, or perhaps even entire limbs.

As a surgeon at a Level One trauma center, Allan knows the need is great. Hand injuries account for 30 percent of all amputations and ten percent of emergency department visits.  This adds up to more than four million cases a year, according to the Centers for Disease Control and Prevention.

“We see so many traumatic injuries here, but we can only do so much,” said Allan, who is also an investigator at UW Medicine’s Institute for Stem Cell and Regenerative Medicine. “The idea of a different approach than just sewing something back on has great appeal.”

Prosthetics and robotics can offer some relief to patients who have lost digits or limbs, Allan said. Hand transplants, while still rare, have been performed dozens of times around the world.  Allan thinks the ideal solution would be to regrow a functional new digit or limb.

Here’s his dream for treating a future patient who lost fingers in an accident:  He’d take stem cells from the patient and grow them rapidly in culture; build a scaffolding out of biomaterial that would support those cells, a la bone; and then send chemical or mechanical signals to coax them to regrow tissue. All of that would happen in a safe environment where the tissue could heal, like within that futuristic glove.

Researchers have yet to identify all the hurdles to this dream, let alone solve them. Nonetheless,  the broad outlines of what scientists have to do are known. First, they need cells capable of regeneration, and lots of them. In a 2016 paper, Allan and his team showed that even when we are adults, our fingers retain a population of cells that can turn into other types of tissue when given the right signal.

That suggests that the reason why adults can’t regrow a fingertip like that 7-year-old girl isn’t a biological law, but something else: not enough cells capable of regeneration, or lack of a proper environment, or missing signals to kick start the regenerative process.

The answers may lurk in one of nature’s regenerative wonders, the zebrafish. If its fin is amputated, it simply grows a new one.

If a zebrafish loses its tail, it regrows a new one.
zebrafish tail

Allan collaborates with Ron Kwon, UW assistant professor of orthopedics and sports medicine, to understand the biological underpinnings of that regrowth and see how it compares with us mammals.

One major question is whether mammalian cells, if placed into a proper environment, possess the necessary molecular machinery to regrow appendages. To investigate this, the researchers are exploring how mouse cells, when engrafted into the regenerating fin of a zebrafish, functionally respond to their environment, and how this response differs from zebrafish cells.

Then there’s the REHEAL glove,  bioengineered smart glove whose acronym stands for Regenerative Healing of Extremity Trauma. Being developed in collaboration with researchers at the University of Texas-Arlington, the glove uses negative pressure to suck fluid out of the wound and help promote cell growth and blood flow. The glove will begin clinical trials at Harborview later this summer, Allan said.

Regenerating lost fingers sounds like science fiction. Maybe it is. Allan pushes on anyway. He’s seen the devastation of patients who realize what they’ve lost along with their fingers or hands.

Whenever he has doubts, his mind drifts back to that 7-year-old girl and her regrown fingertip.

“If any human tissue, of any size, can regenerate at any age, it suggests the possibility of doing the same at other sites, with larger tissue volumes, at any age,” he said. “Our true regenerative limits are unknown.”