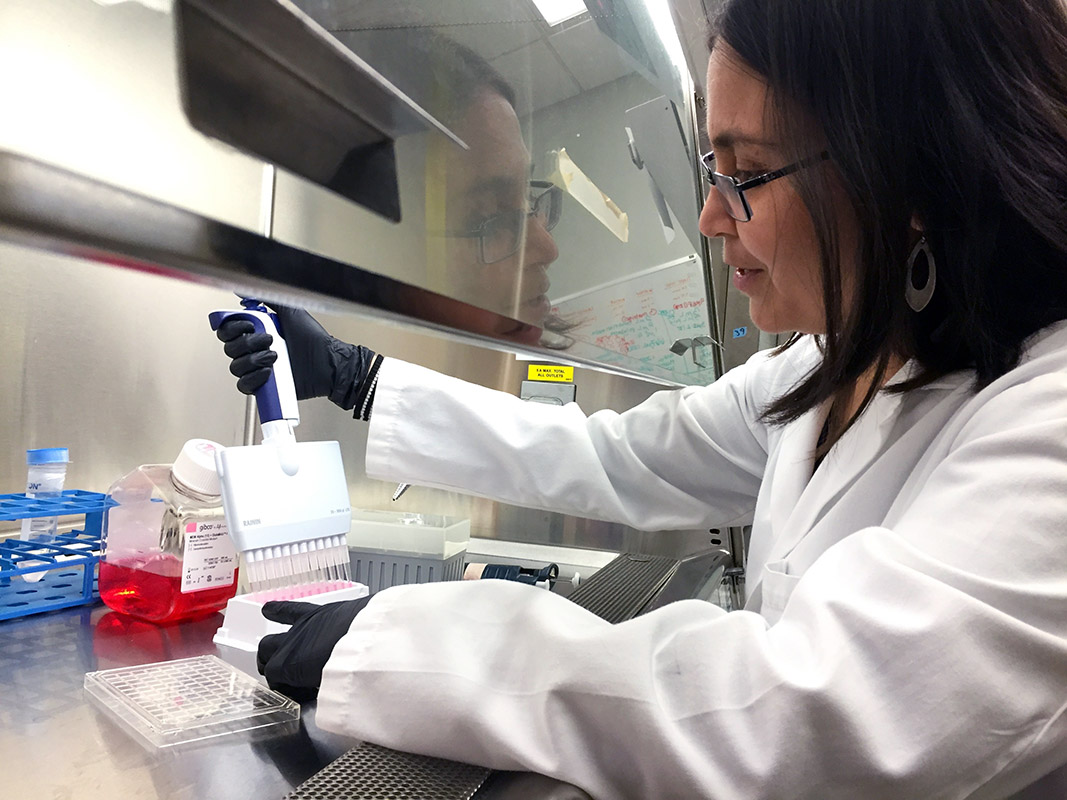 A molecular switch that seems to be essential  for embryonic heart cells to grow into more mature, adult-like heart cells has been discovered.

The discovery should help scientist better understand how human hearts mature. Of particular interest to stem cell and regenerative medicine researchers, the finding may lead to laboratory methods to create heart cells that function more like those found in adult hearts. The molecular switch is described in an paper in the May 11 Proceedings of the National Academies of Science. Read the paper.

“Although we can now induce embryonic stem cells to become heart cells, getting them to mature to an adult-like state remains a significant challenge,” said Hannele Ruohola-Baker,  senior and corresponding author of the paper. “We believe we’ve now found the master switch that drives the maturation process.”  Ruohola-Baker is associate director of the Institute for Stem Cell and  Regenerative Medicine and professor of biochemistry at the University of Washington.

In the months before and after birth, an infant’s heart cells undergo dramatic changes. The cells enlarge, develop complex elements that enable them to contract, and switch from a metabolism that depends on glucose for most of its energy to a metabolism that derives most of its energy from fats. As a result of these changes, the newborn’s heart grows bigger, stronger and far more energy efficient. Relatively little is known about how this maturation takes place.

In the new study, Kavitha T. Kuppusamy, the first author in the article and senior fellow in Ruohola-Baker’s lab, performed transcriptome analysis of RNA produced in 20-day-old human embryonic stem cell-derived cardiomyocytes and in more mature, 13-month-old versions of these cells.  This type of analysis details the types and levels of RNA produced in cells at a particular time. Kuppusamy and Ruohola-Baker were particularly interested in a subset of RNA molecules called microRNA. These play a key role in controlling gene expression and, thereby help regulate the cell’s development, growth and function.

“When we compared microRNA levels seen in the 20-day-old cardiomyocytes and the more mature 13-month-old cardiomyocytes, one microRNA family, called let-7, stood out,” said Kuppusamy. “Other miRNAs were being expressed in high levels in the more mature cells, but let-7 had increased 1000-fold. Interestingly, the let-7 family of micro RNA affects several key genes that regulate glucose metabolism, called the PI3/AKT/insulin pathway.”

To further explore the role of let-7 microRNA in cardiac maturation, Kuppusamy and her colleagues looked to the effects increasing and lowering let-7 levels had on the stem-cell derived heart cells. They found that when they decreased let-7 levels, the cells reverted to a glucose-based metabolism and became smaller, weaker and structurally and functionally less mature. On the other hand, when they increased let-7 levels, the cells switched to a fatty acid-based metabolism and became larger, stronger and structurally and functionally more mature.

In addition to its effect on the insulin pathway, the let-7 microRNA appears to drive these metabolic and functional changes by acting on other key gene regulators.  Among these is a substance, called EZH2, that affects the expression of a wide variety of genes, including those involved in cell development and differentiation.

The findings indicate that let-7 microRNAs are necessary and sufficient to drive the maturation of stem cell-derived cardiomyocytes, Ruohola-Baker said.  They also suggest it may soon be possible to mature the cells in a laboratory dish simply by adding a cocktail of microRNAs to the cell culture.