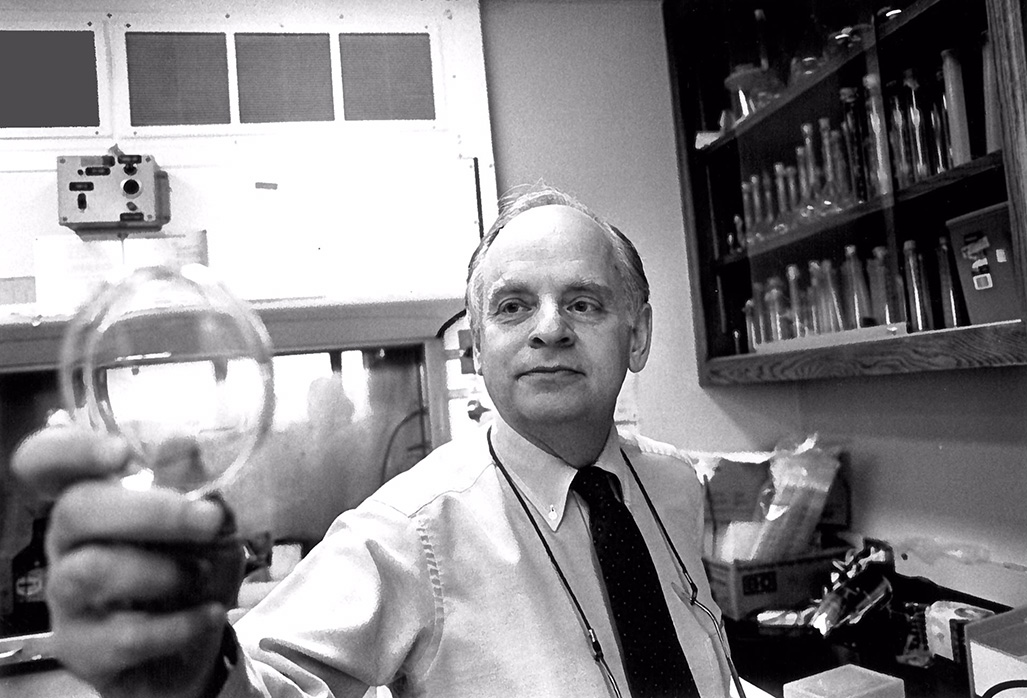 Dr. Seymour Klebanoff, 89, a world leader in the study of how white blood cells kill bacteria, died in his sleep Aug. 31 at his Seattle home. During a long and distinguished career, he established the University of Washington as one of the leading centers in the world for research in infectious diseases.

“It's as if the phagocytes attract bacteria into an intracellular swimming pool and then turn on a spigot of Clorox to kill them," he once said.

Through this discovery and his ongoing research, Dr. Klebanoff changed science’s understanding of the body’s natural defense mechanisms in fighting infections. He advanced knowledge about inflammation and brought about new insights and approaches in the study of cancer, viruses, including HIV, and other infectious diseases.

“Seymour Klebanoff revealed that our own bodies are the best defense against disease,” said Dr. Wes Van Voorhis, who trained under Dr. Klebanoff and is now head of the Division of Allergy and Infectious Diseases at UW Medicine. “Through natural mechanisms that are similar to how household bleach kills organisms, white blood cells take bacteria, viruses and parasites out of the bloodstream and kill them, either directly or in combination with other elements such as iodine. His research also led to new approaches to treat disease when these natural mechanisms are impaired by using therapies to bolster white blood cells.”

Dr. Klebanoff received the prestigious lifetime achievement award from the Association of American Medical Colleges for Distinguished Research in Biomedical Science in 2007. He contributed more than 230 original publications and scholarly reviews to the better understanding of inflammation and host defense mechanisms. He received the MERIT Award from the National Institutes of Health, the Marie T. Bonazinga Award from the Society for Leukocyte Biology, the Alexander Fleming Award from the Infectious Diseases Society of America, and the Bristol-Myers Squibb Award for Distinguished Achievement in Infectious Disease Research.

He joined the UW School of Medicine faculty in 1962. He served as division head for Allergy and Infectious Diseases from 1976 to 1994. He also led two major UW programs that train medical scientists: the Research Training Unit and the Medical Scientist Training Program leading to the M.D./Ph.D. degrees. In 2012, he was honored for his “50 Years of Excellence at UW” with a symposium attended by colleagues and students from around the world.

“Seymour Klebanoff was one of the best faculty members in the history of the UW School of Medicine,” said Dr. Paul Ramsey, chief executive officer of UW Medicine and dean of the UW School of Medicine. “He helped to nurture the careers of many academic physicians, scientists, and community leaders, and I was privileged to be one of many individuals mentored by him over the years.”

He is survived by his wife of 65 years, Evelyn; his children, Dr. Carolyn Klebanoff of San Francisco and Mark Klebanoff of Seattle; and six grandchildren.