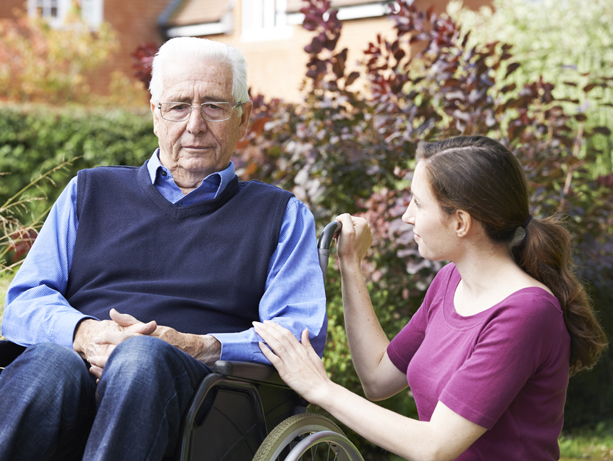 Individuals who care for family members and friends with dementia often lack support, education and communication from healthcare professionals, leading to caregiver distress and inadequate patient care, according to a new study led by researchers at the University of Washington School of Nursing.

The study, published in the American Journal of Alzheimer’s Disease & Other Dementias, found that the caregivers often struggled to implement pain-management interventions, and experienced their own physical and psychological distress due to lack of resources.

“Patients with dementia often experience high levels of pain,” said George Demiris, UW professor in nursing and a study co-author. “Informal caregivers play an essential role in helping patients manage their pain, but often lack the necessary tools to do an effective job.”

In 2014, more than 1.6 million people received hospice care in the United States. Of these, about 15 percent had dementia as their primary diagnosis, and many more had dementia and other ailments.

The study analyzed audio-recorded interviews of 51 informal caregivers – family members or friends – of hospice patients with dementia. The interviews were part of a larger clinical trial that tested problem-solving interventions.

Four themes emerged from the interviews:

“Caregivers had so much difficulty communicating with patients, they often had to rely on non-verbal gestures, like squeezing a caregiver’s hand, to determine if the patient was in pain,” said Robin Tarter, who participated in the research as part of her nursing honors program.

Caregivers also cited a lack of guidance from healthcare professionals on what to anticipate during hospice care, and poor communication about how to manage pain prevention. The group reported being surprised by the severity of pain in their loved ones and stated that professionals rarely addressed pain in health assessments.

The most surprising finding, Tarter said, was how frequently caregivers were uncertain about the cause of patients’ pain, and how that inhibited their ability to help.

“Many caregivers said they couldn’t differentiate between real and imagined pain in patients due to communication barriers and a lack of obvious physical causes,” she said.  “Clinicians are usually trained to treat pain symptoms even when they are unable to determine the cause, but laypersons have rarely been educated about this approach.”

“Hopefully this study can inform training of hospice professionals so they can better provide support for caregivers and patients, Tarter said.”