Higher dementia risk linked to more use of common drugs

Higher dementia risk linked to more use of common drugs

UW-Group Health study of seniors shows danger of extended use of over-the-counter drugs such as Benadryl
Rebecca Hughes and Sarah C. Guthrie
01/26/2015 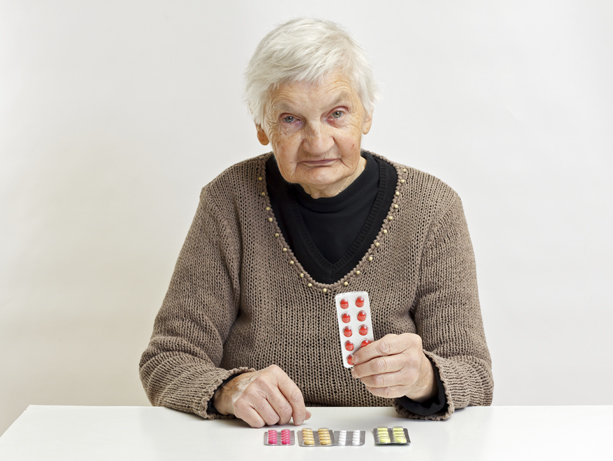 A large study links a significantly increased risk for developing dementia, including Alzheimer’s disease, to taking commonly used medications with anticholinergic effects at higher doses or for a longer time.

“Older adults should be aware that many medications – including some available without a prescription, such as over-the-counter sleep aids – have strong anticholinergic effects,” said Shelly Gray, a University of Washington professor of pharmacy. She is first author of the report, which tracked nearly 3,500 Group Health seniors participating in a long-running joint Group Health-UW study funded by the National Institute on Aging.
Anticholinergic effects happen because some medications block the neurotransmitter called acetylcholine in the brain and body, Gray explained. That can cause many side effects, including drowsiness, constipation, retaining urine, and dry mouth and eyes.

The most commonly used medications in the study were tricyclic antidepressants like doxepin (Sinequan), first-generation antihistamines like chlorpheniramine (Chlor-Trimeton), and antimuscarinics for bladder control like oxybutynin (Ditropan).

The study estimated that people taking at least 10 mg/day of doxepin, 4 mg/day of chlorpheniramine, or 5 mg/day of oxybutynin for more than three years would be at greater risk for developing dementia. Gray said substitutes are available for the first two: a selective serotonin re-uptake inhibitor (SSRI) like citalopram (Celexa) or fluoxitene (Prozac) for depression and a second-generation antihistamine like loratadine (Claritin) for allergies. It’s harder to find alternative medications for urinary incontinence, but some behavioral changes can reduce this problem.

Some participants in the long-term study have agreed to a brain autopsy after they die. That will make it possible to follow up this research by examining whether participants who took anticholinergic medications have more Alzheimer’s-related pathology in their brains compared to nonusers.