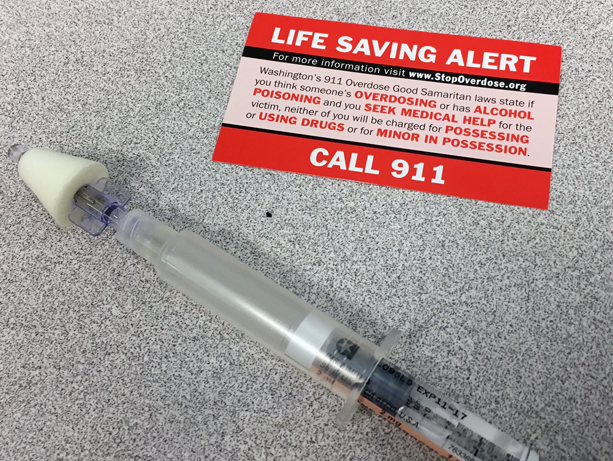 Heroin overdoses claimed the lives of 132 people in King County in 2015, and treatment admissions involving that drug surpassed those of alcohol for the first time, according to an annual report published today by the University of Washington’s Alcohol and Drug Abuse Institute.

“Drug deaths and substance-use disorders continue to have a serious impact across King County," said Caleb Banta-Green, senior research scientist and the report’s lead author. “At the same time, important interventions including substance-use disorder treatment, clean-syringe distribution, and use of the opioid overdose antidote, naloxone, are all increasing.”

Marijuana, in its third full year of being legal in Washington state, was characterized as a drug commonly used in King County. Publicly funded treatment admissions involving marijuana, however, were at their lowest point since 1999.

Heroin use and heroin-related calls to Recovery Helpline and admissions for treatment continued to increase, particularly among 18-29 year-olds.

"The epidemic of heroin and opiate addiction continues to take an unacceptable number of lives in our community, said Dr. Jeff Duchin, health officer for Public Health-Seattle and King County. “All of us can support ongoing work to recognize and treat addiction as the chronic disease that it is, to prevent opioid overdose and to prevent addiction through better treatment and of management of physical and emotional pain.”

Methamphetamine-involved deaths totaled 86 in 2015, up fourfold from a decade earlier. The increase appears to stem in large part from the increasing use of methamphetamine and heroin together.

Ninety-seven deaths in King County were attributed to pharmaceutical opioids in 2015, similar to 2014. Most such use involves oxycodone and hydrocodone, but last year also saw the first documented overdose from acetyl-fentanyl, an illicitly produced synthetic opioid.

Prescription painkillers’ link to heroin was reflected among syringe-exchange clients who reported being “hooked on prescription-type opiates prior to using heroin” – 53 percent, up from 38 percent in 2011.

In 2015 Washington enacted a law that allowed medication prescribers to more easily extend the availability of the opioid overdose antidote naloxone. The percentage of county syringe-exchange clients that had access to naloxone increased from 28 percent in 2013 to 47 percent last year. About 3,500 take-home naloxone kits were distributed and more than 2,000 overdose reversals were reported.

Needle exchanges countywide combined to distribute nearly 7 million syringes in 2015, up from 5.9 million a year earlier.

“King County is actively pursuing ways to treat and address the opiate epidemic in this community.  We are making significant investments in naloxone and coordinating other lifesaving treatment interventions. We have the tools and are figuring out how to disseminate them as far and wide as possible,” said Brad Finegood, assistant director of the county’s Behavioral Health and Recovery Division.