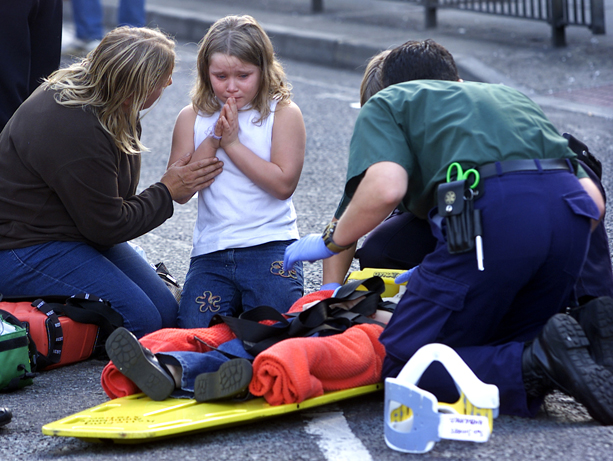 The guidelines, published by the Brain Trauma Foundation in 2003 and updated in 2012, were established for caregivers who treat infants and children with brain injury. Until now, though, no study had examined whether adherence to the guidelines correlated with better patient outcomes.

“Despite existence of the guidelines since 2003, some clinicians have not adopted their use because there was a lack of evidence that they work,” said lead author Dr. Monica S. Vavilala, University of Washington professor of anesthesiology and pediatrics. “Our findings that show that adherence to these guidelines is associated with lower mortality and less neurological impairment. We hope this finding will lead to more widespread adoption of the guidance.”

Vavilala and colleagues examined the medical records of 236 children ages 17 and younger who had been treated in five Level I pediatric trauma centers from 2007 through 2011. The researchers scrutinized 16 guideline-relevant aspects of care before hospital admission, in the emergency department, in the operating room, and in the intensive care unit during the first 72 hours of hospitalization.

Outcomes were survival to discharge and the child's degree of the neurological impairment upon discharge from the hospital.

The average age of the 236 children was 8 years. Thirty-one children (13%) died from their injuries. Among survivors, nearly half (48%) left the hospital with major neurological impairment. The centers' overall adherence rate, across 16 guidelines, was 73%.

Among factors associated with survival were maintaining a good blood-oxygen level in the child by first-responders, early initiation of nutrition in the intensive care unit, and not over- or under- ventilating patients.

Indicators associated with better neurological outcomes were maintaining good blood flow to the brain in the operating room and intensive care unit, and not needing surgery.

“Avoiding hypoxia should be a priority for caregivers at the scene, during transport and at hospitals that will transfer the patient to a pediatric trauma center," Vavilala said. "Maintaining cerebral perfusion pressure above 40 mm Hg should be a high priority in managing these patients while they are in the operating room and ICU."

This study was supported by funding from the National Institutes of Health. NINDS # R01 NS072308-04