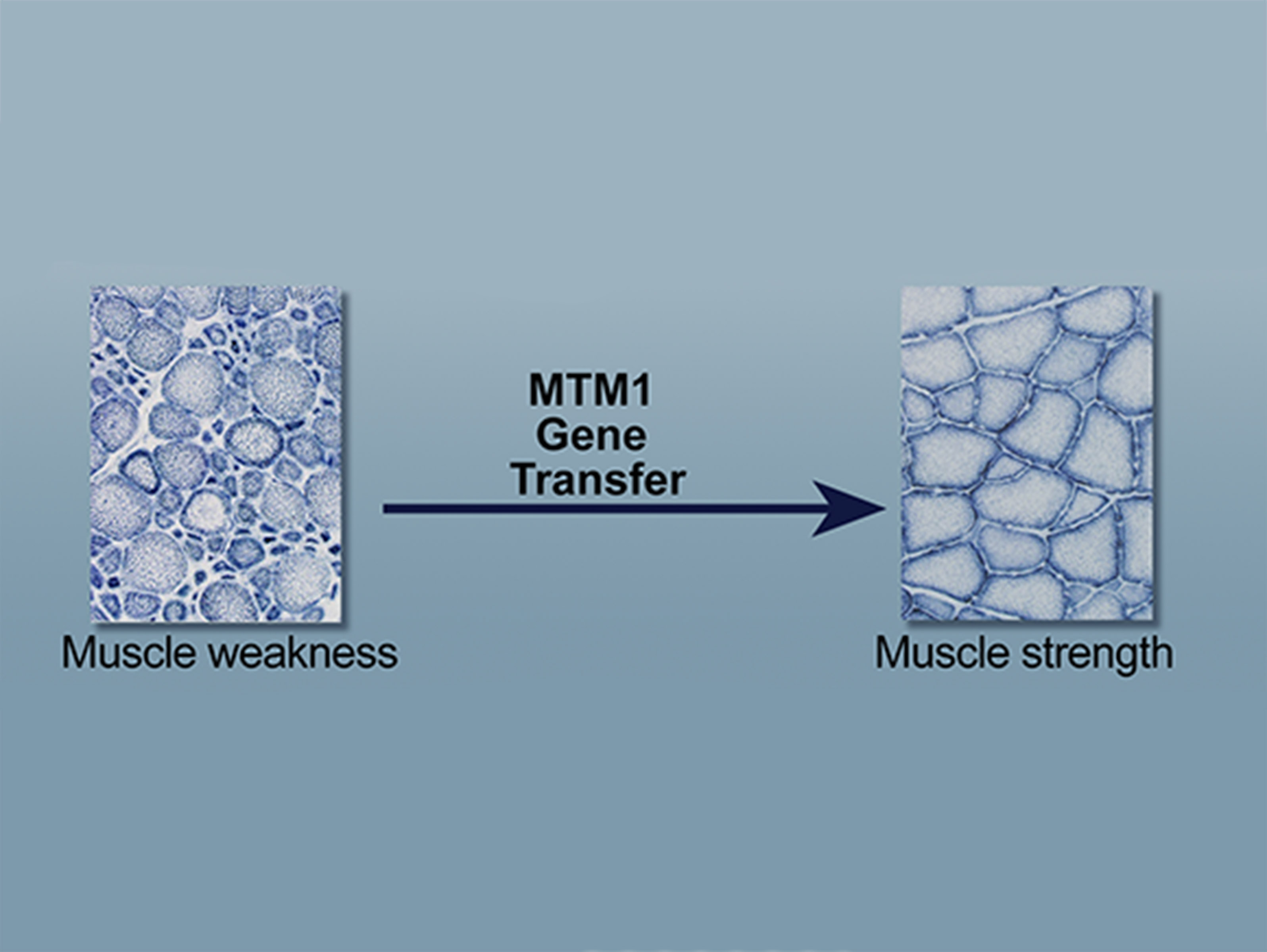 The disease arises from a mutation in genes that normally make a protein, called myotubularin, essential for proper muscle function. Puppies with this naturally occurring mutation exhibit several features of babies with the same defective gene. The rare disorder, called myotubular myopathy, or MTM, affects only males. It causes fatal muscle wasting. Both dogs and boys with the disease typically succumb in early life due to breathing difficulties.

For decades, researchers have struggled to find suitable treatments for genetic muscle diseases like this one. Four collaborating research groups in the United States and France found a way to safely replace the disease-causing MTM gene with a healthy gene throughout the entire musculature of affected dogs.

Their most recent findings were published online this week in Molecular Therapy.

Their paper reports that diseased dogs treated with a single infusion of the corrective therapy were indistinguishable from normal animals one year later.

“This regenerative technology allowed dogs that otherwise would have perished to complete restoration of normal health,” said Dr. Martin K. “Casey” Childers, UW Medicine researcher and physician. Childers is a professor of rehabilitation medicine at the University of Washington School of Medicine and co-director of the Institute for Stem Cell and Regenerative Medicine.

Gene therapy holds the promise to treat many inherited diseases. To date, this approach has not been widely translated into treatment of skeletal muscle disorders.

“We report here a gene therapy dose-finding study in a large animal model of a severe muscle disease where a single treatment resulted in dramatic rescue,” said Childers. The findings demonstrate potential application across a wide range of diseases and broadly translate to human studies. The data supports the development of gene therapy clinical trials for myotubular myopathy, the researchers concluded.