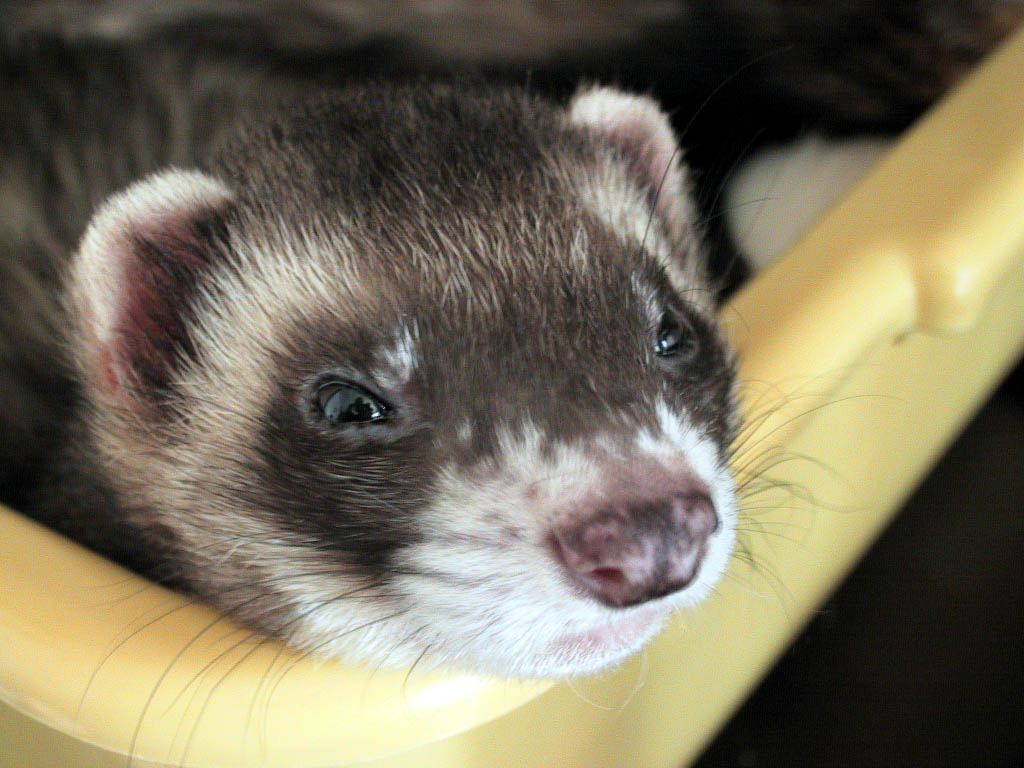 In what is likely to be a major step forward in the study of influenza, cystic fibrosis and other human diseases, an international research effort has sequenced the ferret genome. The sequence was then used to analyze how the flu and cystic fibrosis affect respiratory tissues at the cellular level.

“The sequencing of the ferret genome is a big deal,” said Katze, UW professor of microbiology, who led the research effort. “Every time you sequence a genome, it allows you to answer a wide range of questions you couldn’t before. Having the genome changes a field forever.”

Ferrets have long been considered the best animal model for studying a number of human diseases, particularly influenza, because the strains that infect humans also infect ferrets, These infections spread from ferret to ferret much as they do from human to human.

In the study, scientists at Di Palma and Alfoldi of the Broad Institute first sequenced and annotated the genome of a domestic sable ferret (Mustela putorius furo). They then collaborated with the Katze group on the subsequent analysis.  A technique called transcriptome analysis identifies all the RNA that is being produced, or “transcribed,” from areas of the genome that are activated at any moment.  This makes it possible to see how the ferret cells are responding when challenged by influenza and cystic fibrosis.

“By creating a high quality genome and transcriptome resource for the ferret, we have demonstrated how studies in non-conventional model organisms can facilitate essential bioscience research underpinning health,” said Di Palma, director of Science in Vertebrate & Health Genomics at The Genome Analysis Centre.

They then collected samples from the animals’ tracheas (windpipes at the base of the throat) and lungs on the first, third and eighth day of the infection for transcriptome analysis.

The Katze team found that two viruses affected the ferret trachea and the lungs differently. The 1918 virus, for example, triggered a marked transcriptional response in the trachea on the first day of infection, a response that was sustained though Day 8.

The 2009 strain, on the other hand, triggered a response that started slowly and grew gradually, peaking on Day 8.

“The 1918 flu elicited a huge response on day one and that response was sustained,” said Xinxia Peng, a research assistant professor in the Katze lab and a specialist in computational biology. He was lead author on the study. “The 2009 pandemic flu triggered a response that gradually grew over several days. They had very different trajectories.”

In the lung, however, gene transcription triggered by both viruses was roughly the same, but differed from that seen in the trachea. “This side-by-side comparison reveals that the host response to these two viruses differs primarily in the trachea and may explain the course of infection,” Peng said.

To better understand cystic fibrosis, John Engelhardt’s group at the University of Iowa genetically engineered a ferret lacking the gene for a membrane protein called the cystic fibrosis transmembrane conductance regulator (CFTR). Defects in the CFTR gene are responsible for this inherited disease, which affects 30,000 Americans. Such gene “knockout” models are a common way to study how loss of a gene or the inheritance of a defective gene affects cell function.

In the cystic fibrosis model, analysis of the transcriptome of the gene knockout ferrets revealed that changes in the expression of genes can be seen on the first day of life and increase significantly over the next 15 days.

“We found that there are transcriptional changes from day one, right out-of-the-gate, and many of the changes are very similar to those seen in humans,” said Peng. “The findings suggest that some of the disease processes responsible for the lung damage seen in cystic fibrosis begin very early in life.”

Katze said transcriptome responses seen in both the influenza studies and the cystic fibrosis studies closely resemble those seen in humans. The findings suggest that ferret models will not only help scientists understand these two diseases, but also a broader set of diseases including heart disorders and diabetes.