Naloxone is called a 'silver bullet' but is underprescribed as clinicians and patients resist conversations about addiction to legal, illegal drugs
Brian Donohue
09/23/2015 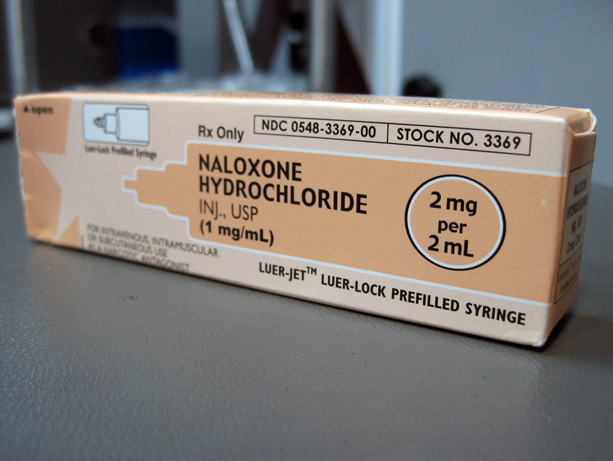 In urban and rural areas alike, the United States faces an epidemic of fatal overdoses linked to heroin and prescription painkillers, among other substances.

Every day, 44 Americans die from an overdose of prescription opioids, says the Centers for Disease Control and Prevention. In Seattle/King County, heroin-linked deaths increased 218 percent (from 49 to 156) between 2009 and 2014.

With this backdrop, it is remarkable that physicians are reluctant to prescribe naloxone, a drug so effective at reviving accidental overdoses, if administered in time, that it’s been called a “silver bullet.”

Jeff Hodson
Caleb Banta-Green is a UW affiliate faculty in the School of Public Health and at the Harborview Injury Prevention & Research Center.
picture of Caleb Banta-Green

The disconnect is fraught with distrust and reticence among both physicians and patients, said Caleb Banta-Green, a senior research scientist at UW’s Alcohol and Drug Abuse Institute.

At the heart of the issue, he said, is the stigma of addiction and its inexorable link to the word “overdose.”

Physicians resist offering naloxone for fear of offending chronic-pain patients with a suggestion that they’re vulnerable to overdosing. They worry that naloxone, if deployed unsuccessfully in an overdose, might spur a lawsuit. Patients resist asking about naloxone for fear that the doctor will, in caution, reduce or halt the opioid prescription that they perceive as making life manageable.

What’s more, medical professionals are not immune to biases about addiction, no matter whether drugs are prescribed or illicit. Such biases may predispose a physician not to offer naloxone, despite his duty to patient and public health.

“The person who is addicted is in crisis and can be very difficult to deal with,” Banta-Green said. In more than a decade of studying substance abuse, he’s heard visceral negative sentiments voiced toward addicts by police officers, first-responders and clinicians of every stripe.

“Whatever biases emerge from those experiences,” he said, “people need to recognize and acknowledge them. You may personally dislike or distrust addicts, but if your job puts you in contact with addicts, you need to do what the evidence says, and the evidence is clear on naloxone’s benefit.”

Naloxone is easily administered as a nasal spray or injection. It can revive people who have stopped breathing and is an effective antidote in more than 80 percent of deployments, Banta-Green said. Washington state’s pain-management law encourages co-prescribing naloxone for people at risk of overdose, but leaves the clinician to determine who those patients are.

Flickr | VCU CNS
Washington state’s pain-management law encourages co-prescribing naloxone for people at risk of overdose, but leaves the clinician to determine who those patients are.
picture of hands holding a syringe of naloxone

Approximately 200,000 people in Washington state take prescription opioids to manage chronic pain. Just a fraction of them are at high risk for addiction, but the whole population should possess naloxone, Banta-Green said.

The same goes for anyone who uses heroin or who knows or lives with a heroin user, he said.

“That is unequivocal. The overdose rate for heroin user is about 20 to 25 percent per year, thankfully most of which are nonfatal.”

In encouraging clinicians – mostly primary-care providers – to be willing to broach an uncomfortable conversation about naloxone, Banta-Green suggested language that sidesteps the stigma.

“It’s easier to frame overdose in terms of medication being inherently risky, like saying, ‘Naloxone is about the dangers of opioids, not about you.’  Instead of saying ‘overdose,’ say ‘more than your body can handle.’”

Another upside to addressing naloxone, he said, is that it invites a broader discussion of the pros and cons of chronic pain medication.

“It could improve the quality of their life. Remember that as many as 40 percent of people with chronic opioid prescriptions say they want to stop or decrease their opioid use, though we know it’s difficult for them”

In bridging the conversation, demand could come from the patient side, as well. Waiting-room fliers can sensitively raise patients’ awareness and appeal to common sense instead of spawning fear.

More information about the issue can be found at at stopoverdose.org, he added.