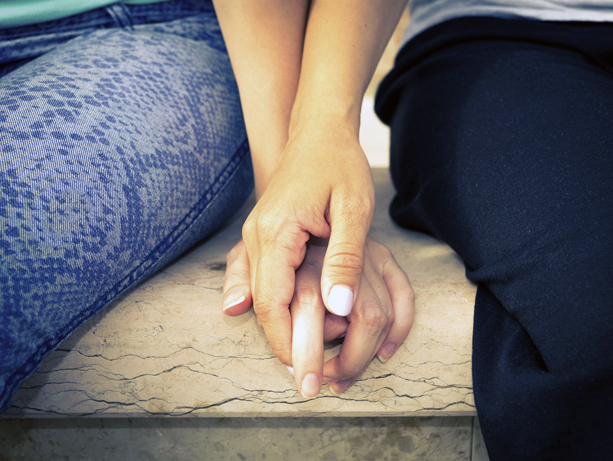 A confluence of factors raises lesbians' risk for cervical cancer, according to a new study from the University of Washington School of Nursing. The Nurse Practitioner journal published the study in January 2015.

Adult nurse practitioner Lindsay Waterman and Joachim Voss, UW associate professor of biobehavioral nursing and health systems, collaborated on a review of previous literature regarding lesbians’ healthcare, human papillomavirus (HPV), women’s risks for cervical cancer and other potential healthcare limitations, such as lack of insurance. Nearly all cases of cervical cancer are attributable to HPV.

Among factors that create greater risk of cervical cancer among lesbians:

Though HPV is very common and effective treatment options exist, long-term infection with the disease accounts for more than 99% of cervical cancer cases. Roughly 7.8 of every 100,000 women are diagnosed with cervical cancer annually in the United States. Screening guidelines for cervical cancer include no language or considerations for lesbians.
​Waterman had focused her research on perceived disparities of care between lesbian and heterosexual women, including the rate of screenings. She believed this disparity occurs at least partly because of lesbians' fear of disclosure based on negative experiences with coming out to heterosexual care providers.

Research showed that, despite at least four cervical-cancer studies that indicate 77% of lesbians have had sex with men, healthcare providers assume that lesbians lack sexual contact with men, and thus often do not encourage lesbian patients to get regular HPV screenings, Waterman said.

Clinicians are also unlikely to ask about a woman’s sexual orientation if they are unsure of the answer.

Lesbians are significantly underrepresented in health research, which may stem from reluctance to sign up for studies based on privacy concerns if they have experienced sexual-orientation discrimination in the past.

“If we are serious about reducing the rates of cervical cancer in lesbians, an unbiased health assessment by a provider must ask the question: ‘Do you have sex with men, women or both?’ ” Voss said.

This focuses on the actual sexual practices rather than a sexual-identity label. This initial knowledge will allow providers to screen lesbians on a regular basis for HPV and offer adequate protection through vaccines, or to initiate early treatment.