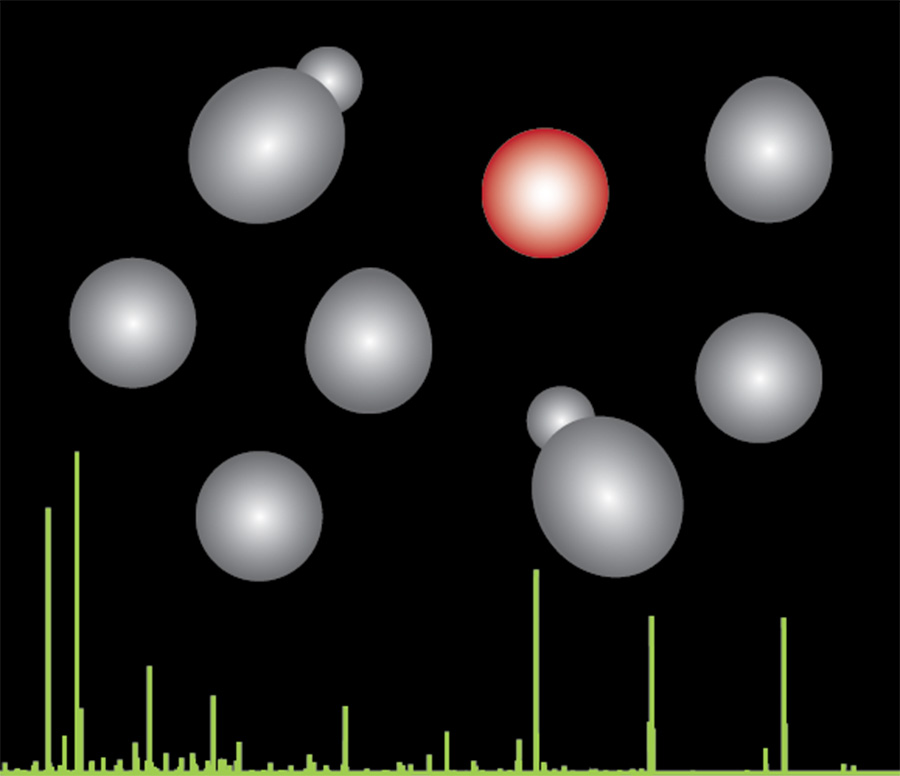 Living things have long used a previously unrecognized method for diversifying and evolving. This strategy, as reported this week in Science, could account for some of the variation seen across species.

The work was led by the labs of Pedro Beltrao of the European Molecular Biology Laboratory, European Bioinformatics Institute (EMBL-EBI) in the United Kingdom, and UW Medicine researcher Judit Villen, assistant professor of genome sciences at the University of Washington School of Medicine.

They worked with the labs of Maitreya Dunham, UW associate professor of genome sciences, and of Francesc Posas and Eulalia de Nadal of Universitat Pompeu Fabra in Spain as additional collaborators.

"This study is about understanding how evolution works, which tells you how species adapt to changing environments over many generations," said Beltrao in a news release on the paper from EMBL-EBI.

Most studies of evolution examine differences in the DNA or genome, but there are many implications of these differences that are not obvious by just looking at the DNA.

"For example," he said, "when you compare humans and chimps, they are obviously different, even though a good part of their genetic makeup is more or less the same. Our task is to figure out how diversity is generated, so that we can see in detail how life evolves."

The genome contains the instructions for making proteins, the machines and building blocks of life. These proteins are frequently modified after their production to regulate their biological function and other characteristics.

This mechanism offers an avenue to expand functional diversity beyond the sequences encoded by the DNA.

The researchers concentrated on a particular protein modification called phosphorylation.

"Phosphorylation is important to regulate protein function and to respond to changing environments," explained Villen, "so we thought new phosphorylation sites could be created during evolution to allow species to occupy new niches and adapt their metabolism to exploit available nutrients."

In their work, Villen and her collaborators traced the evolutionary history of thousands of phosphorylation sites on proteins across 18 yeast species. These are single-cell eukaryotic microorganisms that originated hundreds of millions of years ago.

Eukaryotes are living things whose cells contain a membrane-surrounded nucleus and whose DNA is housed in chromosomes. Human cells, too, are eukaryotic.

Existing knowledge about the origins and evolutionary history of yeast and their DNA sequences, along with recent developments in phosphoproteomics -- identifying and cataloging proteins modified by phosphate -- enabled the researchers to approach this project.

"Until recently," Villen said, "the technology was not ready to study phosphorylation at such depth or for so many samples. Now these experiments are much easier. In fact, a team of three very talented undergraduate students conducted most of the initial phosphoproteomic experiments for this project."

The authors found that only a small fraction of phosphosites -- locations on a protein molecule that can be phosphorylated -- remain conserved across the hundreds of millions of years that separate the various yeast species under study. Additional research on these few ancient sites suggests that the older sites are more likely to be functionally important, compared to those most recently acquired.

"Many young sites have also been found to be functional, and the fact that most of the sites are relatively new acquisitions shows the rapid scale of evolution of phosphorylation," Villen explained.

The researchers thought that the rapid evolution of phosphorylation could contribute strongly to the development of diverse characteristics observed across species or allow for new species to arise. This is analogous to what happens in cancer, where changes to cellular signaling and protein phosphorylation can alter what a cell looks like, as well as its metabolism, proliferation and migration properties.

Further analysis and comparisons of the yeast protein phosphosites revealed significant differences in phosphorylation motif preferences across species. Motifs are distinctive patterns around the site.

"This suggests that the proteins responsible for those phosphorylation events have changed in some way, either in abundance, specificity, or activity,'' Villen explained.

"On the whole, our results showed that the evolution of phospho-regulation is highly dynamic," the researchers concluded.

Changes in the regulation of proteins by such modifications, according to the scientists, have the capacity to quickly generate a diversity of solutions to conditions faced by organisms during evolution.

The Science article is, "Evolution of protein phosphorylation across 18 fungal species."