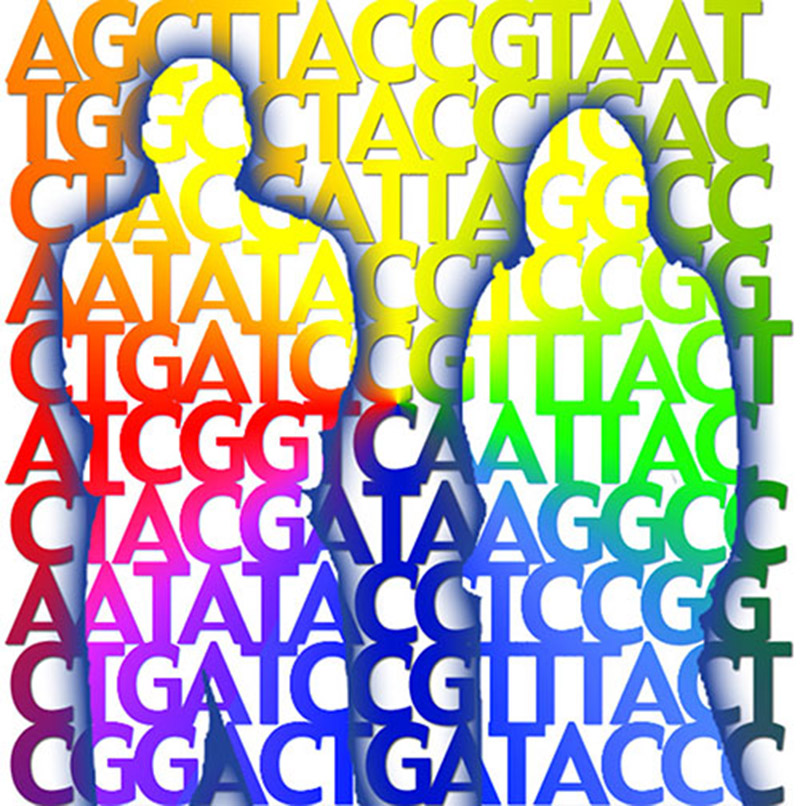 A study of 2,377 children with autism, their parents, and their siblings has revealed novel insights into the genetics of autism.

The findings were reported May 11 in Nature Genetics. Read the paper.

By analyzing data from families with one child with autism and one or more children without the condition, the researchers collected new information on how  different types of mutations affect autism risk. The genetic data was obtained from exome sequencing, which looks at only the protein-coding portions of the genome.

Significant progress in the past five years has been made in identifying the genetic risks for autism, particularly by finding that newly appearing gene mutations can contribute to the risk of autism. These mutations are called de novo because they appear in the child but not in either parent. Not all cases of autism however, can be attributed to de novo mutations.

To try to learn what else might confer genetic susceptibility to autism, researchers examined risk from other types of mutations, including those inherited from the mother or father.

In the study, the researchers quantified the autism risk of inherited gene mutations that truncate the formation of proteins. They were particularly interested those proteins which are usually unscathed in the study subjects unaffected by autism.

The researchers found that the effect was strongest when they observed mutations transmitted from mothers to sons. This observation suggests a female may harbor such mutations without developing autism, but when the mutations are passed along to her male offspring, the boys are at risk of the condition.

The study also provides one of the most complete genetic pictures of autism to date. The scientist were able to compare both small mutations of single base-pairs in  DNA  as well as larger deletions and duplications of the genome.

“The ability to examine these two types of genetic variation in exome sequencing data is the first step toward obtaining a more complete genetic picture at an individual level in the context of autism," noted Niklas Krumm and Tychele Turner, both of the University of Washington Department of Genome Sciences, and lead authors of the study.  Evan Eichler, UW professor of genome sciences and a Howard Hughes Medical Institute investigator, was the senior and corresponding author.

The authors pointed out that understanding the biological pathways affected by the gene mutations, and the abnormal proteins these genes produce, could help in the search for diagnostics and treatments for autism. Such knowledge could eventually lead to the discovery of biomarkers for identifying various types of autism or suggest therapeutic targets for future treatments.

"These findings are a major advance in understanding the genes that play a role in autism," said Raphael Bernier, clinical director of Seattle Children's Autism Center, associate professor at the University of Washington and one of the researchers in the study. "Knowing more about these genes will set the stage for personalized medicine by allowing for targeted treatments specific to an individual. This gives parents more insight and information about their child's condition. "

The data used in the study, “Excess of Rare, Inherited Truncating Mutations in Autism” came from families participating in the Simons Simplex Collection and from the Simons Foundation Autism Research Initiative.  The data set including millions of genetic variants, was generated in collaboration with the National Database of Autism Research , and has been made freely available to other autism researchers.

The study was funded by grants from the Simons Foundation, the National Institute of Mental Health and the National Database of Autism Research.