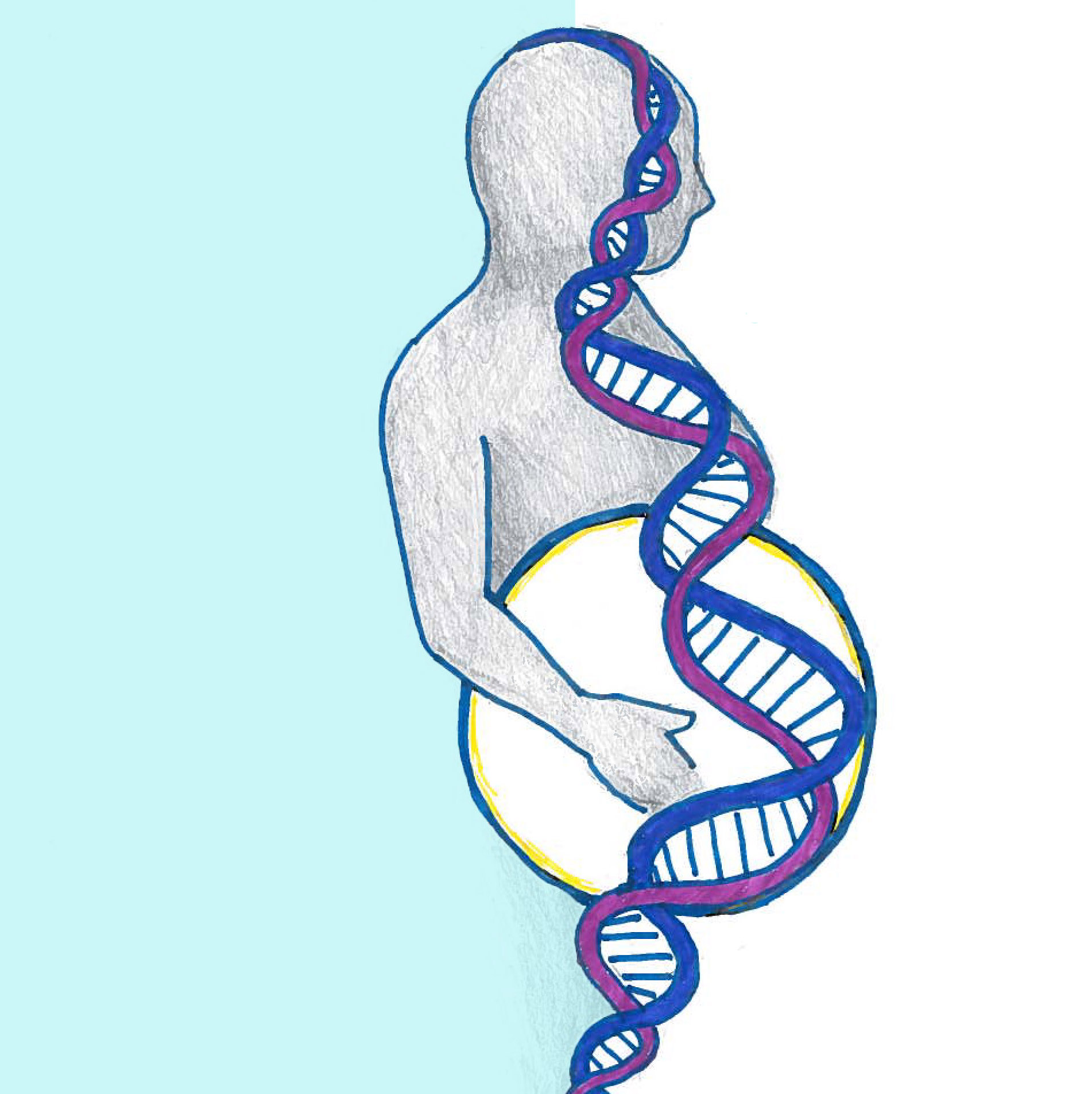 A prenatal blood screen for extra or missing chromosomes in the fetus might give false-positive results if the mother’s genome contains more than the usual number of certain DNA segments.  This finding is reported April 1 in the New England Journal of Medicine.  The article is part of a collection of papers examining screening tests now available to patients due to recent advances in genome sciences.

Researchers at the University of Washington, Fred Hutchinson Cancer Research Institute, and the Howard Hughes Medical Institute worked together to analyze false-positive results from the newer prenatal genetic screens.

The newer prenatal genetic screens analyze cell-free DNA circulating in the mother’s blood during pregnancy. The tests are safer and less invasive than sampling the fluid surrounding the fetus in the uterus.

The blood tests are now routinely offered to pregnant women whose offspring might face greater odds of certain genetic conditions, such as the chromosome trisomies that are more common in children born to older mothers.  In a trisomy, there three, instead of the usual two, copies of a particular chromosome.  Some trisomies, such as Edwards and Patau syndromes, cause life-threatening medical problems and have high stillbirth and newborn mortality rates.

The overall reduced incidence of uneven chromosome counts in low-risk pregnancies, however, limits the positive predictive value of these non-invasive prenatal screening tests.  Researchers want to understand why false positive results occur so they could be minimized.

“Currently, the causes of false positive results are poorly understood,” the researchers noted.  Many explanations have been proposed:  the mother may have mosaicism, that is, her body’s cells may not be all the same in their genetic makeup, or she might have an undetected tumor, or she could have originally been carrying twins but one embryo vanished, or the test was not run properly.  Yet in only a small number of instances has the actual reason for the false-positive been tracked down.

Snyder, Simmons, Gammill, Shendure and their colleagues studied the cases of four women whose prenatal screening results suggested a trisomy.  One had a positive test for trisomy 13, and the others for trisomy 18.  Additional testing during pregnancy showed that the babies were developing normally.  The babies were born healthy and without the predicted condition.

Analysis of the mothers’ DNA revealed that two had duplicated regions on their own chromosome 18.  This is called a copy-number variant:  people can differ in the number of repeats of certain segments of their genomes.

The researchers built upon this discovery to model the effects of a range of sizes of copy-number variants on chromosomes 13, 18 and 21. The researchers considered several factors in calculating the effect of duplicated chromosome regions on the risk of false positive results from the non-invasive prenatal genetic screening.

“The approach used in the screening tests assumes that every woman carries the same proportion of genetic material on a given chromosome,” the researchers explained.  In fact, they pointed out, chromosomes vary slightly in composition and size from person to person due to inherited or spontaneously occurring deletion or duplication of regions of the genome.

The researchers estimated, from  the frequency by which differences occur in the number of repeated regions in genome samples across a  large European population,  that maternal copy-number variants may contribute substantially to an elevated risk of false-positive results.

In looking at their findings, the researchers made several technical suggestions on how screening tests could be improved to reduce the number of false-positive results. They also emphasized that, because of the limitations of the blood test, follow-up diagnostic testing is essential.

“The effects of false positive screening results go beyond the clinical risks and financial costs of diagnostic testing,” the researchers wrote, “and include potentially substantial psychological stress for patients.”  They added that the modeling performed in their study, based on population-wide frequencies of copy-number variants, provides initial estimates on which larger, more definitive studies can be based.

Grants from the National Institutes of Health K08KHD067221, 1R01MH101221, DP1HG007811 and from the Washington State Obstetrical Association supported this research.