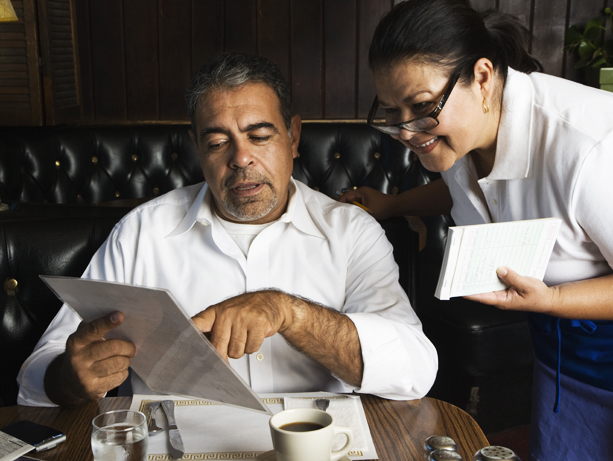 Offering restaurant workers flu shots at work nearly doubled the percentage of immunizations among them, according to a small study conducted by researchers at the University of Washington School of Public Health and the U.S. Centers for Disease Control and Prevention.

Workplace vaccination programs have been effective in other industries but their efficacy in restaurants is unknown, said Meredith Cook Graves, lead author of a the paper published in American Journal of Health Promotion. Graves was a public health doctoral student when she did the research. Dr. Jeffrey Harris, chair of the school's Department of Health Services, led the study.

Restaurant workers are an important group to reach because of their number (about 4.6 million in the United States) and because they typically work with the public, which increases chances of catching the flu. Moreover, restaurant workers generally have no paid sick leave, so contracting the flu could mean losing several days of wages and tips. Many lack health insurance altogether.

Flickr | Thomas Hawk
Many restaurant workers have no paid sick leave, so contracting the flu could mean losing several days of wages and tips.
picture of restaurant waitress taking order

“In an office setting, most people come to work at the same time, so a community vaccine worker can come for a couple of hours and immunize almost everyone. But that's not the case for restaurant shift workers -- and when they are at work, it's usually busy and they can’t always take time to get a shot.”

Although the CDC recommends everyone older than 6 months get vaccinated against the flu annually, only about one in three young adults do so. Vaccination rates among restaurant workers may be even lower, as they tend to be young, low-income, less educated, and come from minority groups. All these factors are linked to low vaccination rates

Graves and her colleagues helped set up two-hour-long vaccination events in 11 Seattle-area restaurants. Three were chain restaurants with three to four locations; one was a single standalone restaurant.  “These were casual dining restaurants where you would go to have a sit-down meal,” says Graves, now a health-services analyst at the VA Puget Sound Health Care System.

The researchers worked with the restaurant managers to promote the events, providing fliers, posters and templates for emails and texts. Employers were encouraged to make group announcements and to talk with employees individually. The vaccines were free.

The effort boosted the overall vaccination rates among workers to 46%, up from 26% the previous year. For about one-third of the workers, and for half of the Hispanic employees, it was the first flu vaccine they had ever received.

Results were better at some restaurants than others: One restaurant saw its employee-vaccination rate jump 46 percentage points while another improved only 2 percentage points. Managers' attitudes might've played a role in the variance, Graves said. “If the manager was a champion, enthusiastic and speaking with employees one-on-one, that’s where we saw the biggest improvements in vaccination rates.”

Although the study was small, the findings suggest that this approach can succeed on a larger scale. Graves and colleagues hope to conduct a larger study to demonstrate that the approach is cost-effective.

(A related but separate paper about health promotions targeting restaurant workers was published today by UW and CDC authors.)