Ethics and end-of-life care: Is it beneficial? Is it futile?

Ethics and end-of-life care: Is it beneficial? Is it futile?

Q&A: In determining whether to continue care that prolongs patients’ lives, hospitals and physicians apply guidelines, but inconsistently.
Brian Donohue
03/10/2014 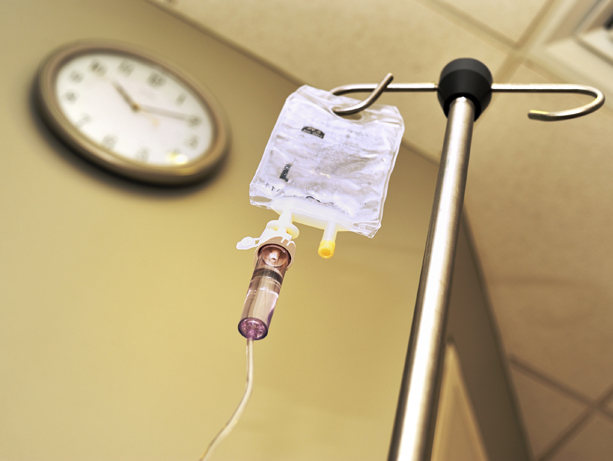 [Editors’ note: This is the fourth in a series of seven articles about bioethics. Q&A’s include UW experts discussing the beginning of life, end of life/futility, clinical consultation, pain care, research and teaching. An overview started the series.]

Mark Tonelli is a pulmonologist and professor in UW’s Division of Pulmonary and Critical Care Medicine. He is a member of UW Medical Center’s ethics consultation service. Nancy Jecker is a professor of medical ethics in UW’s Department of Bioethics and Humanities. They discussed considerations around end-of-life care, including the point at which further intervention is deemed “futile.”

Brian Donohue
"Families may hear mixed messages. They hear you say the patient is not going to survive, but the nephrologist just told them the kidneys are looking better," said Dr. Mark Tonelli.
picture of Dr. Mark Tonelli

Q: How do you define medical 'futility'?
Jecker: Medical futility arises when the likelihood that a medical intervention will achieve its intended goal falls well below a quantitative threshold, or when the quality of outcome associated with treatment falls well below a threshold. The intuitive idea is that even when medical interventions can prolong biological life, they may not benefit the patient.

Colleagues and I have proposed that treatment should be regarded as futile, quantitatively, when there is less than one chance in 100 that a treatment will accomplish its intended goal. This is based on the observation that, in clinical trials, if an intervention produces its desired effect in only 1 in 100 cases, this is not considered significant because it may be due to chance.

Tonelli: We could come up with an example of futility that we all agree on: the guy who has been missing for three days who’s found in his house with rigor mortis. Doing CPR in that setting is futile, we can all agree. But in real cases, it gets difficult to say an intervention has less than a 1% chance of working. And people argue that figure is arbitrary; why not less than 3% or 5%? So any definition of futility is by its nature arbitrary. And even if we could agree on the threshold, we’re not as good at prognostication as we think. That is the first problem with using futility in practice.

Clare McLean
"Even when medical interventions can prolong biological life, they may not benefit the patient," said Nancy Jecker, UW professor of medical ethics.
Picture of professor Nancy Jecker

The other consideration is that we on the medical side get to decide what’s beneficial. We say this is “futile” and we shouldn’t preserve the patient’s life for another minute. Yet patients and families may disagree, they may see benefit in maintaining someone who’s in the ICU but won’t leave the ICU alive. So who gets to decide what’s beneficial?

Those are the two major challenges with futility in clinical care.

Q: Is it mostly oncology patients we’re talking about?
Tonelli: In many people’s minds, cancer is the classic model for reaching the end of medical options and focusing on the patient’s comfort. But such cases can occur in transplant patients, those with organ failure, in critical or advanced illness in general.

Jecker: Medical futility also can apply to any type of medical treatment for patients at any stage of life. A 92-year-old patient who needs a hip replacement is a good illustration. It’s not necessarily futile; if the patient stands to benefit, then the fact she is 92 is irrelevant. However, an intervention such as CPR might be futile on a very young patient, such as a newborn with encephalopathy.

Jecker has authored more than 100 articles and chapters on ethics and healthcare, including these textbooks. (Click for full view.)
covers of Nancy Jecker's textbooks

Q: Do hospitals draw the line at different places?
Tonelli: Hospitals don’t always draw the line. They may use the term “futility” without a firm definition.

Jecker: It is important to avoid using the term “futility” to refer to the patient, to treatments globally or to care more broadly. “Futility” refers to a particular treatment for a particular patient at a particular time.

Q: Then it’s left up to the physician?
Tonelli: Yes. There was a study early on by Randy Curtis at Harborview that showed, even if you define futility for physicians and then ask them whether certain cases meet “futility,” they’re all over the board. Even in a particular case, physicians don’t agree.

Q: Do you think patients would be surprised to learn that?
Tonelli: I think families often are surprised that physicians aren’t more certain in making prognoses. Admitting uncertainty is generally a good thing, but sometimes it throws families off.

As for futility, I think patients don’t know what to do with the term. It’s a conversation-ender, and that’s why I don’t use it in practice. I might tell a family, “If things get better, this is what we’d expect to see. And if things get worse, if the kidneys fail or the heart stops, we would not perform dialysis or CPR in this circumstance, and here’s why.”

Q. Is there a process to that discussion?
Tonelli. Usually in the Intensive Care Unit, we’re talking with the family because the patient is so sick. In oncology and other advanced diseases, patients can often have a conversation ahead of time. The process is generally to try to understand from the family where they think the patient is and what they understand about the disease, to try to answer questions they have, and then to ask for their input regarding what the patient would want.

The vast majority of the time when conversations involve end-of-life care, we don’t invoke futility at all. We’re talking about the relatively poor prognosis and the quality of life of the patient, even if they survive.

I do think of futility in cases where we on the medical team are going to set limits. I try to prepare families for what’s likely and where those limits are. The more you can do that ahead of time, the better it goes. It’s a harder discussion if you suddenly announce, “We’re at the limit,” without having had a prior conversation. One of the most important aspects of care is to build trust with the patient and family, so that if things don’t go well, they still value your input and they’re not surprised.

Jecker: I also would emphasize that when a treatment is futile, health professionals remain obligated to pursue other treatments that maximize comfort and dignity for the patient.

Q: When you have this conversation with patients and families, is it typically met with acceptance or resignation?
Tonelli: In the vast majority of discussions around withholding and withdrawing care, yes, patients and/or their families appreciate the frank discussion and understand there are limits to what we can do. There are times when they do not, and those cases get the most attention.

Jecker: During the 1970s and ’80s, the cases that gained attention typically dealt with situations where patients or families wished to withdraw treatment against the wishes of the hospital or medical team. The healthcare institution felt it was improper to stop treatment or wanted legal immunity first. During the ’90s, that trend reversed:  Increasingly, cases dealt with situations in which the patient, or more often the family, wished to do everything possible for a loved one, against the wishes of the medical team or hospital.

Q: Of those cases where your assessment is challenged, are there similarities? Does it more often involve a trauma, where the family hasn’t had a chance to prepare, rather than a chronic disease?
Tonelli: I would say it’s just the opposite. If I reflect back on the cases where it’s been contentious between the medical team and the family around limits of care, they’ve all been chronic cases. They’ve often been told, at other junctures, that the patient was going to die and there was nothing left to do – and the patient has survived. It’s pretty hard to convince someone who’s had CPR and survived that CPR will not be beneficial, right?

Oftentimes there’s been a loss of trust between the providers and families. There’s a sense from the patient or family that these limits are arbitrary and that the patient or family needs to advocate. Very often it’s a family advocating for a patient who can no longer participate. They don’t want to give up, or were asked by the patient to never give up, and the family feels obligated to push for interventions even if they can acknowledge that they won’t be beneficial.

Jecker: Too often, patients and families insist on futile efforts because such efforts symbolize caring. There are better ways of caring for patients.

Q: Can you give an example of disagreement between providers?
Tonelli: One pattern is that some subspecialist is focusing on their organ, say, a pulmonologist focused on the lungs. In his or her mind, in isolation, that organ might be getting better. But from the global perspective, things aren’t getting better. It behooves us to have the teams talk about the big picture before you go meet with the family. Families may hear mixed messages. They hear you say the patient is not going to survive, but the nephrologist just told them the kidneys are looking better.

Other times there’s frank conflict, where one group of caregivers thinks we need to press on, that there’s hope, and another group says we need to stop.

Q: How easy is it to find middle ground when disagreements exist?
Tonelli: It’s important to recognize that everybody at the table has the patient’s best interest at heart. Sometimes just acknowledging that out loud makes it easier to talk about accommodations.

Q: What’s an example of an accommodation?
Tonelli: The classic one is that the patient is going to die, further intervention is medically inappropriate, yet family members have not had a chance to say goodbye. Or they don’t want the patient to die on his birthday or, say, Christmas. So support is continued for a short period. These accommodations happen all the time.

Sometimes we will try an intervention, even if we are pretty sure it will not work, because there’s been a discussion with the family about limits and how we will judge success. I don’t go into every family meeting to get an answer that I want or that I think is appropriate. I’ve gone into meetings thinking I know the right course of action and left thinking something else. The right course of action depends on the patient and their values. You start with a common understanding of where we are medically and the patient’s goals and values. That’s shared decision-making, which is ideal.

Q: Do you think the Affordable Care Act will change end-of-life care?
Jecker: I think emphasis is increasingly going to be placed on evidence-based medicine as a basis for determining reimbursement. This has the potential to reduce the use of non-beneficial services. The more challenging task will be determining how to distribute scarce dollars to pay for beneficial but expensive therapies.