ER’s brace for ladder injuries, especially among those 55+

ER’s brace for ladder injuries, especially among those 55+ 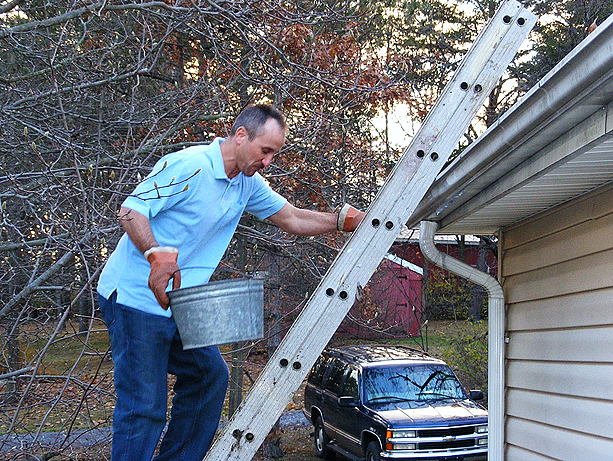 Finally, Western Washington’s extended summer is giving way to autumn. And with that, ICU nurses are bracing for the predictable increase in falls from ladders and roofs. From now till April, more people will ascend to string holiday lights, clear leafy gutters and figure out where rainwater is getting into the house – and land in the hospital.

Mostly it’s men: can-do guys 55 and older who would scoff at the notion that they’re too old to climb a ladder, said Lori Davis, a Harborview Medical Center ICU nurse. In or near retirement, they don’t realize or are loath to acknowledge that their balance has diminished.

“Five years ago I saw my neighbor across the street getting on his ladder. His wife is standing below, telling him to get down,” she recounted. “A couple weeks later I found out that he had fallen that day.”

U.S. hospitals report more than 164,000 ladder-related injuries and 300 such deaths every year, according to The World Health Organization. Most deaths involve falls of 10 feet or less.

“With older people it’s going to be the head and neck. They’re 70 years old and they’ve broken their neck and are paralyzed. We’re talking about injuries that, even if they aren’t fatal, radically reduce the quality of life.”

In 30+ years as a speech pathologist and therapist, Joyce Hedges has treated at least 50 people – a conservative estimate, she said – who have sustained ladder or roof falls.

“My focus is the ones with brain injuries. They can be mild to severe, but a mild brain injury in an older person is much more debilitating than it is in a younger person who doesn’t have other medical issues and will recover faster,” Hedges said.

Flickr | Drregor
Balance declines with age, and can also be impaired by medical conditions and medications.
picture of person standing on ladder at corner of roof

With therapy, a good portion of these patients recover their faculties, she added, but it might take a year.

If you’re 55 or older, consider staying off ladders, both caregivers advised. If you can afford a couple hundred bucks, hire someone who has the right equipment, the right shoes, who is insured and who takes appropriate precautions because their livelihood is at stake. Plenty of businesses clear gutters, others install holiday lights, and some do both.

Davis suggested that retirement-age homeowners take a pledge with their spouse or best friend to avoid ladders and roofs.

“Having your life change forever, and in an accident that is entirely avoidable – that’s not what you work so hard for,” Davis said. “Have somebody come and do it for you.”