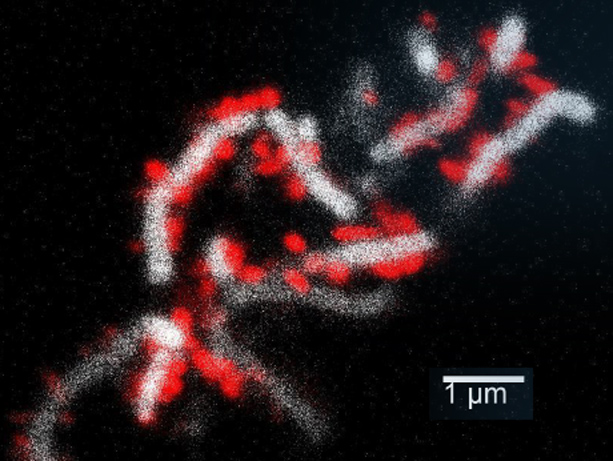 A team of researchers including Jeff McLean of the University of Washington has published dramatic new findings on bacteria that are detectable but have evaded cultivation in the lab. Known as “microbial dark matter,” some are suspected culprits in the development of debilitating and chronic disease.

In a paper published online in December's Proceedings of the National Academy of Sciences, McLean and his colleagues reveal unprecedented molecular insights into the lifestyle and pathogenesis of Candidate Phylum TM7, a large group of related bacteria found in many environments in the world but which have previously eluded cultivation attempts.

Jeff McLean is acting associate professor of periodontics at the University of Washington.
picture of Jeff McLean of UW

TM7 has been among the estimated 40 to 60 percent of bacterial types in the human body that are uncultivated. It has been implicated in inflammatory mucosal diseases due to its increased abundance in patients with periodontitis.

“I consider this the most exciting discovery in my 30-year microbiology research career,” said Wenyuan Shi of UCLA, one of the team’s leaders along with Xuesong He of UCLA and McLean, who collaborated as a member of the J. Craig Venter Institute before joining the UW School of Dentistry this year.

The team’s discovery of how TM7 actually grows sheds significant light on the biological, ecological and medical importance of TM7 and could also help better understand how to grow other difficult bacteria. The TM7 phylotype or genetic cousin cultivated by the team – TM7x, a human bacterial form found in the oral cavity – is intriguing for its potential association with chronic inflammation of the digestive tract, vaginal disease and periodontitis.

What sets TM7x apart is that it is a bacterium that lives on the surface of another bacterial strain, Actinomyces odontolyticus (XH001), yet TM7x also has a parasitic phase in which it kills the bacterium on which it lives.

“Once the team grew and sequenced TM7x, revealing it has a very minimal genome with no biosynthetic pathways to make its own amino acids, and then captured images of this nano-sized bacteria growing on a larger bacterium, we could finally piece together how it makes a living in the human body,” said McLean. “This may be the first example of parasitic ectosymbiosis between two different bacteria – where one species lives on the surface of another species gaining essential nutrients and then decides to thank its host by attacking it.”

“The uncultivable microbiota presents a fascinating ‘final frontier’ for dental microbiologists and is a high priority for the NIDCR research portfolio. Obligate epibionts such as TM7x provide a near-perfect case study of how co-cultivation strategies and a thorough appreciation for interspecies signaling can facilitate the recovery of these elusive organisms,” said Dr. R. Dwayne Lunsford, director of the microbiology program at the National Institute of Dental and Craniofacial Research.

“Although culture-independent studies can give us a snap-shot of microbial diversity at a particular site, in order to truly understand physiology and virulence of an isolate, we must ultimately be able to grow and manipulate these bacteria in the lab.”

Further investigations into TM7x will seek to reveal more about its unique relationship to XH001 and how this co-occurrence is responsible for mucosal diseases. Future findings could have implications for potential treatment and therapeutics.

Other collaborators on this study include Renate Lux and Anna Edlund from the UCLA School of Dentistry; Shibu Yooseph, Adam P. Hall and Karen E. Nelson from the J. Craig Venter Institute; Su-Yang Liu and Genhong Cheng of the UCLA Department of Department of Microbiology, Immunology, and Molecular Genetics; Pieter C. Dorrestein, University of California at San Diego Departments of Chemistry and Biochemistry and Pharmacology; Eduardo Esquenazi, Sirenas Marine Discovery; and Ryan C. Hunter, University of Minnesota Department of Microbiology.