Dying cells can protect their stem cells from destruction

Dying cells can protect their stem cells from destruction 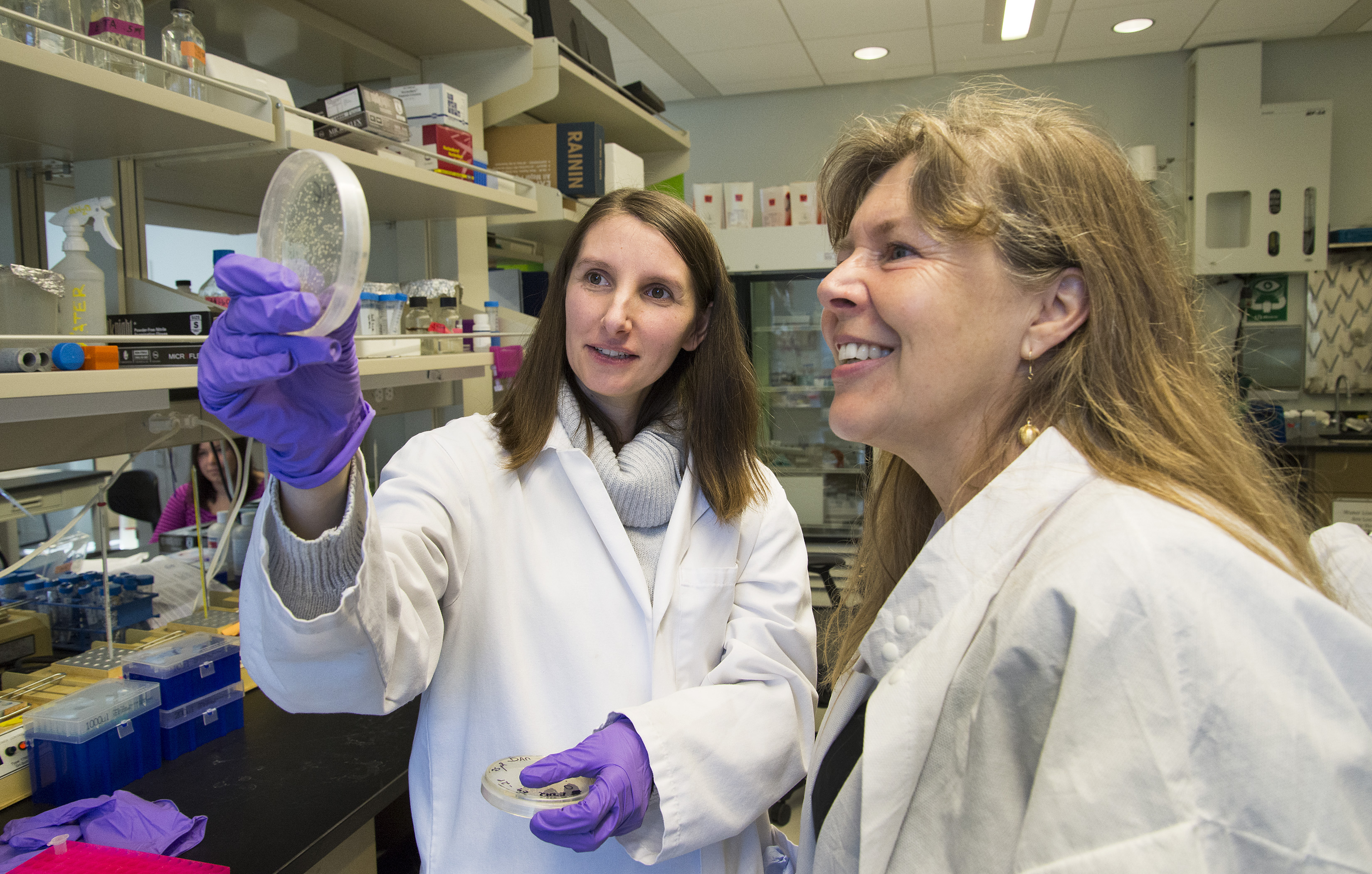 Cells dying as the result of radiation exposure or chemotherapy can send a warning to nearby stem cells. The chemical signal allows the stem cells to escape the same fate, University of Washington researchers report in the May 11 issue of the journal Nature Communications.

The discovery may explain why many cancers return after initially responding to treatment and could lead to new, more effective cancer drugs, says Yalan Xing, a postdoctoral fellow in the UW Department of Biochemistry and lead author of the study.

Most human tissues harbor adult stem cells. These cells regenerate endlessly and produce daughter cells that can mature into a wide variety of cell types. This makes it possible for our bodies to grow and to replace damaged or aging cells. Many cancers, however, harbor similar cells, called “tumor-initiating cells” or “cancer stem cells.” They, too, have can give rise to new tumor cells.

Both cell types share another property: they often can survive radiation and chemotherapy. In the case of stem cells, this ability allows our bodies to recover from these treatments. In the case of tumor-initiating cells, however, this survival strategy makes it possible for tumors to resist treatment and return.

To find out how these cells survive exposure to what should be lethal doses of radiation and chemotherapy, Yalan Xing and Hannele Ruohola-Baker, professor of biochemistry, associate director of the UW Institute for Stem Cell and Regenerative Medicine and the senior author of the study, looked at adult stem cells in the fruit fly and the natural weeding of unneeded cells called apoptosis.

Apoptosis, also known as programmed cell death, is an orderly clean-up method that our bodies follow to eliminate cells that are damaged, aged or no longer needed. In the case of radiation exposure and chemotherapy, damage to a cell’s DNA from these treatments triggers apoptosis and cell death.

In their study, the researchers show that, after exposure to radiation, dying daughter cells release a protein, called Pvf1, which is like a human protein called angiopoietin and which binds to receptors on nearby mother stem cells, called Tie receptors. This protein-receptor binding causes the stem cells to produce a short piece of RNA, called microRNA bantam, that represses the generation of a key protein, called Hid/Diablo/Smac, needed to trigger apoptosis.

The upshot is that while the stem cells, like their daughter cells, may have suffered severe DNA damage, with Hid production repressed, they are prevented from self-destructing.

“Essentially, the children tell the mom to protect herself,” said Xing.

Because they are prevented from immediately destroying themselves, the stem cells survive until it is time for them to reproduce and regenerate tissue. The  research team proposes that, as the stem cells get ready to reproduce, they activate a battery of mechanisms that repair damaged DNA. By blocking apoptosis, the dying daughter cells have enabled their mother stem cells to survive until they have best chance of  recovering from the treatment-induced DNA damage and of regenerating damaged tissue.

This system makes evolutionary sense, Ruohola-Baker said. By protecting the mother stem cells, the martriarchs, the dying daughter cells preserve the only cell type that can regenerate the tissue, the adult stem cell.

“There are very similar genes and proteins in human cancers that are likely playing the same role of protecting the tumor-initiating cells from destruction. As a result, the tumor-initiating cells survive and the cancers return. By targeting these factors, perhaps by blocking Tie receptors, it may be possible to block the protective signal from the daughter cells, and thereby allow programmed cell death to proceed in the mother stem cells and prevent cancer.

This work is supported in part by the Western State Affiliates Postdoctoral Fellowship from the American Heart Association, a gift from the Hahn Family and grants from the National Institutes of Health R01GM097372, R01GM083867 and 1P01GM081619.