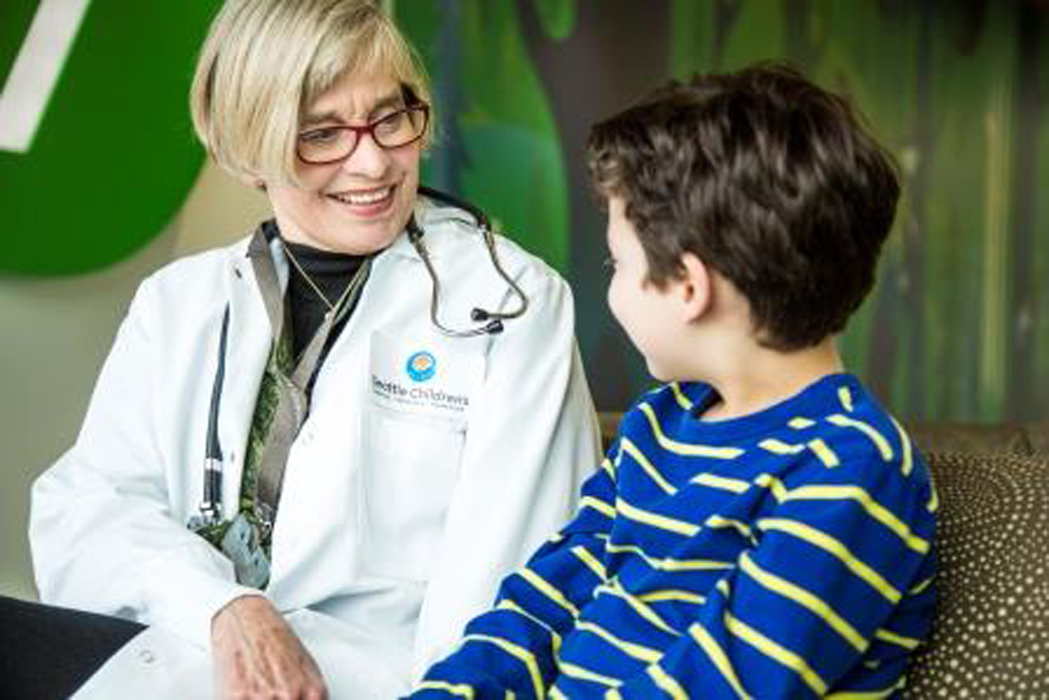 Dr. Bonnie W. Ramsey, a leader in cystic fibrosis clinical care and research, has been elected to membership in the National Academy of Medicine.  Ramsey is a UW Medicine and Seattle Children’s pediatrician specializing in lung diseases.

A University of Washington professor of pediatrics and vice chair of research for the UW Department of Pediatrics, Ramsey directs the Center for Clinical and Translational Research at Seattle Children’s.  She holds a UW Medicine Endowed Chair in Cystic Fibrosis Research named in her honor.

Ramsey is noted for testing new therapies for cystic fibrosis, a genetic disorder that causes breathing difficulties, susceptibility to respiratory infections, and other serious medical problems.

When Ramsey started in this field three decades ago, it was a time when most children with the condition died in their teens.  Now, as a result of better treatments, many patients are living into their 40s. Among the latest advances Ramsey helped lead was a clinical trial for a drug combination that could benefit patients with the most common genetic mutation linked to cystic fibrosis.

Election to the National Academy of Medicine is considered to be one of the highest honors in the fields of health and medicine.  Current active members elect new members from among candidates nominated for their outstanding professional achievements, for their commitment to public service, and for their role in advancing medical sciences, health care and public health.