Is aquatic life harmed by medicine, shampoo and toothpaste rinsed into our drains?
Elizabeth Sharpe
10/15/2014 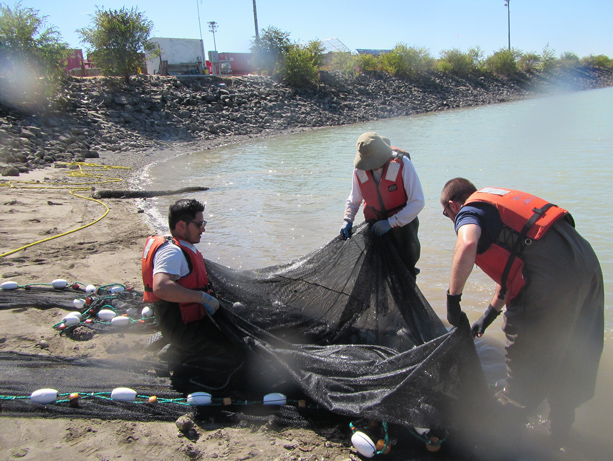 Chemicals in shampoo, toothpaste and medicines are being detected in surface waters and fish nationwide. Their presence is fueling suspicion that some pharmaceuticals and personal care products are causing ecological harm. However, few facts are known about actual effects on aquatic life, because little research has been done on the topic.

University of Washington scientists are now testing whether these chemicals are in south Puget Sound and then investigating their effects on fish. The Washington state Department of Ecology is funding the project.

“State and federal agencies are under pressure to identify specific compounds among thousands that may pose ecological risk. It’s a formidable task,” said Evan Gallagher, UW professor of environmental and occupational health sciences in the School of Public Health.

Over the next two years, his team will analyze 126 drugs and personal care products in fish and water samples. They will study links between the chemicals and adverse effects in two species: juvenile Chinook salmon and the Pacific staghorn sculpin.

The researchers are developing molecular, biochemical and physiological indicators – biomarkers – to identify which species and sites may be at risk.

To test the variables, the researchers are comparing fish and water in estuaries downstream of wastewater-treatment plants with fish and water farther away. They will also validate the biomarkers with studies that examine how much of a chemical is necessary to produce an adverse reaction.

In his 30-year career, Gallagher has investigated such waterway pollutants as copper from automotive brake pads and flame retardants from furniture, and identified biological markers of injury. He is looking for any links between exposure and fish fitness and survival. He has discovered molecular and biochemical biomarkers that can indicate harmful effects of chemicals that originate from wastewater-treatment plants and agricultural and industrial sources.

In a lab setting, a particular compound can adversely affect fish in terms of growth or reproduction. In the environment, however, the exposure might be a thousand or a million times less, Gallagher explained. The compound’s mere presence may be less detrimental, if it is a detriment at all, to the animal’s health.

“We have to look carefully at the level of exposures that the fish are receiving,” Gallagher said, "and then determine if these exposures are causing subtle changes that affect the animals' physiology."

He is working with Andrew Yeh, a Ph.D. student in environmental and occupational health who is co-managing the project's logistics; Graham Young, professor of aquatic and fishery sciences; and James Meador, a research ecotoxicologist with the Northwest Fisheries Science Center.